Written by Shona Smith on Jan 11, 2019. Posted in Production News

Principal photography has begun on an adaptation of Ruben Östlund’s 2014 Golden Globe nominee Force Majeure. Entitled Downhill, the film has begun filming in the Austrian alps.

Directed by Nat Foxon and Jim Rash (The Way, Way Back) and starring Julia Louis-Dreyfus (Enough Said) and Will Ferrell (Daddy’s Home Two) the film has been described as a “tale of bad judgement and moral weakness” by producer Anthony Bergman.

The plot, having been adapted from the Swedish original follows a family which, after barely escaping an avalanche during a ski vacation in the Alps, is thrown into disarray as they are forced to reevaluate life, and how they truly feel about each other. 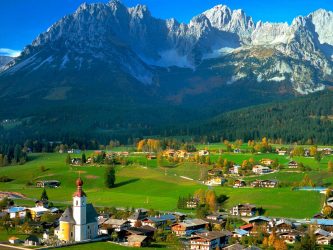 The Austrian shoot is concentrated around the resorts of Ischgl and Fiss in Austria’s Tirol Alps as well as the capital city Vienna. 2015 James Bond film Spectre was one of the most notorious productions to have shot in the Tirolean alps to date for a high intensity chase scene.

In a curious twist of fate, the films plot reflects a current concern for the region. Production commenced as a band of particularly harsh weather has hit parts of the Austrian and German Alps. Some Austrian ski resorts have suggested that it could be the most snow they have seen for nearly thirty years, and The Austrian Avalanche Warning Service has said that the danger of incidents remained high. However, not all areas have been affected and Austrian minister for tourism Elisabeth Koestinger “in most skiing areas, there is no reason for concern at present if people keep to the rules and don’t leave the secured slope”. 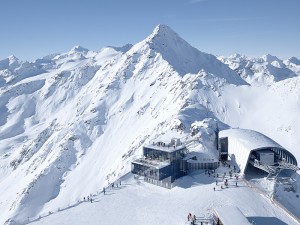 Austria’s FISA scheme offers international feature films up to 25% of eligible costs. International productions serviced in Austria must have a budget minimum of EUR 4 million to apply.