Downtown Belgrade blossoms into a fairy-tale setting for TVC

Germany’s Serviceplan Campaign deliver a whimsical and uplifting spot for supermarket chain Penny’s that presents the Serbian capital in a fresh light. The production, which heavily relied on set design to create this fairy-tale environment, was one of the largest the capital has seen to date. 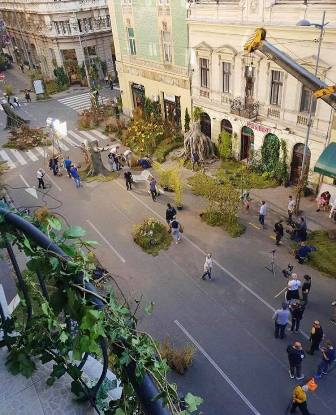 Recognisable structures including the brutalist New Belgrade blocks and the Old Sava bridge sprout with greenery in establishing shots as the Serbian capital is transformed into a springtime wonderland.

The musical-style spot required much local talent, both in terms of crew and cast. Large-scale mass crowd scenes required up to four hundred extras, and the entire four-day shoot involved over one thousand in total.

Moreover, the size of crew each day spanned between one hundred and fifty to two hundred people across all the departments. Line producer for Emote Marija Markivic noted that “This was the most ambitious project that we have ever completed in the city downtown due to the fact that a lot of greenery you see is real set dressing. The main kudos for this go to the production designer Tommy Start and local production designer Sanela Spajic and their mutual team”.

Post production was then carried out by German based Liga 01/Sehsucht who added final CG to the whimsical spot. 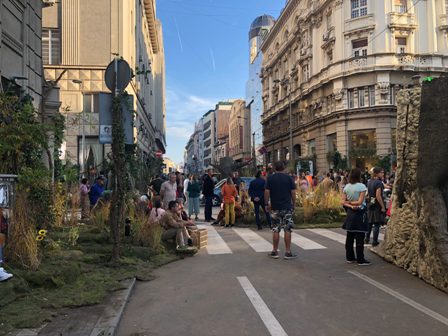 Last year, Belgrade saw another mass scene for a FOGG commercial. The Bollywood dance scene took place throughout on the city's streets.