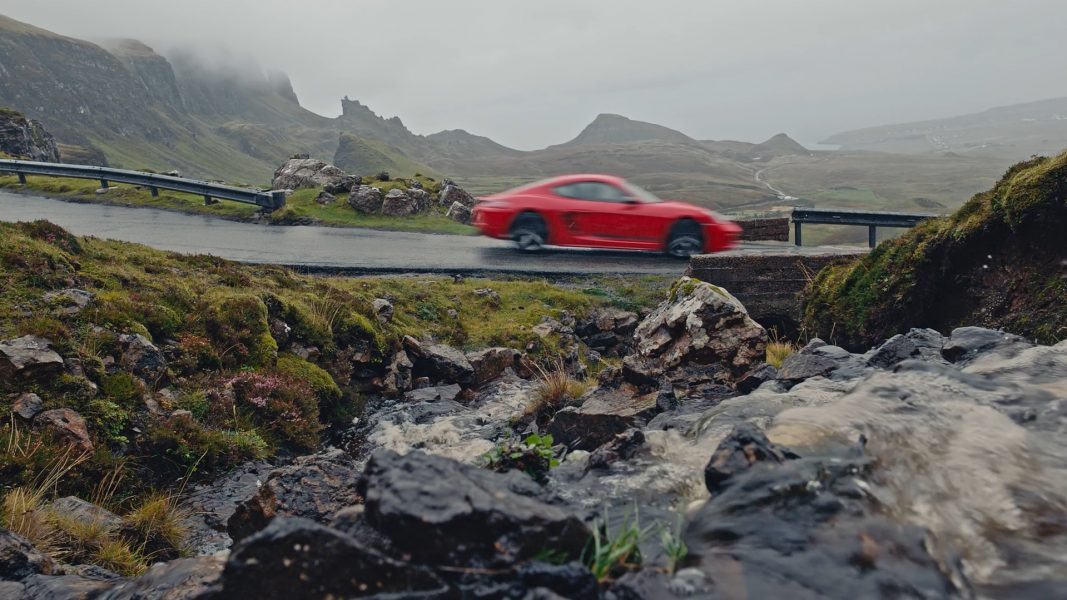 To promote the new models, Kemper Kommunikation set upon creating an ad that says ‘Welcome to life’. Briefed with finding a remote, natural location that conveys the feeling of being out of touch with the everyday grind, LS Productions scoured England, Scotland and Wales in search of an area that had such aesthetic backdrops as well as the perfect stretch of road before settling on the Isle of Skye. 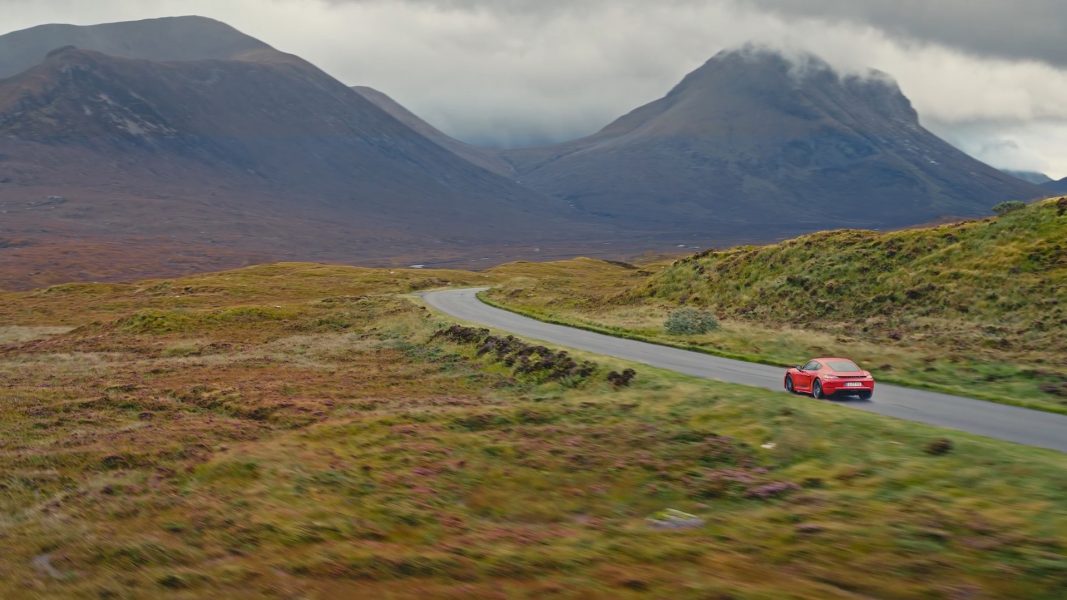 Amy Morement, Location Manager at LS Productions explained “The client felt that Scotland best communicated the wild, remote and rugged feel that they were seeking” adding that “the dramatic, prehistoric landscape is one of a kind. We knew we could make it work from a location perspective, even during a busy time on the island.

Keeping the two new models a secret from the public was critical in this decision-making process, as any stretch of road used would have to be both a secure and controllable environment. Morement recounts “We were looking for a mix of single, and two-lane roads where we could have a minimum of 2km of uninterrupted controllable road. Skye could provide all this alongside a variety of loch-side roads, bridges, glens and hairpin bends”. 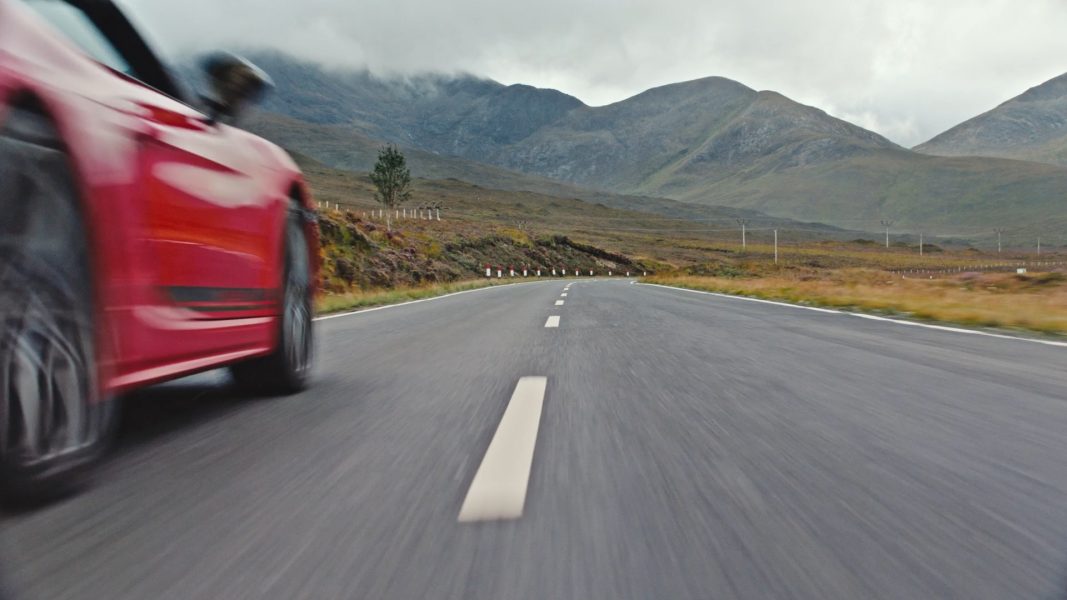 Abi Atkinson, Senior Producer at LS Productions adds that “This route contains some of the most popular tourist destinations on the island. It’s not easy to keep tourists away in September when you are working on long stretches of roads. We had to be prepared for any situation.” To pre-empt any potential security breaches, the LS Productions team deployed a team of scouts across the entire route both ahead of and during the shoot days.

Tonio Kellner, Producer at Bee Film emphasised that “because we were shooting in a remote location that was popular with tourists, we needed logistical experts that knew the area like the back of their hands. The LS team backed the multiple locations put forth with a crew that really maximised our shoot time”.

With experience organising many shoots on the isle, LS Productions were able to provide both the complex logistical arrangements alongside the beautiful aesthetics. Morement relates “we already had great relationships with the film office, roads department, police, local traffic management, local trusts, community groups, land owners and local residents. All of this helped us minimise impact and negotiate any challenges that arose. Communication is key when working in small communities”.

As ever, uncontrollable factors played a part on the shoot itself, with heavy rainstorms affecting the shoot from the off. Atkinson relates “Despite beautiful sunshine on the recce days, the heavens opened, and the weather was looking like a real concern for shoot day two”. To maximise shoot time, Atkinson resorted to using weather apps and working with the team to pre-empt the downpours. Atkinson was “working closely with our 1st AD, location manager and Bee Film Producer, Tonio, to put plans in place to ensure we had breaks or unit moves when the weather was heaviest on day two. In the end, the rain actually made for some pretty dramatic and cool shots!”. Tonio agrees, stating that “the dramatic result these conditions created is befitting of Porsche's 718 models”.

Skye’s dramatic and remote scenery has made it an increasingly popular destination for commercials, TV and features alike. In recent years, Transformers: the Last Knight and Macbeth both filmed on the island. In 2015, Spielberg captured plate shots situating ‘Giant Land’ in The BFG on the island.