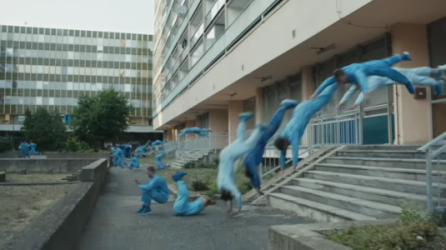 Directed by Rupert Sanders (Snow White and the Huntsmen, Ghost in the Shell) for MJZ London, the one-minute spot follows vibrantly clad groups of parkour runners winding their way through the Czech capital.

Grey, urban locations act as a blank canvas splashed with colour by Apple to promote the colour dynamics of the iPhone XR’s liquid retina display. 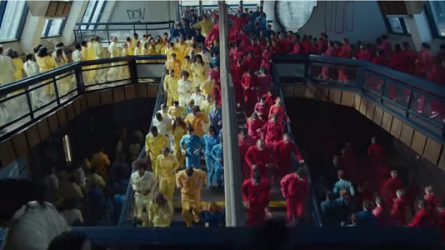 A combination of Prague’s brutalist, modern and historic architecture can be seen in the playful advert.

Opening amid a quiet residential estate, the scene soon becomes flooded with the runners performing parkour stunts. Moving through the city, the crowd runs through a foot tunnel before descending upon the Vltavská metro station. 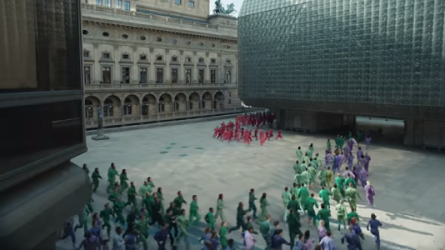 The final shot is taken in a open space outside the Strahov Stadium in central Prague. Although not in the frame, the mass of people are running towards the large stadium which houses nine football pitches and functions as Sparta Prague’s training ground.