Vera, ITV’s most watched drama of 2018 returned to the North East to film its ninth series. 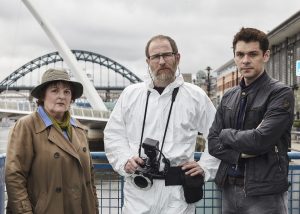 The popular crime drama starring Brenda Blethyn (War and Peace, Atonement) as Vera, Detective Chief Inspector of Northumberland and City Police is as renowned for its beautiful backdrops as its gripping plots. Based in Newcastle, the series explores urban areas as well as Northumberland’s scenic landscapes. 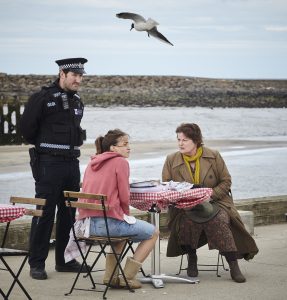 Locations featured in this series include The Holy Island of Lindisfarne and Whitley Bay’s Spanish City. Accessible via a causeway exposed at low tides, Lindisfarne has a medieval monastery and a castle which posed as Macbeth’s Glamis Castle in Roman Polanski’s Macbeth in 1971.

Whitley Bay’s Spanish City is another coastal setting to appear in the series. Built in 1910, the white building was inspired by Spanish architectural influences and the main hall has a large domed roof. Recently reopened after a GBP10 million renovation, Spanish City is once again a leisure hub with restaurants and event spaces. 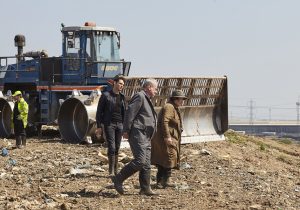 Less picturesque backdrops are also integral to the crime drama. In the first episode of the new series, a body is recovered at a landfill site. Filming took place at Northumberland’s second biggest landfill site over summer 2018 and Blethyn stated that during filming “we all had specific instructions to wear special boots in case a nail went through our footwear”. 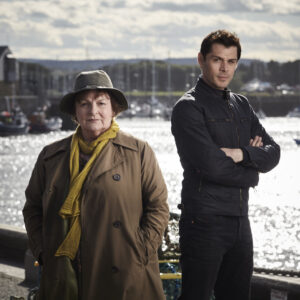 Blethyn noted that even after filming Vera in the region for nine series, “we are still surprised by the incredible locations available for us to film adding that “I can honestly say I love the beauty of Northumberland, whether it’s a seascape, landscape, the moors, or the city. It’s stunning”.

The Northern School of Art recently announced plans for the North East’s first film and TV studio in Hartlepool, south of Newcastle. If approved, more productions may be encouraged to take advantage of the diversity of landscapes available in the region.

The UK currently offers a 25% tax rebate to high end TV series that pass a cultural test. For scripted programs, a minimum core expenditure of GBP1million is required per broadcast hour to access the benefit.