Written by Shona Smith on Jan 28, 2019. Posted in Awards and Festivals

Submissions are open for the sixth LMGI awards

The LMGI Awards annually recognises the value of location management as a vital part of the creative team. The deadline for submissions to the sixth event is Sunday the 9th June at 11:59 PST. 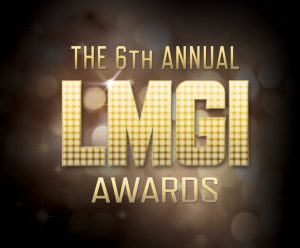 Due to a change in the awards timeline, there is an eighteen-month eligibility window, with the ceremony taking place in September. Entries first released between 1st January 2018 and 31 May 2019 will be accepted.

The LMGI explain that successful entries will showcase locations that are “artistically integral to the story being told, and the Location Professionals that are nominated must have demonstrated an innate understanding that the proper location is not only a backdrop for action, but also sets tone, reveals character, and enhances the narrative”.

Submissions are not confined to members of the LMGI, but will be accepted from LMGI members and business partners, film commissions, location professionals, industry professionals and vendors, studios, and production companies. To make a submission, click here.