The Medici series has filmed in over three hundred Tuscan locations 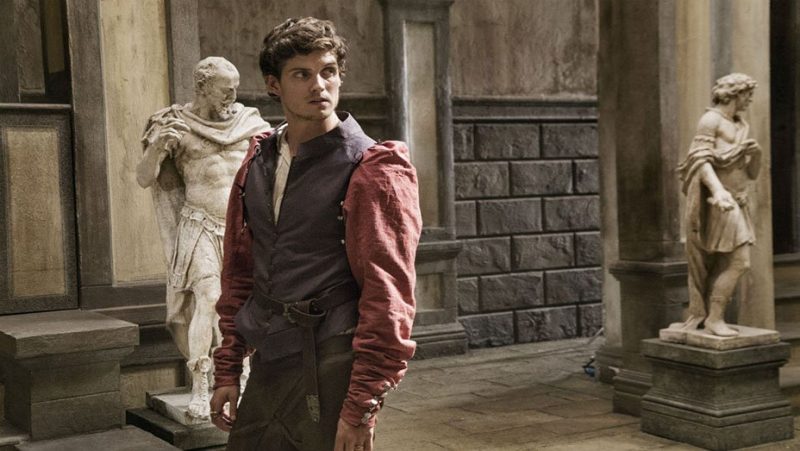 Medici: the Magnificent is currently  available to stream on Netflix and the global rights to its third series sold before the second had even aired. 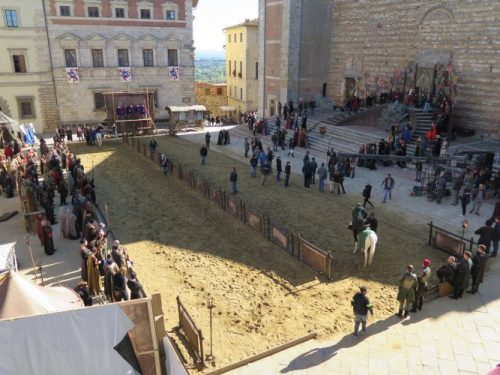 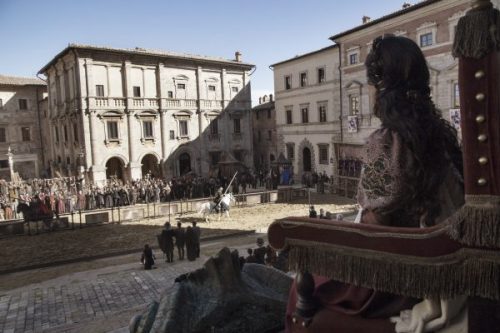 Based on the Medici dynasty who wielded power over Florence in the thirteenth and fourteenth centuries, the series has now shot three series. Location manager Daniele Di Biasi estimates that his department has “managed over three hundred spectacular locations, and some of the most beautiful places in Italy”.

While set in the region’s capital of Florence, much of the filming takes place on location in small towns around Tuscany. Di Biasi explains, “that’s because, of course, in Tuscany we can find a lot of cities that still have the renaissance architectures almost perfectly conserved and easily recognizable. Florence is an amazing and beautiful city, however it is very difficult to adapt the modern Florence as the ancient Florence, I know, that might seems paradoxical, but it is the reality. So we filmed in Florence only what we needed for the series and the rest was recreated in the other towns”.

Raffaella Conti of the Toscana Film Commission says that towns and cities including Volterra (pictured below), Montepulciano (pictured above), Pistoia and Pienza were chosen, because they are “locations that are not only beautiful but also functional for the logistics of filming a TV show”, “each boast a strong Renaissance appearance and are able to welcome a complex production like Medici: Masters of Florence”. 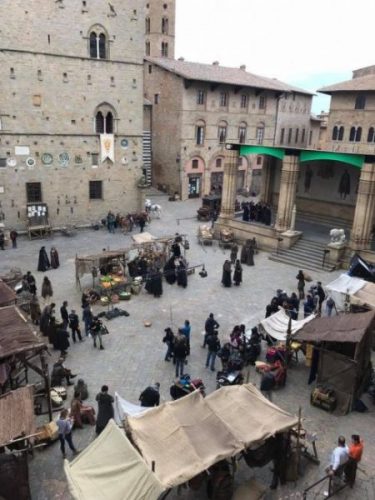 After several years of experience, the Toscana Film Commission “is able to count on an efficient network of “film locations” throughout the region that adequately respond to the diverse needs of a film set with professionalism and availability. For Medici in particular, it was necessary to find alternative locations that could stand in for Florence and which were able to host a costume drama for an extended period of time; the scouting phase was therefore essential” Conti adds.

Di Biasi notes, “we always wanted to give to the Medici series the best locations in term of beauty and historical sense. We scouted and considered a massive number of locations to reach our goal to impress the worldwide audience and put on the screen the most realistic image possible. This is important also in term of recitation; actors feel much more motivated acting in actual places”.

Speaking  to Broadcast, Sean Bean, who takes a starring role in the second series echoed Di Biasi’s sentiment, stating “it’s nice working in the country where everyone in the show existed, and being with an Italian crew gave it a more authentic feel,” he says. An obvious fan of shooting on location, Bean adds, “You don’t have to go far to be where you should be, as it’s all around you”. (Pictured below: filming in Volterra.) 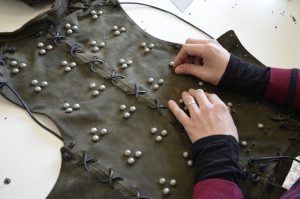 Not only are the locations realistic, but local production professionals and artisans have been  integral to creating the series' realism. Toscana Film Commission’s Raffaella Conti reveals “Since the series’ first season, there has been a fruitful collaboration between the Toscana Film Commission and Lux Vide, part of the agreement “Sensi Contemporanei Toscana per il Cinema”. Since 2018, “concrete results in terms of both production and education: a leading costume design workshop, with artistic direction overseen by the show’s costumer Alessandro Lai. This is how the splendid costumes and accessories from the third series of the television program Medici: Masters of Florence, produced by Lux Vide and Rai, came to be made at the Manifatture Digitali Cinema in Prato”.

“And it doesn’t end here: the skilled artisans at the Manifatture Digitali Cinema are prepared to collaborate with other productions to create the highest quality costumes. Tailors, cutters, designers and hat-makers are trained to understand the needs of costume designers working on television and film productions and to work with an Italian style whose roots are as deep as the cypress trees dotting the Tuscan landscape”.

Permits to shoot in Florence’s main historic streets and squares were attained by Medici, but the city’s popularity as a tourist destination impacted production schedule. Di Biasi recalls “we had to plan very well all the shooting phases, first of all how to inform in the best way all the people and tourists who normally are at the various locations. Usually we try to close the main streets or squares the least time possible, just to allow us to film the take. This is called “stop and go” method, we set up the scene coordinating with the normal flow of people, tourist, vehicles, etc. and then we close the shooting area just in the moment we are totally ready to film. This is only possible working side by side with the various authorities involved in the project and using the best professionals that the production can hire. Every member of our crew knows very well the importance to have the right attitude during the performance of their work, we also try to prepare them in the best way we can.” 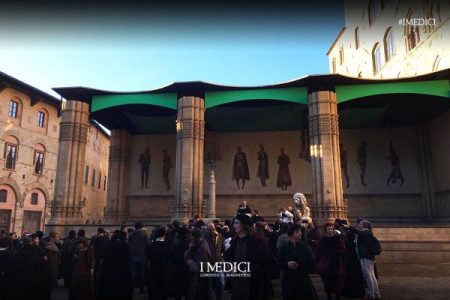 “In such a big production we faced all kinds of challenges every day from the beginning to the very end of the production process, for that reason it is very important to create the best working group we can. Only a close-knit crew can face the challenges in the best way and I feel very lucky and proud to have been part of that great team” Di Biasi remarks.

Italy currently offers a 25% tax credit to foreign or co-produced feature films and documentaries as well as TV films and series. Productions must pass a cultural test and shoot a minimum of 60% in the country to qualify. Foreign productions are also exempt from the 20% VAT/Sales Tax.