Behind the scenes of Amazon’s Hanna shoot in Spain, Morocco and the Strait of Gibraltar

Production for Amazon's upcoming action-thriller series Hanna was truly international. The story follows Hanna, a teenage girl who has grown up learning to survive in a isolated forest in Northern Poland. When she decides to leave these safe confines, Hanna becomes the target of characters linked to her past.

David Farr (The Night Manager), the co-creator of the original 2011 film, who adapted it into a series for Amazon states, “Hanna aims to be both a raw-knuckle ride and a deeply touching family drama. It has the visceral excitement of a genuine conspiracy thriller but also the simple humanity of a rites of passage drama”. 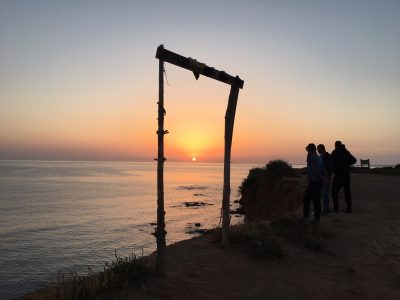 Remote snowy mountains, woods and European cities were utilized in Slovakia, Hungary and the UK while contrasting deserted areas, touristic beaches and busy bazaars were found in Spain and Morocco. Filming also took place on a boat between the continents, in the Strait of Gibraltar. The 2011 feature film also shot in Morocco, but opted for Finland and Germany for the wild snowy scenes. 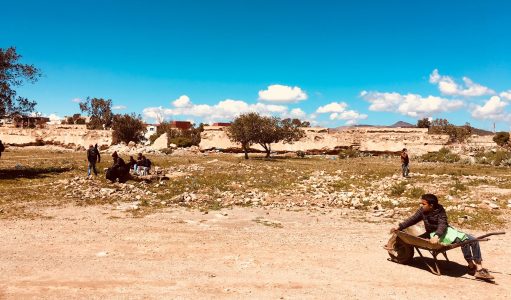 Ana Ibáñez Arrarte, Location manager for the ten-day Spain and Morocco shoot, notes that there are differences between working in Morocco and Spain, but adds that these differences were further pronounced because of the areas where Hanna filmed in the east coast of Morocco. 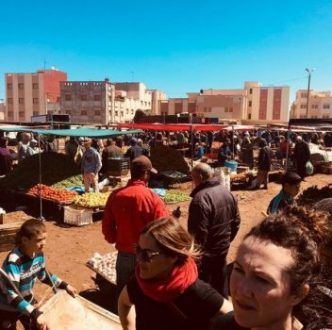 Focused around Nador, production was located very close to the border with the fortified Spanish enclave of Melilla, the Spanish city in northeast Morocco which is a destination for migrants trying to cross into European territory. Ana explains that in this region, “the poverty is evident, and production had to be careful with the robbers and stowaways, especially in the borders”. However, this environment “was exactly what Sarah Adina Smith, the director, was looking for. That mixture between the kids trying to cross borders illegally, the authentic bazaars, the desert zones and the amazing red sand beaches”. 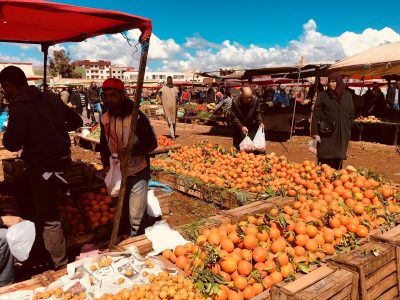 Having a reliable local crew is essential for this kind of shoot “luckily”, Arrarte explains, “the Moroccan local crew guided us through this craziness and we’ve been able to shoot everything we needed”.

However, Ana elaborates, “not all Morocco is that difficult to manage. Casablanca, Marrakech, Tánger… those cities have more production resources and things get easier”. In comparison, in the east coast, “there’s not much to rely on” in terms of production infrastructure. 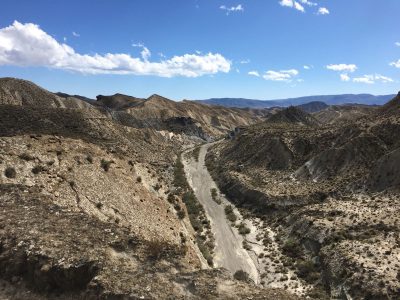 The location department was also on the lookout for areas where big action sequences could be filmed. Arrarte recalls that “one of the locations, that was especially difficult took place on the Tabernas Desert in Almeria”. The “proposed a desert in Spain which is accessible, easy to handle and well known by my crew”. The desert has been a popular filming location, hosting the likes of Indiana Jones and the Last crusade in the past because of the proximity to coastal areas. The desert befit Hanna because it has exactly the same orography as the north of Morocco. In addition, Ana explains that “the Spanish desert has a controlled zone where you can shoot big action scenes like Hanna without too much risk or cost for the production”.

Due out on Amazon Prime in March, NBCInternational Studios have produced Amazon Studios’ straight to series order alongside Working Title Television in the UK.

Morocco offers a 20% cash rebate to foreign productions that shoot a minimum of eighteen days in the country.

Spain also has a 20% tax credit, for feature and TV Series that shoot solely in mainland Spain and spend a minimum of EUR1 million in the country.

Hungary raised its tax incentive to 30% in 2018 while Slovakia has a 20% cash rebate, available to productions which spend over EUR150,000 in the country.