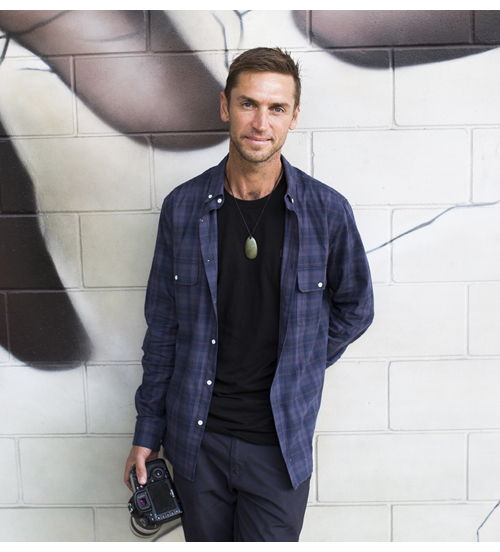 I have directed and produced my own feature, TV shows, TVCs and all manner of other content. I actually started the Bay of Plenty Regional Film Office by accident in 2017 – establishing a new industry in this region has definitely been one of the most challenging and rewarding roles of my life so far.

My role at Bay of Plenty Film involves servicing enquiries from productions, attracting productions, fostering the development of local productions, facilitating location access, connecting crew with work in the region and building both the capacity of local crew and filming infrastructure. I love the variety of my work, I’ve been told I take a good location still, and I feel blessed to be calling people forward and making a difference in their lives and careers.

What can you tell us about the Bay of Plenty as a filming destination?

Located on the East Coast of New Zealand's North Island, the Bay of Plenty is the fresh face of film making in New Zealand with an amazing array of locations available in a cinematically untapped area.

On top of the amazing locations, Bay of Plenty Film has a database of over 200 crew in the area and we are working hard to increase the capacity and experience of this crew base to facilitate major productions in our area.

While we don’t presently have any custom-built stage space, we are currently undertaking a studio feasibility study with international screen sector consultancy firm Olsberg SPI. And in our spring/summer season (September to March) there are literally hundreds of empty Kiwifruit Coolstores (you read that right…) that could be utilised by a lateral thinking production for stage space.

What locations are most commonly used by foreign film and TV productions when they come and film in the Bay of Plenty?

One of our more popular locations is White Island (pictured above). It’s an active volcano about 48km from the mainland. It’s featured in The Chronicles of Narnia: The Voyage of the Dawn Treader, MTV’s The Shannara Chronicles and a recent large budget production (that I cannot name at this stage) due to be released in 2020. It is absolutely amazing out there, totally like another planet!

Various scenes from Sir Peter Jackson’s The Lord of the Rings and The Hobbit trilogies were filmed in the Taupo District. There is a controllable set of the rapids where the water is released on a timer three to four times a day. Mclaren Falls Park (pictured below) is 15 minutes drive from the region’s largest city, Tauranga, and was featured in Disney’s Pete’s Dragon.It features a wide range of different looks all within one user friendly space.

What are the more unusual locations that the Bay of Plenty has to offer that our readers would not necessarily associate with the region?

Whirinaki Conservation Park (pictured below) offers unique prehistoric native bush and has a major production looking at it’s otherworldliness at the moment.

Outside of nature, one of my personal favourite locations that I would love to see featured in a sci-fi, apocalyptic or action film is the Mercury Energy Geothermal Plant based in Kawerau (pictured below). Against the backdrop of beautiful Mount Putuaki, with billowing steam clouds, and industrial curvy pipes snaking everywhere, it is crying out for a massive stunt sequence to be filmed there.

What locations worldwide can the Bay of Plenty easily double for?

Not just worldwide but galaxywide. White Island could easily double for Mars or many other planets as could the majestic red rocked Mount Tarawera. Our redwood forests have doubled the Pacific Northwest in Pete’s Dragon and Without a Paddle, and Lake Whakamaru stood in for Jellystone Park in Yogi Bear.

The beach resort town Mount Maunganui (pictured below) has a real surfers paradise feel and we have rolling hills that are reminiscent of Scotland or Ireland.

We have waterfalls that wouldn’t be out of place in Hawaii and suburban streets that could easily double for middle class Los Angeles. The Chateaux (pictured below) sounds like its namesake – a period mansion with an alpine backdrop. And we have a feature shooting shortly in the Taupo district that is drawing parallels with Iceland.

What are the advantages of filming in the Bay of Plenty?

One of the main advantages is Bay of Plenty Film. We will connect you with local crew, have great relationships with local councils and Iwi (local tribes) for facilitating access to locations and will save your productions dollars through our preferred service providers.

With my background of ADing on large jobs I know the reality of bringing the circus to town and can ensure that things will run smoothly from our end.

With it’s northern facing coast (opposite to Northern hemisphere south facing) the Bay of Plenty also boasts of fantastic settled weather and we regularly have the most sunshine hours per annum in New Zealand. Permitting from councils is quick (and often free) and the local communities are very excited about seeing large productions come to town with the long term social and economic benefits that this can bring.

Tauranga (the main city in the bay) has been the fastest growing region in NZ economically for the last six years and there is a real spirit of creative entrepreneurship and collaboration that defines our region.

Please tell us about the New Zealand and Bay of Plenty regional filming incentives currently on offer to foreign producers?

Bay of Plenty Film works very closely with the New Zealand Film Commission who administer the filming incentives for our country. Further information can be found on their website.

In short, International Productions are eligible for a cash grant of 20% of Qualifying New Zealand Production Expenditure (QNZPE) with a 5% Uplift available for a smaller number of productions that are invited to apply and can demonstrate significant additional economic benefits to New Zealand.

The grant is processed quickly and the 5% uplift has seen some fantastic infrastructure left behind in our country like the world class water tanks at Kumeu Film Studios built for the Jason Statham vs giant shark thriller The Meg.

New Zealand also offers reverse seasons to shooting in the northern hemisphere, favorable exchange rates and our country was rated number one by the World Bank for ease of doing business.

I think the most difficult location assignments are the ones where you receive an enquiry and build a lot of bridges and put a lot of time and resource into them and nothing comes of them and the production goes elsewhere.

Meeting the safety requirements for large companies can sometimes be a struggle. For example, flying a crew over water to a location via helicopter and having to bring choppers from out of town because the production company stipulates the need for twin engine or floatation devices and seeing that work go to out of town heli-operators. Or negotiating access to that dream one of a kind location that mirrors the creative dream for a feature film but the script has a “perceived” negative view on the location owners. I’m still working on that particular access…. I will let you know how it goes.

Are there any particular tips that you would like to share with our readers about filming in the Bay of Plenty?

The Bay of Plenty, in particular Rotorua, is the centre of Te Ao Maori (the Maori World) so if you come with open eyes and heart you will get a once in a lifetime insight into both the beautiful indigenous culture and world view that we are lucky to partner with here. There are also some very talented Maori filmmakers based here who are really starting to shine on the world’s stage.

What do you do to relax and chill out yourself after looking after a big production coming in to shoot in the Bay of Plenty?

The Bay of Plenty lives up to its name. If you are into the outdoors there is plenty to keep you occupied in down time – hiking, surfing, snowboarding and skiing in winter, paddle boarding, fishing, or even just plain old sight seeing around the regions 18 lakes or 250 km of coastline.

You can visit the aforementioned live volcano island (who doesn’t love visiting a live volcano?). Rotorua is a fantastic place to encounter Maori culture, the geothermal attractions and is also the country’s mountain bike mecca, alongside aptly named tourist attractions like Adventure Playground.

Due to its climate and soil a lot of food is grown in the Bay leading to some awesome local culinary experiences. During summertime there are great music festivals like the reggae inspired One Love, in winter if rugby is your thing the Chiefs (one of NZ’s most successful teams) play regularly at home, and spring time sees the Rotorua Indigenous Film Festival, our answer to Toronto’s Imaginative Festival. The Bay of Plenty is also a fantastic place to bring your family and a great environment to bring up kids.

That was Kissed by God a documentary about three times world surfing champ Andy Irons. Irons suffered from bi-polar syndrome, chronic drug abuse and died at 32 in a hotel room in Texas on the way home to his pregnant wife in Hawaii. It was research for a “based on true story” action feature film script exploring mental health that I am developing with a local writer.

If you hadn't become the CEO of the Bay of Plenty Film Office what other job would you like to have done?

I can’t wait for the opportunity to direct another one of my own projects again. I’ll also know that I’ve made it in life when I’m an unemployed surfing bum living in a campervan. 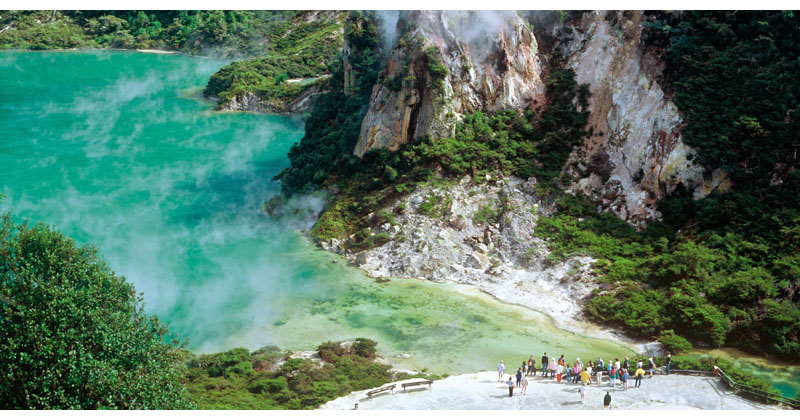