Written by Shona Smith on Mar 13, 2019. Posted in Awards and Festivals

The Gerety Awards are open for entries until April 1st

The Gerety Awards calls for entries with a compelling throwback film to Frances Gerety - the copywriter which the award takes it name from. A Diamond Is Forever starts with a top shot of Frances Gerety writing at a table, taking the viewer through her train of thought while trying to come up with a tagline for a DeBeers diamonds campaign.  Pondering over the fact that ‘we all need to leave a mark on the world’, she eventually comes up with the slogan that resulted in her famous line: ‘A diamond is forever’. 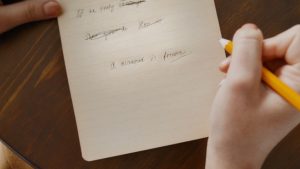 Frances Gerety certainly made an indelible mark on the advertising world, and the recently launched Gerety Awards pays homage to the copywriter by giving her name to the new award that provides a global platform for talent and supports initiatives.

Championing diversity in the creative industries - at a moment when the advertising industry is trying to redefine itself is what the awards was founded upon.  The Gerety Awards wants to challenge the status quo of the international creative awards circuit through its jury. This year’s jury includes some of the world’s leading agency and brand creatives such as: 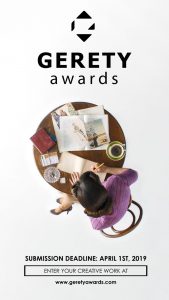 All types of media can be entered into any of the Gerety Awards’ 9 categories. Referred to as cuts, (like a diamond), the categories range from Media, Innovation, Entertainment, Communication, Craft, Experience, Works for Good, Health and Portfolios. All advertising works broadcast between January 2018 and the deadline are eligible for entry and the works are judged on two criteria: originality and creative execution. The deadline for entries is April 1, 2019.

Writer & director of the video John Campbell said: “Not everyone knows DeBeers or Frances Gerety so that’s the starting point for telling people about the Gerety Awards and their Diamond Cuts.  Regarding the famous line, “A Diamond is Forever,” Frances was quoted as saying she just wrote it on a piece of paper one night so I imagined what that might have actually looked like in 1948 and then distilled that moment in time. I believe everyone has the ability to be creative and I’m in love with the creative process and its infinite pathways which are fascinating. When we put it all in place, I looked at the monitor and said, “That’s exactly what I had in my mind’s eye. Roll camera”.

Find out more at www.geretyawards.com

Post Production by PFX
Special Thanks to: Driven By Creatives & Pavlina Saward