Written by Shona Smith on May 10, 2019. Posted in General Interest

BFI CEO Amanda Nevill CBE will step down in 2020

Joining in 2003, Amanda Neville transformed the BFI into the lead organisation for film, TV and the moving image in the UK, leading initiatives and strategies designed to support a vibrant, national film culture for the independent film sector. She will step down from her position in early 2020. 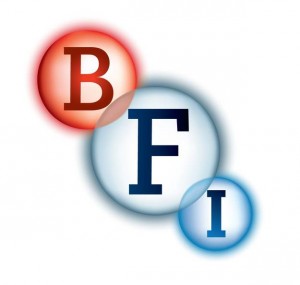 BFI Chair Josh Berger said “Amanda’s contribution to the BFI has been enormous and over her 16 year tenure she has completely transformed the organisation…Thanks to Amanda, the BFI has never been in better shape and she leaves an incredible legacy behind her, all delivered with her extraordinary energy, passion and elegance.”

Over her sixteen-year tenure as CEO, the BFI has become the lead organisation for film in the UK, taking on its expanded remit as the UK’s National Lottery distributor for film in 2012.

As the first female CEO, Amanda championed changes to increase diversity and inclusion across the industry, introducing the BFI’s Diversity Standards in 2015 for funding decisions and activities. The standards have recently been adopted by BBC Films, Film4 and BAFTA.

As film and television production has boomed in the UK, a focus was placed on building the strategy and evidence capability of the BFI to support the growth. The five-year 2022 UK Film Skills Strategy has been put in place to meet the rapid changes in the film landscape. The comprehensive Screen Business Report also provides an economic evaluation of the screen industries fiscal incentives.

Under Amanda’s leadership, the BFI National Archive was protected and made accessible to the public. The state-of-the-art BFI Master Store opened in 2011 and the BFI Conservation Centre in Berkhamsted has been modernised. Public access to the collections was made possible in 2012 with the video-on-demand platform BFI Player. Its 10,000 titles have now reached over seventy million viewers for free.

Amanda Nevill, CBE commented “I think the real test of any job is whether at the end you still feel as much excitement and eager energy to do things and make a difference as you did on your first few months...and I do. I have so much to be thankful for, I have learned so much, and had some of the most wonderful cultural moments that any human being could wish for. I have also been blessed with marvellous colleagues and Board members and I want to thank them all. But, after sixteen brilliant but incredibly busy years, I’m excited to have some time to pursue other interests and new avenues... some of which I hope won’t be far away from this world for which I will always be a passionate advocate”.

The BFI Board of Governors has begun the recruitment process for the new BFI CEO.