Written by Shona Smith on May 9, 2019. Posted in On Location

The five-part miniseries dramatises the events surrounding the 1986 nuclear disaster in Chernobyl, Ukraine. Over one-hundred and fifty sets were built and shooting took place across Ukraine, the UK and Lithuania. The ambitious project saw accuracy and detail as essential to its philosophy. To this end, second unit filming took place in Chernobyl’s exclusion zone, as well as principal production at a nuclear reactor plant in Lithuania. 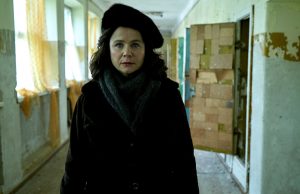 Written and created by executive producer Craig Mazin, Johan Renck directed the Sky Atlantic / HBO co-production. Mazin notes that “we’re telling a European story, and with Sky producing alongside HBO it made sense that our production HQ was based in the UK”. However, significant portions of the schedule were spent on location in Eastern Europe.

Lithuania and Ukraine were both thoroughly utilised to provide an authentic 80’s era Soviet Union setting. Production designer Luke Hall explained “The first thing was to scout Lithuania fully to see what we’re looking at here and to research the period and events in detail. We realised we had to build a lot, but we also scouted other countries like Kiev for locations - which offered more scale and untouched unique locations from the period”.

Ignalina Nuclear Power Plant, a sister plant to Chernobyl in eastern Lithuania hosted filming for scenes of Chernobyl before the disastrous accident. Now decommissioned and safe for filming, the site has a RBMK reactor roughly the same as Chernobyl’s. The site hosted principal photography, with high levels of security and saftely measures, but it was also used as inspiration for a second, makeshift set of the reactor. A replica of the reactor’s control room was built in an abandoned carpet factory in Vilnius. 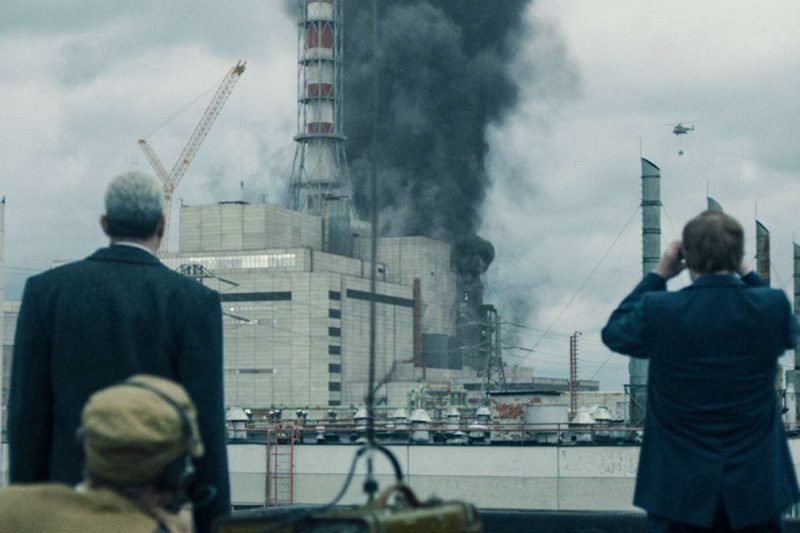 In Ukraine, Kiev was the main base of the production. Radioaktive Film serviced the Ukraine portion providing two separate units complete with UPMs. The main cast were involved in eight days of filming in Kiev that involved full blocking of central streets in Kiev such as the Bohdana Khelnitskogo, filming at two of the city universities and the national Library as well as ‘Kiev Sea’, the large reservoir to the north of the capital. 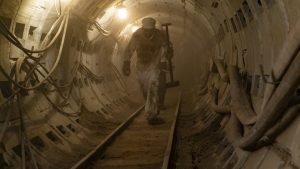 The second unit Ukrainian team focused on difficult technical scenes as well as establishing shots around Kiev over a nine-day period. This involved a two-day shoot in the Exclusion zone around Chernobyl, and distant filming in the abandoned city of Pripyat, located just three kilometres from the site.

Over 158 sets including offices, apartments, prisons and the Kremlin were built for the one-hundred-day shoot. 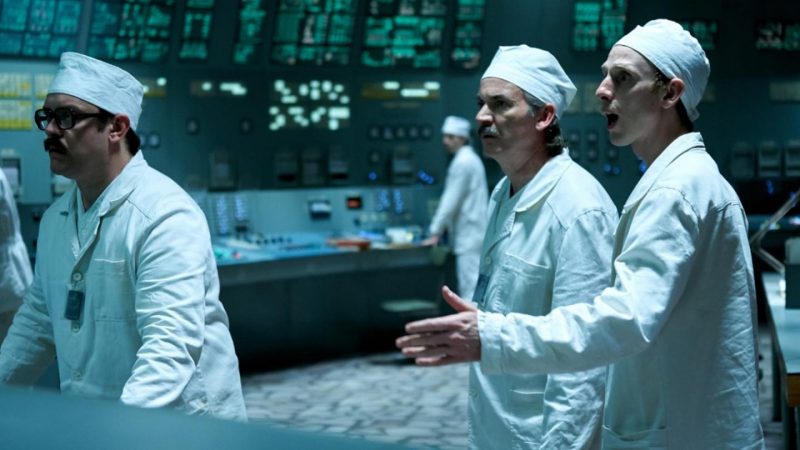 Ukraine currently has no formal incentives available to incoming productions, but the low cost of productions bring in regular shoots.

Lithuania increased its incentive by 50% in December 2018. The 30% incentive is awarded to fiction TV and film, documentaries and animations that spend at least EUR43,000 and incur at least 80% of eligible production costs in Lithuania.