Written by Shona Smith on May 7, 2019. Posted in Incentive News

Ohio Motion Picture Tax Credit may be under threat

In response to a house bill that proposes an end to the Ohio Motion Picture Tax Credit, Ohio’s film community are lobbying to keep the 30% tax credit. 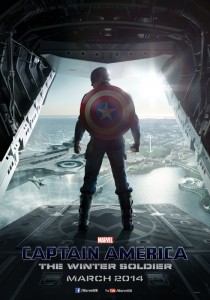 In a newly proposed state budget, The Ohio House has proposed an end to the Ohio Motion Picture Tax Credit in a bid to help fund a reduction in state income taxes.

Ohio currently has a tax incentive in place that offers refundable tax credits for film, TV, video and digital media equal to 30% of production expenditure (with a minimum in-state spend of USD300,000) which includes out-of-state wages. There is an annual cap of USD400 million in credits available.

Film incentives are a meaningful tool in establishing production hubs for any location. According to the MPAA, the state’s motion picture and television industry is responsible for more than 35,500 jobs and USD1.2 billion in total wages in Ohio, including indirect jobs and wages. Historically, tent pole features such as Captain America: The Winter Soldier, The Avengers and Men in Black have filmed in whole or in part in Ohio. More recently, titles including Fate of the Furious and UFO have shot in the states.

In response, the Greater Cleveland Film Commission is reaching out to state officials to urge them to reconsider eliminating the tax credit, and is advocating the local film industry to do the same.

There is also a separate house bill that proposes doubling the annual tax credit funding to USD100 million.