Written by Shona Smith on Jun 19, 2019. Posted in Awards and Festivals

After announcing the shortlist, the Gerety Awards celebrated the first finalists of the all-female power jury award at their Rough Cut Diamond and BBQ Session in Cannes. 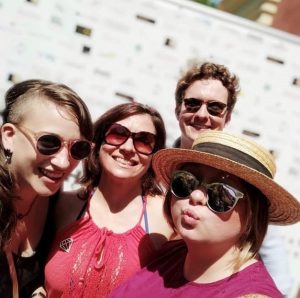 Hosted by Tantorfilms and Owned, juries and nominees celebrated the shortlist that could be some of the first to win a Gerety Award with an Argentinian barbeque. The first ever Gerety shortlist was released on Saturday, June 15, after three weeks of executive jury sessions being held around the world, in 10 different cities.

In keeping with the name of the award taken from that of Frances Gerety who coined the slogan a “Diamond is forever” the shortlist winners were named Rough Cut Diamonds. Campaigns shortlisted include Viva La Vulva for Essity Bodyform/Libresse by AMVBBDO and Fresh Prints for Aldi by McCann Madrid, Spain. Find out more about the shortlist here.

Now, the International Grand Jury will pick the winners for the first edition of the awards to be announced at the end of July. Launched at the end of January to shake up the status quo of award shows by casting a 100% female jury, the Gerety Awards provide a global platform for talent and support initiatives that champion diversity in the creative industries as well as integrate and provide a place to the feminine vision in it.

When guests arrived at the Villa, and in a wink to the name of the award, they were given a shiny diamond shaped brooch. However, among the brooches, there was one with real diamonds. Thanks to the complicity of Galeries du Diamant, attendees were surprised to find out one of them could be the lucky one holding a brooch with real diamonds. 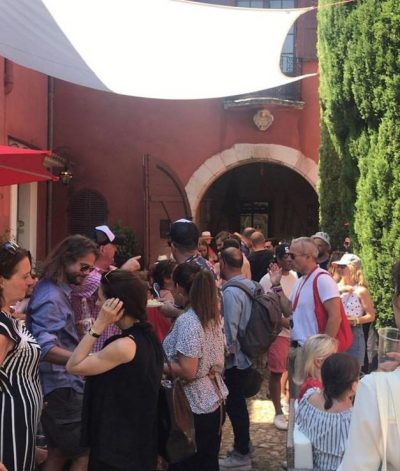 Alexia Sorokina, director of Galeries du Diamant, Paris-based diamond jewellery creator explained “We created this piece in our Parisian ateliers using recycled gold and lab-grown diamonds. We think that this new and ethic kind of diamonds will redefine the market the way Gerety Awards strive to redefine the creative industry. And we had an extra incentive, as we are a female-run business in a very male dominated industry, like the diamond industry is!”.

Ingrid Bragemann, Executive Director of Tantorfilms who co-hosted the BBQ session added “the reason why we started doing the BBQ Sessions was: Love for service. Love for each other. Love for the old-fashioned way. Love for those days when the festival was friends rediscovering each other, ideas coming together, meetings becoming life lasting relationships. We strive for our sessions to become that. A place where we can all rediscover the magic, and where we as Latin Americans, can serve our guests the way we’d do it back home: Sharing our culture and sharing our food. Be it a steak with wine, or a kiss and a hug, when we say hello. Tantorfilms is all about servicing well and professionally but enjoying every moment of being able to show the beauty and the human richness of Latin America”.

Owned is a platform to help create true equality in the advertising industry. With a mission to inspire and mentor women to start their own businesses, motivate corporations to have access to and give women owned companies more opportunities and to support and promote women owned companies and champion women in all aspects of commercial production.