Written by The Location Guide on Jun 13, 2019. Posted in Interviews

On location in Tunisia with Chiraz Latiri Cherif, Director General of the National Center for Cinema & Image Industries

I became a lecturer and the director of the Higher Institute of Multimedia Arts at the University of Manouba once I had gained my PHD in computer science. This gave me the opportunity to rub shoulders with audiovisual professionals as students or visiting professors. 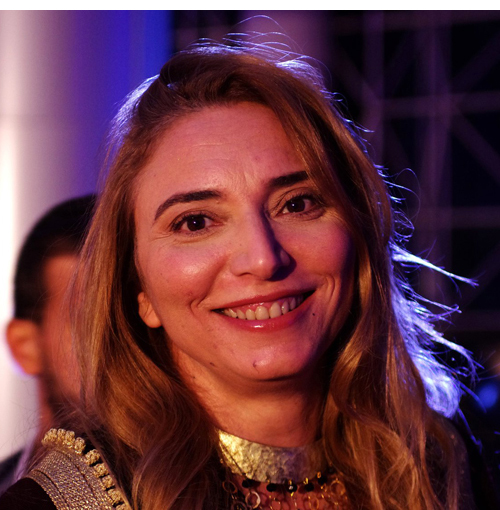 I also became Director General of the National Center for Cinema & Image Industries (CNCI) in 2017. I am still a university lecturer so this double role has allowed me to get even closer to industry professionals and to detect the markets and the potential opportunities offered to Tunisian talent.

I am very proud of the abilities of Tunisian professionals and the great potential of young Tunisians working in this area. I am especially proud of their drive for creativity and mastery of all the trades associated with the industry

What can you tell us about Tunisia as a filming destination?

Tunisia's regions are as diverse as the people who populate them. Each territory has its own unique attractions to appeal to filmmakers and location scouts.

Let me also give you some examples of Tunisian technicians who have worked on critically acclaimed films this year:

What locations are most commonly used by foreign film and TV productions when they film in Tunisia?

The most commonly used locations are in the South. It is an area of stark, almost alien-like landscapes. It is a place of isolated Berber villages on hilltops and troglodyte homes dug into the ground to protect them against the harshness of the climate. Ancient Ksars, traditional fortified granaries, dot the landscape.

To the South and West, the shifting sand dunes take over. The Grand Erg Oriental is a field of sand dunes in the Sahara Desert and is one of Tunisia’s most remarkable and breathtaking settings.

What are the more unusual locations that Tunisia has to offer that our readers would not necessarily associate with the country?

The North is beloved by Tunisians but often overlooked by visitors from abroad. Not only it does have some of Tunisia’s finest and most secluded beaches, but it’s also home to extensive forests, rugged hills that drop preciously into glinting blue Mediterranean and rolling farmland that’s magnificently lush in winter and golden in summer.

"The value of the Tunisian dinar has fallen dramatically so filming here is now three times cheaper."

Heading South from Tabarka along narrow, winding roads takes you into the Kroumirie Mountains, thick with cork oak and ideal for hiking. The main town is Aindrahem, a friendly one time colonial hill station that’s high enough to get snow in winter.

This region is also home to Tunisia’s most intriguing Roman sites; the subterranean villas and Bulla Regia the ancient chemtou quarries, renowed for their unique yellow marble and the ancient port of Utica, all bearing testimony to the ingenuity of these illustrious ancestors.

What locations worldwide can Tunisia easily double for?

As Tunisia is a multicultural country, its towns can double for many worldwide locations from the most sophisticated to those left to their natural states. For example:

Tunisian locations can also double for other planets! Star Wars episodes 1, 2, 3 and 4 were all shot in Tunisia.

What are the advantages of filming in Tunisia?

The value of the Tunisian dinar has fallen dramatically so filming here is now three times cheaper. Administrative procedures are fluent, Tunisia is a free visa country and Police and military assistance are provided if necessary.

"Don’t rely on preconceptions – Tunisia has many locations you would not expect to find here."

How many foreign productions came to film in Tunisia in 2018?

Are there any particular tips that you would like to share with our readers about filming in Tunisia?

Don’t rely on preconceptions – Tunisia has many locations you would not expect to find here. There are many beautiful surprises and Tunisians are a very welcoming and warm people.

They can enjoy the three S’s – Sea, Sun and Sand – in addition to attractive restaurants (local and international food) and many nightclubs!

The last movie I watched was Alaedine Slim’s Tlamess. The film captivated me with its depth and since we are talking about filming locations, I think this film has highlighted the typology of the Tunisian city and the beauty of the nature of Ain draham where it was shot.

If you hadn't become Director General of the CNCI what other job would you like to have done?

I would have liked to be at the head of an international non-profit organisation that fights poverty, famine and ignorance or all forms of injustice in the world.

Thank you Chiraz. It has been great talking to you and finding out what makes Tunisia such a great location filming destination.

Thank you Chiraz, it has been great talking to you.