Cadbury took to the high seas in a recent spot from Outsider. The shoot on board a working period ‘pirate’ ship was serviced by Palma Pictures. 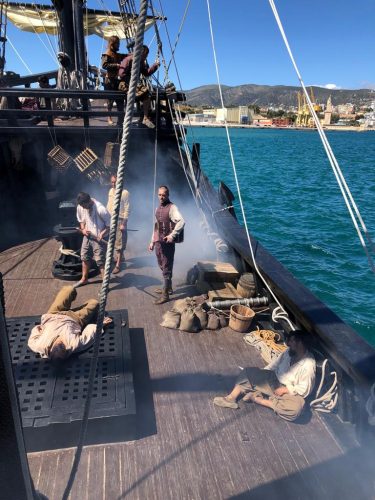 The ad sees a captain and his son on a ship under attack from rogue pirates. Instead of handing over their precious treasure chest, they jump overboard clutching the cargo as the spot cuts to the duo play fighting in a park. The chest, it turns out, is one of Cadbury’s new Freddo “Treasures”.

All the filming for the scenes that feature the ship took place on board the Nao Victoria, a working period replica. Jeremy Barnes, Palma Pictures’ International Producer for the UK & Ireland notes that “we aimed to find a period boat to double for a pirate ship that had enough space on deck for all the cast and crew. As we had worked on this boat for a previous TVC shoot, we knew it would fit the brief”. 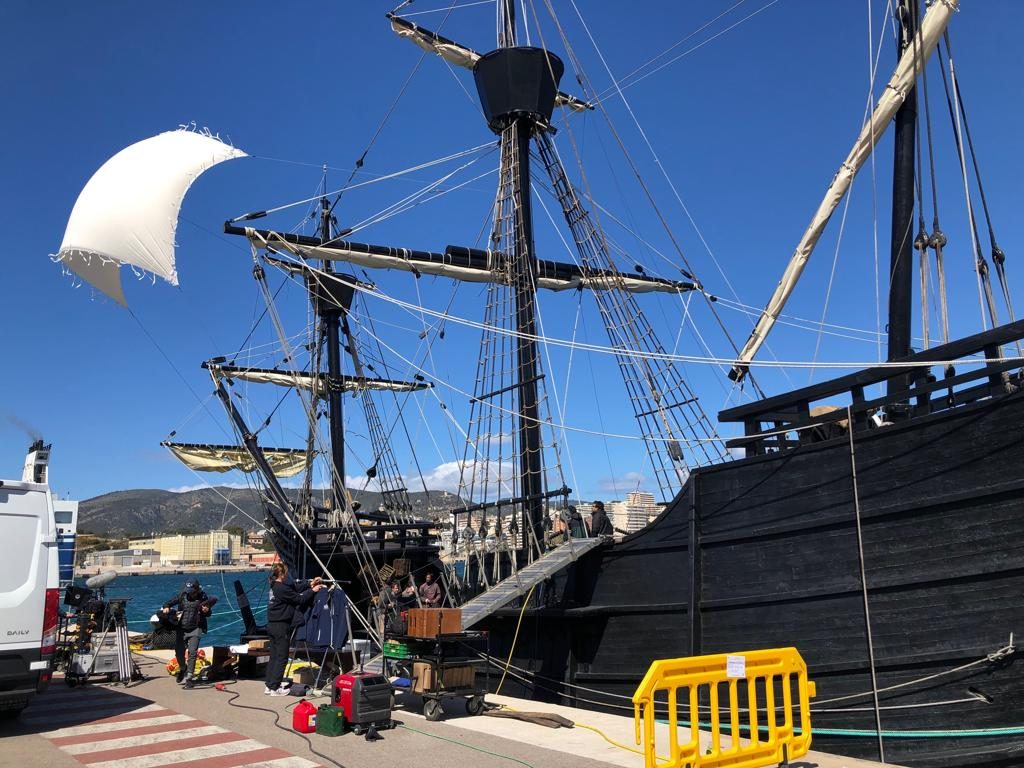 The main unit filmed for one day while the Nao Victoria was anchored in the harbour for ease of the production team. The day before the main shoot, the ship had set sail with a second unit in order to get some establishing shots from a drone. 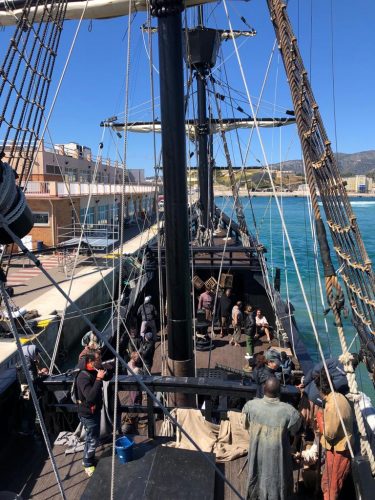 Jeremy explains that “as tall ships and traditional explorer ships are limited on Mallorca, the main priority was to get this specific boat to Palma, in time for the shoot with inclement weather during April, and then getting back to the mainland in time to fulfil other commitments. Working with this type of boat often presents scheduling challenges as they are in high demand for private events and parties, as well as work on commercials, TV and Films”.

“We were also hindered slightly by the weather” Jeremy adds, “the Nao Victoria’s sister ship El Galleon, which was meant to feature in the ad, got stuck in the straits of Gibraltar due to challenging weather conditions”.

Adding to the complexity, Jeremy notes, is the fact that “Palma is one of the largest and oldest ports in the Balearic Islands and today it is an important tourist destination, with most of the major cruise lines stopping off here during their Mediterranean tours – naturally they take precedence over port facilities, so it can be complex for the Locations Department as well as the Port Authority to accommodate for larger ships”. As such, schedules between the boat owners, a busy director, the agency and port authorities in Palma had to be negotiated. 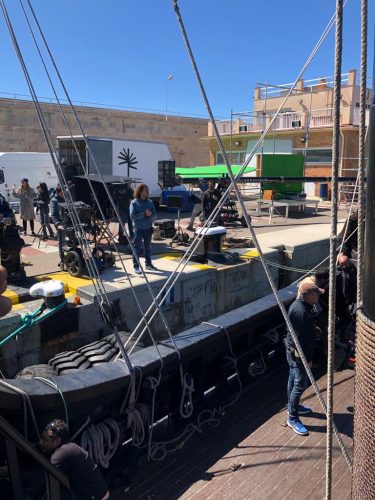 In terms of finding the right location the film the spot for the shoot in Mallorca, Palma Port was the only realistic option. “We hoped to shoot the ship in a smaller and more picturesque port, but there are none on the island that will fit this size of vessel as Mallorca is more famous for its isolated rural coves” Jeremy observes.

The action sequences were filmed whilst moored in the port. “Whilst being moored meant that servicing the boat was made easier from a production point of view, the height of the harbour walls in Palma and the large cruise liners which constantly dominate the skyline, made life very hard for Danny Cohen (DOP) and his crew. A series of green-screens were used to block out backgrounds and plates shot to accommodate the sea views, were then replaced in post-production by Freefolk in London”.