Written by Shona Smith on Jun 24, 2019. Posted in Awards and Festivals

Fifteen companies from four continents took up the straight 8 challenge, with four entrants taking awards home after the audience vote.

In straight 8, the first time that any of the entrants see their films is at its Cannes premiere premiere. Shot on a single cartridge of straight 8 film, with no opportunity for retakes or editing, entrants send their film cartridges to straight 8 partner Cinelab London to be processed and scanned. Original soundtracks are made without seeing the film and lined up with the first frame of each film for the premiere. 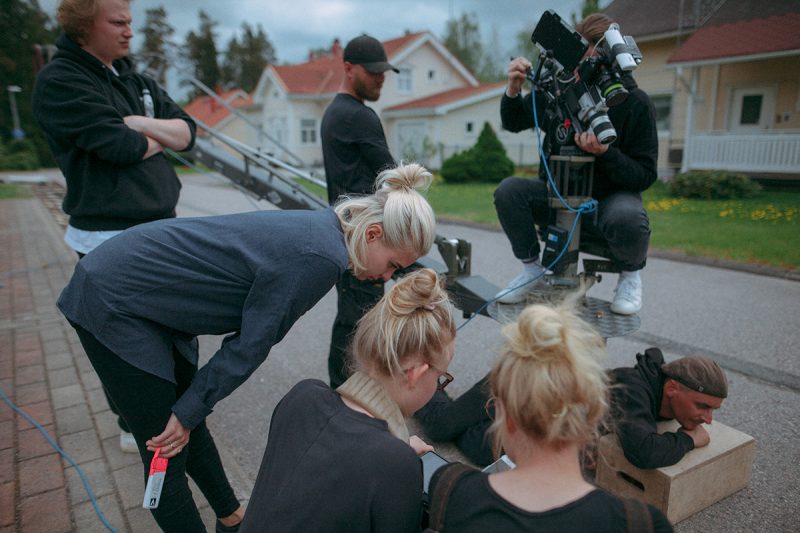 Even the running order is created by a random number generator, with this years event initiated by Director’s Guild's entry. Opening the show with a cinematic crane shot on a surburban Helsinki street (pictured above), the film which went on to win the Gold award, setting a very high bar for the screening. 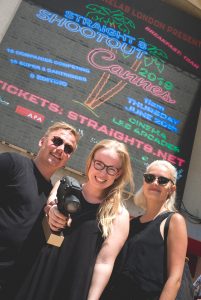 Producer for Director’s Guild, Juha-Matti Nieminen said “It turned out to be great fun on the shoot and super stressful screening it for the first time at the premiere in Cannes. But it was worth all that. It was pure pleasure to see all these great films around the globe, and we still can’t believe that we took the gold award home. Thank you so much for all our contestants for a good run and great thanks for straight 8 for this absolutely great event. I think everyone who considers their self as a filmmaker should try it this pure at least once in their life. We’ll be back next year for sure”. 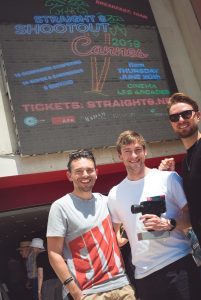 Silver prize went to Iris Worldwide who won the Gold in 2018 (pictured left). for their film Beloved§ and donated their prize money to charity, Children with Cancer UK.

In third place was Rankin Film from London, UK with Bless You and donated their money to Climate Coalition.

The audience award, which is presented to the company whose film got the loudest audience reaction aside from the winners went to Partizan, London UK for their film Kate.

For now the films are being kept under wraps as all fifteen entries will be screened for a second time in London at the Regent Street Cinema, 307 Regent Street, London at 9:30 – 10:30 am on Friday 28th June 2019. Tickets are available here.