Written by Shona Smith on Jul 12, 2019. Posted in Awards and Festivals

The sixth annual LMGI Awards, honouring the outstanding and creative visual contributions of location professionals and film commissions in film, television and commercials, will be held on September 21, 2019 at the Broad Theatre in Santa Monica. Nominations will be announced on July 18, 2019.

Honoring the outstanding and creative visual contributions of location professionals and film commissions in film, television and commercials the LMGI Awards accepts domestic and international submissions for work that demonstrates the significance of locations in supporting character development and storyline.

Awards will be presented in the following categories:  Contemporary Film, Period Film, Contemporary TV, Period TV, Commercials and Film Commissions. Honorary Awards include the Humanitarian, Lifetime Achievement, Trailblazer and the Eva Monley Award, which recognises and honours industry members who support the work of location professionals. 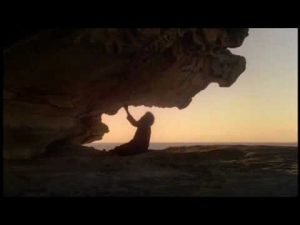 Announced by LMGI President Mike Fantasia, the 2019 Eva Monley Award honoree is Oscar-nominated director, producer and screenwriter Peter Weir, best known for his work on Witness (1985), The Truman Show (1998), Dead Poets Society (1989) and Master and Commander (2003) movies which all earned Weir Oscar nominations for best director. Having led the Australian New Wave Cinema movement with hypnotic Picnic at Hanging Rock, the lyrically surreal Last Wave (pictured right), brutally realistic Gallipoli and sultry Year of Living Dangerously the LMGI explain that “from a precarious geological outcropping to the aboriginal outback to steamy Indonesia, Weir’s earliest films exemplify the value of evocative locations in the crafting of intelligent, moody dramas exploring the balance between characters and their environment.  He directed a diverse group of international films, many with Location Manager Mike Meehan who is set to receive the LMGI Lifetime Achievement Award”. 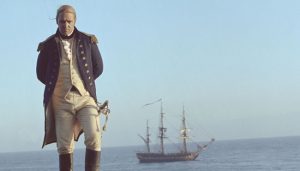 Michael J. Meehan, a Location Manager who has travelled the world for thirty years scouting for major studios everywhere from Canada to Venezuela is set to receive the Lifetime Achievement Award. Having worked on over thirty-eight movies and scouted more than forty countries including Mongolia, China, Russia, Bulgaria, Morocco, India and the Galapagos, Meehan’s credits include Witness, Dead Poets Society, Arachnophobia, Toys, Pirates of the Caribbean 2/3, Master and Commander, among others. Having worked on a number of water movies such as Perfect Storm, Pirates, Sphere, Deep Blue Sea, Battleship, Poseidon, Meehan has become a specialist in the area, helping to design tanks in the United States and Spain. Click here to read our Interview with Meehan on making water work on film.

Click here to read about last years winners.
Committee Co-chairs of this year’s LMGI Awards are Lori Balton, Mike Fantasia and John Rakich. For more information visit www.locationmanagers.org or contact awards@locationmanagers.org. The Location Guide is a media sponsor alongside The Hollywood Reporter, Variety and SHOOT.