Written by Shona Smith on Sep 4, 2020. Posted in Incentive News 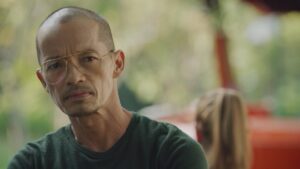 The Film Location Program (FLIP) awards a 20% cash rebate on their Qualified Philippine Production Expenses (QPPE). The minimum spending requirement is PHP8 million (USD164,000). In the first round, the Filipino line producers of Almost Paradise and Survivor Russia received the incentive.

FDCP Chairperson and CEO Liza Diño-Seguerra says “the goal of these incentives is to open up the industry for collaboration with the rest of the world, for people to discover how talented we are, how good we are in providing service, and how the Philippines can be a global creative hub for films”.

“We need to highlight what sets the Philippines apart from the rest of Asia: English is a second language to us. That's a significant advantage. We are also flexible when it comes to accommodating sudden changes in production. We certainly make things happen,” added Diño-Seguerra.

ABS-CBN Corporation, was the line producer for US VOD series Almost Paradise under Electric Entertainment and was the first recipient of FLIP. The production wrapped in Mactan Island, Cebu just before a nationwide quarantine was imposed. Dean Devlin (Independence Day, Geo-Storm) directs ten episodes of the action-drama based on the adventures of a former US DEA agent who moved to the Philippines in the country.

Philippine Studios was the partner for Mastiff Russia who filmed thirteen episodes of Survivor Russia that filmed in El Nido, Palawan province of the country. The Philippines’ pristine beaches has previously featured in Survivor but this is the first series to be awarded the incentive.

The two awards made through the International Co-production Fund (ICOF), open to full length feature with at least PHP 5 million worth of QPPE. Philippine companies in a co-production agreement with international counterparts qualify. 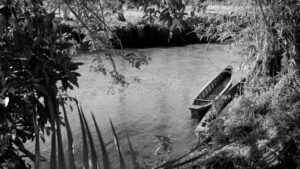 Nocebo, a supernatural thriller by Lorcan Finnegan received an award of PHP6.5 million. The film is about a fashion designer who suffers from a mysterious "tick-related" illness until help arrives in the form of a Filipino nanny who uses traditional folk healing to reveal a horrifying truth. It is a co-production among Wild Swim Films from the UK, Epicmedia Productions, Inc. from the Philippines, and Lovely Productions from Ireland.

Epicmedia is also a co-producer of ICOF recipient Kapag Wala Nang Mga Alon (When The Waves Are Gone) (pictured right) by Lav Diaz, the acclaimed Filipino auteur. Snowglobe from Denmark and Films Boutique from France are the international producers. Diaz’s latest film, a revenge drama had locations in Lisbon, Portugal and Manila and Tagaytay in the Philippines, will receive PHP 6 million.

The next round of applications is currently open and runs until November 27, 2020.