Manderley, a fictional country house is integral to Daphne de Maurier’s 1938 psychological thriller Rebecca, which opens with the iconic lines “Last night I dreamt I went to Manderley again”. The house itself is such a central character that production designer Sarah Greenwood (Sherlock Holmes, Beauty and the Beast) knew it needed to seem new and unique. Eight UK country houses and estates were amalgamated for the Netflix adaptation. 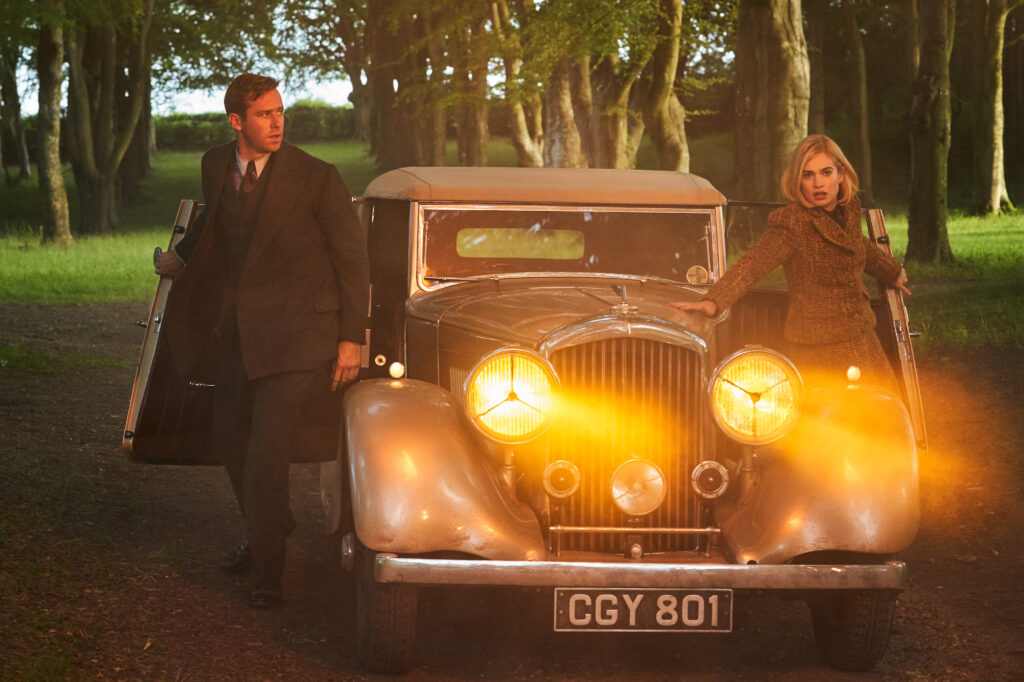 The classic story follows a young woman, played by Lily James (Yesterday, The Guernsey Literary and Potato Peel Pie Society), who returns to England after a whirlwind romance in Monte Carlo with a handsome widower Maxim de Winter, played by Armie Hammer (Death on the Nile, Hotel Mumbai). The newly married couple arrive at Winter’s imposing family estate on the English coast where the shadow of his elegant and urbane ex-wife remains. Her legacy is kept alive by sinister housekeeper Mrs Danvers, played by Kristin Scott Thomas (Four Weddings and a Funeral, The English Patient). 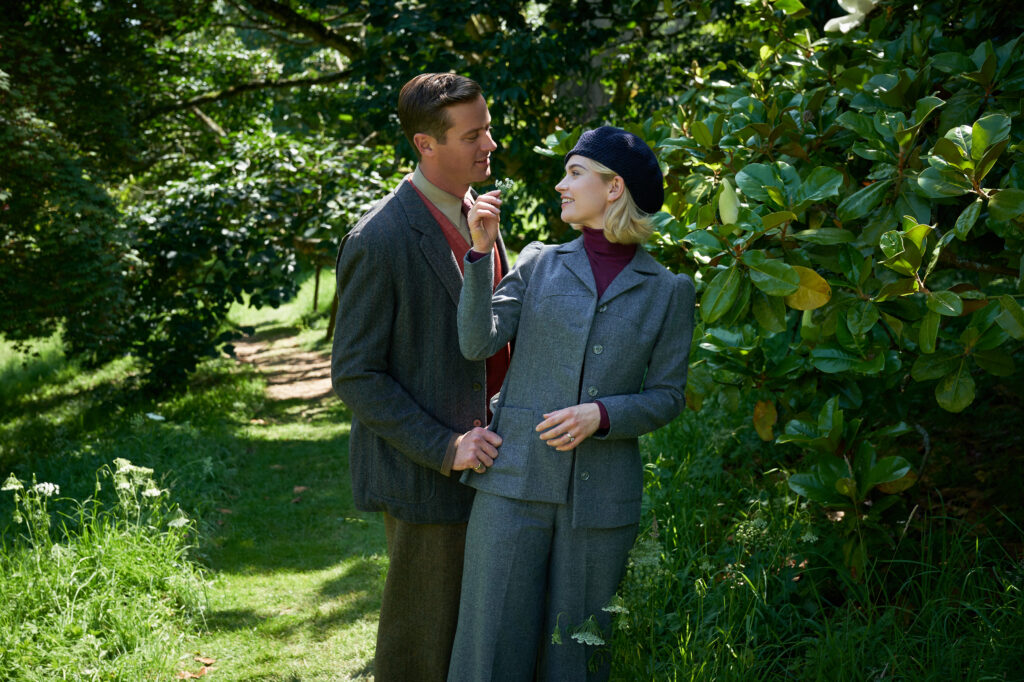 British country houses and estates are regularly in demand for filming but the challenge for the Rebecca adaptation was how to make Manderley seem new and original to viewers. To achieve this, eight country houses and estates were amalgamated to create the fictional estate. The design of the house was informed by the book, which itself is a composite of the author’s various homes.

“It was complicated. We made our lives really, really hard,” says Wheatley. “They go out one door at one scene and appear 200 miles away in another house. But I think it was definitely worth it. It gives a feel to the house that we would never have had if we stayed in one place.” 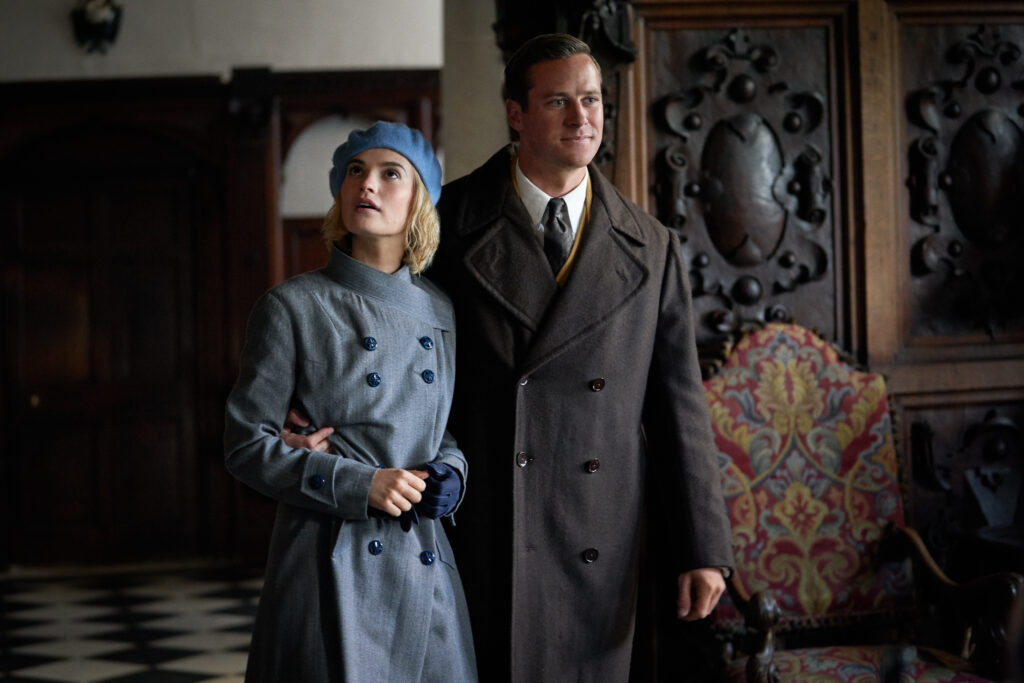 “When she walks into this house, she has no idea about etiquette, about process, and the fact that you have a morning room, dining room, library. All these different places for all these different purposes. It’s just an absolute bafflement to her” says Greenwood. “But that was one of the things that was kind of freeing: You never got the geography. In fact, we’re positively anti-geography in the house. We’re not explaining the house because it isn’t explained to her... That allowed us this freedom with the house in that nothing had to match. It starts off as Elizabethan, then you turn a corner and you’re into Georgian, you turn another corner and you’re into Victorian, and then you turn another corner and it’s Edwardian”.

Although the titular character Rebecca, de Winter’s ex-wife, never makes an appearance in the film her influence is felt throughout.  On location touches to the interior signal Rebecca’s Hollywood-like glamour and otherness. Sensuous fabrics such as velvet, satin and a polar bear skin rug were placed amongst the otherwise dark and aristocratic interiors kept her presence on screen. 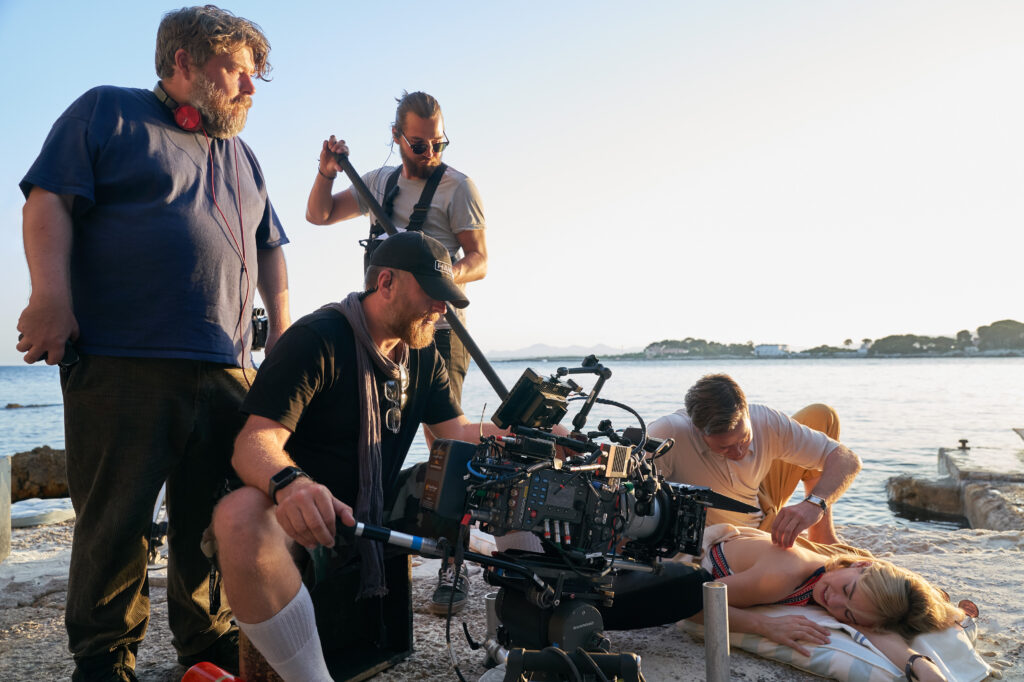 The shoot began in  France where the film opens, with the Monte Carlo setting providing contrast to the English estate where the tone darkens. Glamourous locations included the Hotel Regina in Nice, the Villa Eilenroc in Antibes and the Exotic Garden of Monaco. “We just worked with really beautiful light in France, so it was a real opportunity to revel in that sunshine” Says cinematographer Laurie Rose (Peaky Blinders, Stan and Ollie). 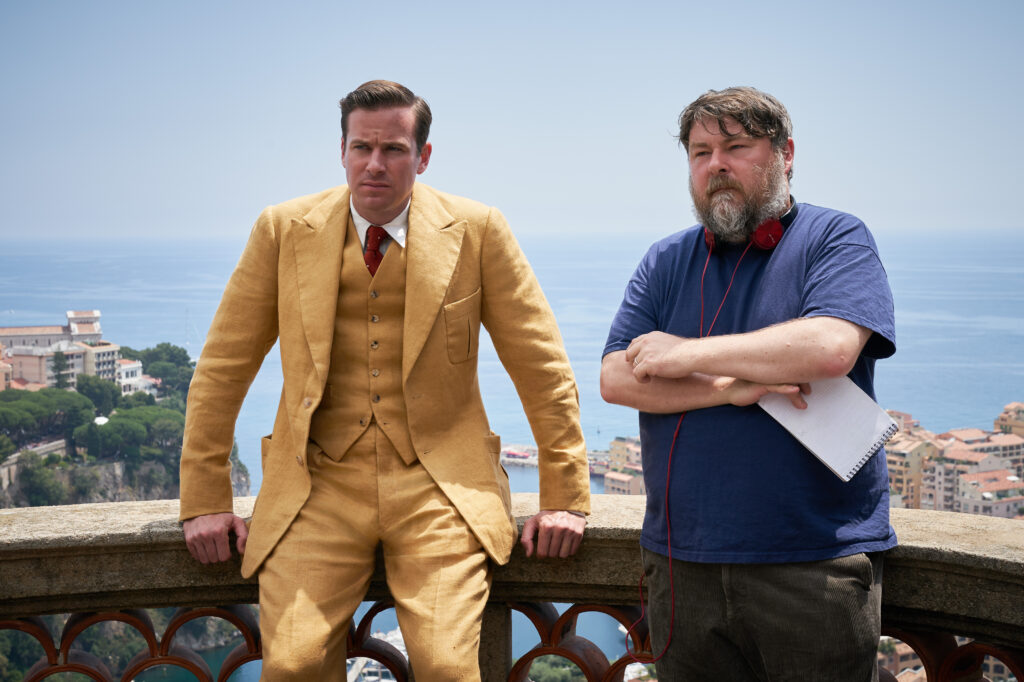 The production benefitted from the French Tax Rebate for International Productions (TRIP). The 30% incentive now includes a 10% bonus for productions that include a substantial amount of VFX work in France. To qualify projects must spend more than EUR2 million in VFX related eligible expenses but the bonus applies across all French Qualified Production Expenditure.