Written by Shona Smith on Oct 9, 2020. Posted in Production News

Wolf is the first independent film supported by Screen Ireland to shoot during the Covid-19 pandemic. The feature written and directed by Mathalie Biancheri (Nocturnal) is produced by Jessie Fisk of Feline Films and Jane Doolan of Mammoth Films and co-produced by Mariusz Wlodarski and Agnieszka Wasiak of Lava Film in Poland. 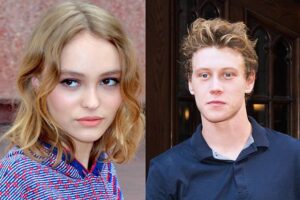 George McKay (1917, Pride) takes on the role of Jacob who believes he is a wolf trapped in a human body, a real life condition known as dysphoria. He is sent to a clinic that specialise in the disorder and meets other patients who self-identify as other species. Together they are forced to undergo increasingly extreme “curative” therapies. The only respite to this is the enigmatic Wildcat played by Lily Rose Depp (The King) who he roams the hospital with in the dead of night.

Wolf is the first independent film supported by Screen Ireland to shoot during the Covid-19 pandemic. Other productions including Irish film noir production Barber starring Aiden Gillen (Game of Thrones, Peaky Blinders) have completed physical production since the lockdown lifted. Screen Ireland has been working to support the film, television and animation sector throughout the pandemic and has published filming guidance.

“Screen Ireland is proud to support Wolf, not only for the creative strength and boldness of the project itself, but for the ingenuity the team behind the film have shown in getting production back up and running in such challenging circumstances. Getting the film over the finish line has been an incredible achievement from the filmmakers. We can’t wait for the finished film to reach international and Irish audiences alike” says Celine Haddad at Fís Éireann/Screen Ireland

“It’s been an incredible journey realising Wolf,  this project has been a huge part of myself and Nathalie’s life for the last few years, we couldn’t have imagined the journey being quite so surreal. Focus [Focus Features have acquired worldwide rights] came on board the project at a time where we felt we were trying to make the impossible happen in shooting the film during a pandemic. To have such enormous champions of cinema recognise the potential in Wolf was such wonderful motivation. With the support of Screen Ireland and the incredible cast and crew, Nathalie has truly created something very special in Wolf.” - Jessie Fisk, Producer

Ireland offers a 32-37% Tax Credit for Film, Television and Animation. There is a EUR70 million per project cap, no annual limit and international cast and crew working in Ireland qualify. There is a 5% regional uplift for projects substantially produced in the regions outside Dublin/Wicklow and Cork City and County.