Johnny Flynn (Emma, Beast) takes on the role of a young David Bowie as he embarks on his first trip to America in 1971, the trip that inspired the invention of iconic alter ego Ziggy Stardust. Ontario, Canada doubled for New York, Los Angeles and the UK in the early seventies. 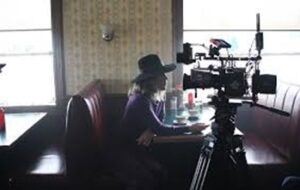 Salon Pictures Founder, Creative Director and Producer Paul Van Carter says “Stardust was conceived from the start as an origins story, David before Bowie, so to speak, being both independent of studio system and the estate, we set out to make an arthouse film about artistic identity and the formation of one of the Twentieth Century’s greatest cultural icons".

UK based Salon Pictures co-produced the feature with Wilding Pictures in Canada, with financing from Film Constellation and Piccadilly Pictures. As a treaty co-production, Stardust could access Canada’s 25% Payroll Tax Rebate as well as the provincial 35-45% Film & Television Tax Credit on Ontario labour expenditures.

"We filmed Stardust in Ontario, to access the generous tax credits. There is a town called Hamilton just outside of Toronto, which has a lot of period architecture that we could match for 1971 New York, Los Angeles, and also England” says Carter. Hamilton has previously been used in period productions including The Shape of Water, where it doubled for 1960s Baltimore. The Handmaid's Tale, and Black Mirror Episode Arkangel have also shot in the town. 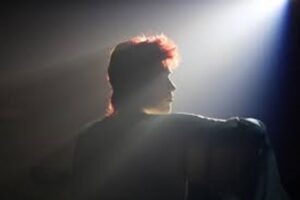 Director Gabriel Range (I am Slave, Death of a President) explains his approach to the film which is more of a moment in time style film than a biopic of the cultural icon. “There was something so mysterious and enigmatic about him all his life and his professional career. It’s easy to see people like David and think, “God, they’ve always been that way, they’ve always had that success” and to lose sight of what it was like before that. The thing that is so extraordinary about David at this point in his career is how many times he tried and failed and yet he had this incredible determination to keep going. I wanted to capture that moment of insecurity before the big breakthrough, exploring the young man behind the icon”.

Flynn stars opposite Jena Malone (The Hunger Games, Batman vs Superman) as Bowie’s Wife Angie, and Marc Maron (Glow, Joker) as Bowie’s record company publicist. A thorough casting process was undertaken with a long list of potential Bowie’s presented to the creative team by casting director Daniel Hubbard. “When Johnny Flynn came into view, and showed us his version of Bowie, there really wasn’t any doubt, he has an incredible sensitivity and understanding as an actor, and a successful career as well as a musician, singer and songwriter”. 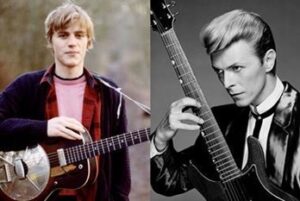 Sound Re-recording Mixer Tim Cavagin at Twickenham Studios adds, “the movie hinged around how believable Johnny Flynn was as the early Bowie, and on this front he was amazing. Not only did he look quite a lot like him, but he is such a varied and talented vocalist and instrumentalist which made the live performances so much easier to work on. Making the performances sound live was helped by his projection of voice and also his masterful guitar playing. With the live tracks and studio stems I feel we give the audience a true feel and vibe of the context, era and environment we were trying to recreate.”

With credits including Bohemion Rhapsody and Amy to its name London’s Twickenham Studios was chosen for the sound. The studio's  Film Consultant Dan Pagan is a long term collaborator of Carter and says "our close relationship meant we could get the Twickenham Studios multi awarded Sound team involved from very early creative concept stages which was so key on such an important musical biopic of this nature. Telling the Bowie story from a sound perspective is an opportunity the whole team could not wait to be a part of. It felt like such a natural home place to bring here to Twickenham Studios following on from our Oscar Win for Best Sound Mix on Bohemian Rhapsody (telling the story of Queen) and other such previous high profile biopics including Asif Kapadia’s trilogy Senna, Amy and Maradona”. 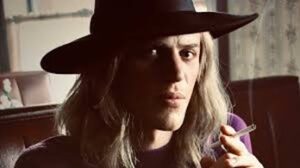 “The project became one of my favourite films I’ve recently worked on, as I thought the performances of the five main actors were fabulous. Especially Johnny Flynn whom I thought portrayed the flamboyant yet fragile young Bowie brilliantly” says Stardust Sound Re-recording Mixer Cavagin. “The sound mix in this film was a lot of fun as it’s largely a road movie with 3 live performances at the beginning, middle and end. Large parts of the movie are spent in a car and so the challenge was to make the soundscape as interesting and varied as possible. We were keen to show a progression in slickness in the live performances. This was possible as we had access to all the instruments and vocals as separate tracks that were either recorded on the day or as sessions recorded by Johnny in his studio. With the film starting in London and leaping across America, East to West Coast we had plenty of opportunity to create contrasting soundscapes to help place the film in its various locations. Twickenham Studios Sound FX Mixer Max Walsh pretty much had free reign! Add to that a wonderful score, and you can't really ask for more as a mixer”.

Productions that shoot in Ontario, Canada can stack the Canadian Federal Tax Credit as well as Province’s state incentive.

As a treaty co-production, Stardust had access to the federal 25% Film or Video Production Tax Credit which sees 25% of labour expenditures, capped at 60% of a production budget.

International productions can access the Film or Video Production Services Tax Credit which applies a  16% rebate on Canadian Labour expenditures.