Written by Shona Smith on Nov 9, 2020. Posted in Awards and Festivals

The five finalists are competing to be named best European film location in a vote by the general public. The European Film Commissions Network has revealed the shortlist of locations in Slovakia, Italy, Germany, Lithuania and North Macedonia.

The 2020 EUFCN Location Award is the edition of the annual prize for European film locations organized in collaboration with Cineuropa. “Through the Location Award, we want to highlight the importance of filming locations and the close collaboration between our members and location scouts,” comments EUFCN President Truls Kontny. “In these strange times, we are confident that such an initiative will also contribute to the rebirth of tourism across Europe, in the name of filmmaking.”

A record twenty-eight submission were received from EUFCN members who each had the opportunity to submit one location from a film, a TV series or a documentary shot in their country and released between July 2nd, 2019 and Sept. 20th, 2020.

For the first time a EUFCN Location Award Jury deliberated over the submissions. Distinguished professionals Lori Balton (International Location Scout, Co-Founder and Past President of the LMGI), Valerio Caruso (Director of Cineuropa), Matthijs Wouter Knol (Director of the European Film Market), Julian Newby (Founder and Editorial Director of Boutique Editions Ltd.), and Julie-Jeanne Régnault (Secretary General at EFAD – European Film Agencies) were on the Jury.  “In addition to finding some favorite locations among the selections, I am delighted to discover so many brilliant new location options among the submissions. It was a difficult process to narrow them down. Bravo!” says Lori Balton LMGI. This UNESCO World Heritage Site is a beautiful Slovakian town with well-preserved historical sites. The old Castle and winding streets of the historic centre transport you to a time when wealthy aristocrats and bourgeois were alive in this once prosperous gold-mining town that was under the ever present threat of Turkish invaders. 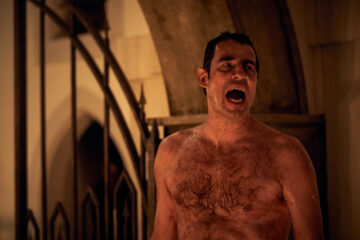 The creators of the BBC/Netflix mini-series Dracula were in search of the most authentic medieval locations when they found the hidden gem in the heart of Slovakia. 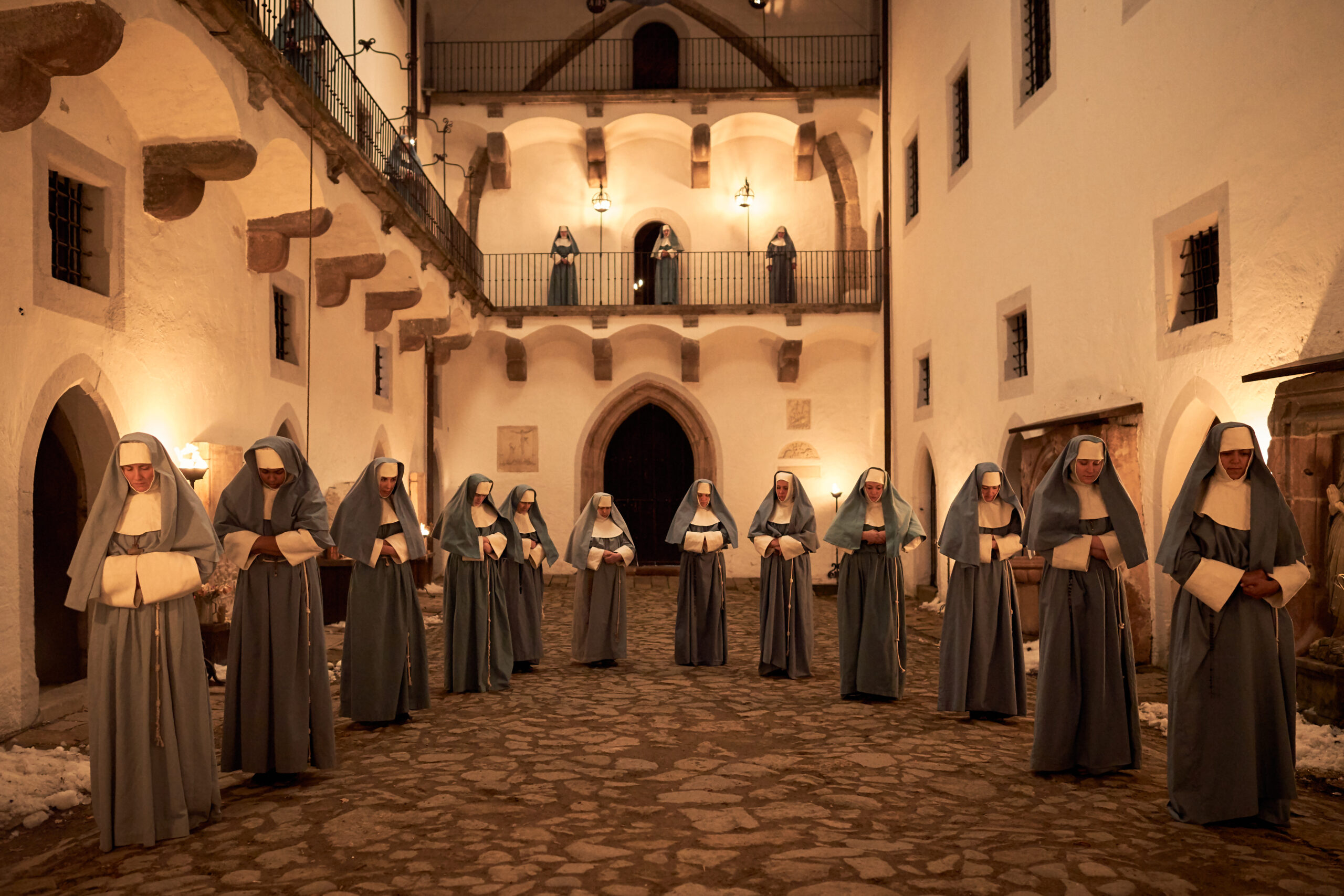 In Italy’s South Tyrol, three natural lakes were joined in 1950 to create a new reservoir. The mountain village of Graun/Curon was submerged, all the old buildings were destroyed except for the church building dating back to 1300. According to local legend the bells can still be heard ringing from the new village that stands near the lake. This is nothing strange under normal circumstances but the bells were removed from the tower in 1950.

The authors of Netflix series Curon were inspired by the compelling location and local traditions for the supernatural tale where haunting secrets lurk beneath the surface of Lake Resia. The surreal church tower in the middle of the lake.

Italy provides up to 30% tax credit for foreign and co-productions. The lush landscape, surrounding moat and historical interior is befitting any fairytale or period piece. However, the baroque building was nominated for its involvement in action-packed Charlie’s Angels, for the setting of a decadent “Vision party”. Epic fight scenes between the angels and their nemeses are framed by a large collection of historical red deer antlers, crystal chandeliers and walls full of 17th century leather tapestries with monumental figurative paintings, which contrast beautifully with the ultramodern party scenes. The film shoot took place over a period of 10 days in 2018, mainly in the castle’s Dining Hall (Speisesaal) and Hall of Monstrosities (Monstroesensaal). The castle may also be familiar to European film fans as it is where Cinderella famously lost her shoe in the popular Czech-German winter family film Three Wishes for Cinderella in 1973, which became a Christmas holiday classic in several European countries.

Germany has a Federal Film Fund providing up to 20% of local spend. A MDM Film Fund is available to national and co-productions. Pazaislis Church and Monastry Complex were built in the 17th century by Chancellor of the Grand Duchy of Lithuania Kristupas Žygimantas Pacas (1621–1684) for the Camaldolese monks in a remote forest in the Kaunas Lagoon peninsula. Some of the scenes of the HBO and Sky miniseries Catherine the Great were filmed in Pazilis Church. The baroque building was turned into an Orthodox church, parts of the Monastery became guards’ barracks, and even a morgue. Together, the unique complex added authenticity to the story of a splendid and opulent reign of one of the most powerful monarchs in history. The nearly deserted Mariovo plateau was once a hive of activity but abandoned stone houses are all that remain of Moriovo’s more than two dozen villages that were deserted in the 60s and 70s. Volcanic rock slashes the landscape with a harsh, graphic quality and the exposed stone walls and stone slab roofs in the villages give them a distinctly medieval look.  Director Milcho Manchevski made the area internationally known thanks to his films (Before the Rain, Dust, Mothers, and Willow), and has described the landscapes as “biblical”.

Vrba (Willow), is a tale of love, trust and motherhood over centuries, that focused on the stone bridge in Zovich, stone houses in stone houses in Shtavica and the open, rocky landscapes of Mariovo and Treskavec. Voting opens on Nov. 9th and runs through Jan. 12th 2021. The EUFCN Location Award 2020 will be handed out to the winning film commission in February during the Berlinale.