Written by Shona Smith on Dec 1, 2020. Posted in General Interest 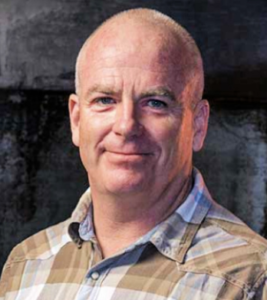 The Association of Film Commissioners International (AFCI) has announced the appointment of Kevin “KJ” Jennings as its new president. He replaces Jess Conoplia, who joined AFCI’s leadership team in 2017 and has stepped down from her role as president to pursue other opportunities within the film and TV production industry.

Jennings takes the helm at AFCI after serving for 13 years as executive manager of Film Otago Southland (FOS) – a regional film commission in New Zealand.  He helped raise New Zealand’s profile as an international filming destination and make entertainment production a major contributor to the nation’s economy. Notable projects that filmed in the FOS region in recent years include Mulan, Mission: Impossible - Fallout and The Hobbit. Under Jennings’ leadership, FOS earned the 2019 “Outstanding Film Commission” award from the Location Managers Guild International.

“KJ brings the experience, expertise and connections required to lead AFCI into 2021 and the post-COVID world,” said AFCI Board Chair and Buffalo Niagara Film Commissioner Tim Clark. “He understands our organization and is committed to helping members work more closely with content creators and policymakers.”

Jennings previously served as board chair from 2016 to 2019. An immediate focus for Jennings will be to expand AFCI’s COVID-19 Global Production Alert resource, which provides the industry with updated information on pandemic-related policies worldwide.