Written by Shona Smith on Dec 15, 2020. Posted in Awards and Festivals

The winners of the first ever makers & shakers Awards, supported by EQUALS Money, were revealed during a virtual awards ceremony on December 14th. 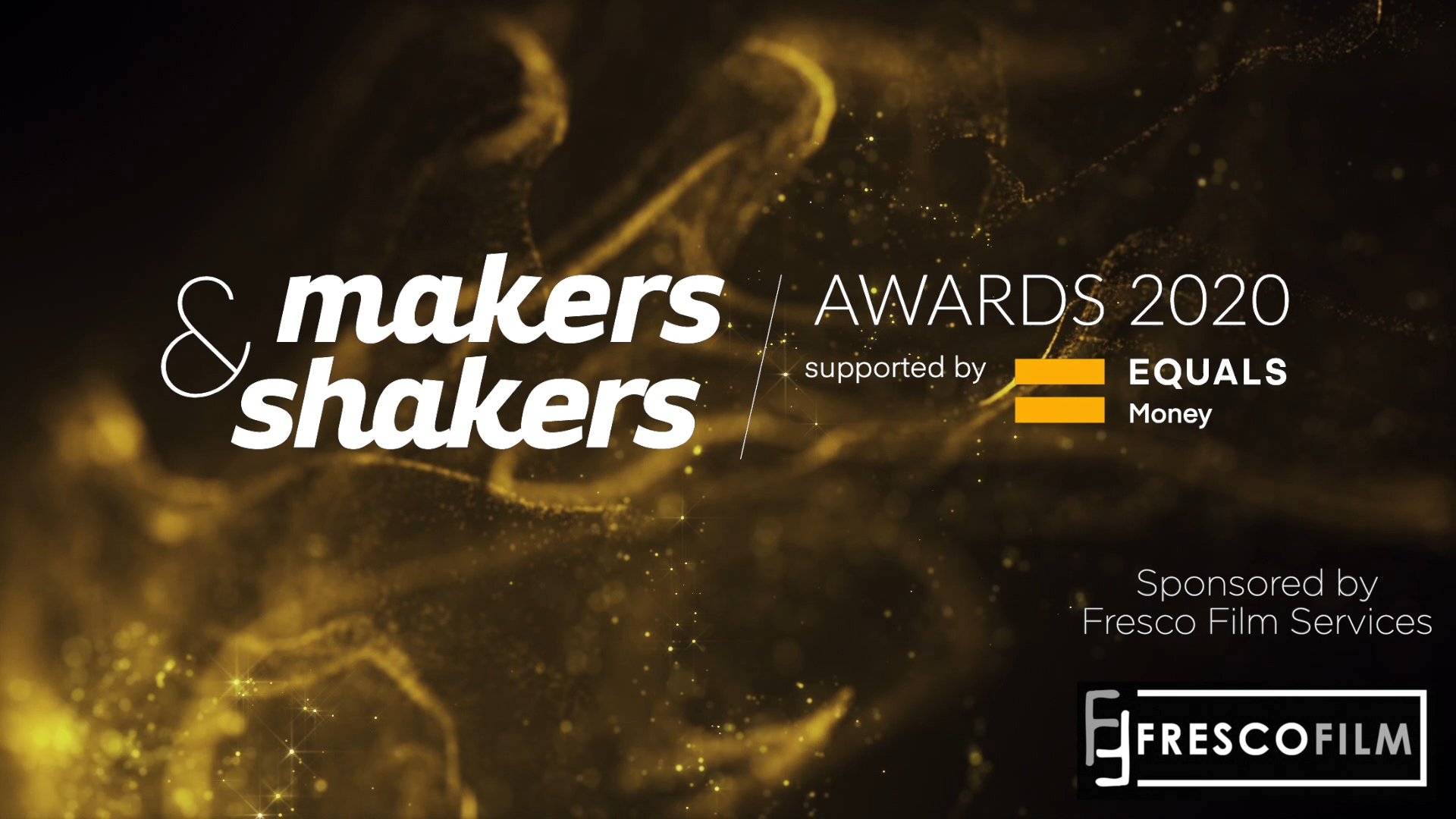 Hosted by comedian Jen Brister, the awards showcased the very best ideas and initiatives from the global film, TV, commercials and games industries. The event also marked the beginning of three days of industry networking and production intelligence at FOCUS Digital.

Launched by The Location Guide, makers magazine and FOCUS, the Awards revealed the winners of its seven categories after rigorous judging by leading industry figures from organisations including Netflix, Warner Bros Studios Leavesden, Pact, Screen Auckland and LMGI.

Initiatives that tackled issues surrounding mental health, gender, diversity and inclusivity featured heavily in many of the categories. The winner of the Shaker of the Year Award, which recognises those going above and beyond their duties to improve the sector, was chosen from an impressive all-female shortlist.

The Location Guide’s managing director, Jean-Frédéric Garcia, said “We received entries from all over the world and we are truly grateful for everyone who entered. It has been amazing to see the innovation and creativity the industry produces. There is a lot of hard work going on developing new initiatives, and what people have done during Covid-19 is inspirational. Many of the industry’s key issues have also been addressed in these awards: mental health, gender, diversity and inclusivity”. 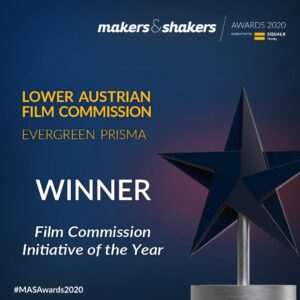 FILM COMMISSION INITIATIVE OF THE YEAR, is awarded to a notable initiative from a local, regional or national Film Commission.

The LOWER AUSTRIAN FILM COMMISSION was awarded the trophy for its digital platform EVERGREEN PRISMA.

Evergreen Prisma provides free access to professional expertise and the tools for implementing green filming into daily production processes. The Judges praised the commission for taking responsibility for the future and deemed that “this initiative leads a long-needed culture of change that goes beyond their own territory”.

THE COLORADO OFFICE OF FILM, TELEVISION AND MEDIA was highly commended for ITS NATIVE INITIATIVE WORKSHOP JULY-AUGUST 2019. 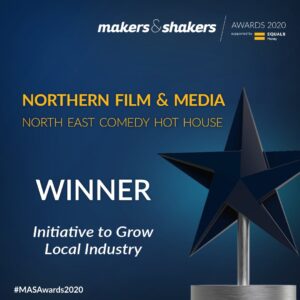 The North East Comedy Hot House was set up to champion, develop and connect comedy talent in the North East. In just the first year, Channel 4 commissioned the Hot House to produce 24 sketches for online platforms. The judges commented: “The winner has produced a well-rounded initiative, filling a gap in the market that is difficult to break into. They really stood out and are committed to growing the local industry”. 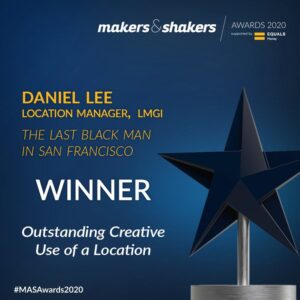 The OUTSTANDING CREATIVE USE OF A LOCATION award goes to a location professional for the creative use and management of a single location which created a memorable impact on-screen.

The indie film shot entirely in San Francisco and presented the city in all its contradictory glory. A grand though shabby Victorian house plays a major role in the film, as well as several locations that have since been victims to gentrification. The judges noted that the locations played a critical character in the film and were crucial to tell the story. 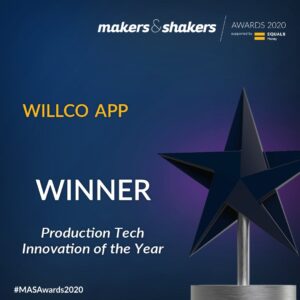 Production management and coordination app WILLCO came out on top in this competitive category.

The powerful, intuitive and time-saving cloud-based app assists with production management and coordination. The app handles elements such as paperless crew and cast hiring, suppliers and locations management, scheduling for pre-production and shooting, and production and legal paperwork releasing. The judges commented that “It’s a global product that is a huge leap forward. Very user friendly and a producer’s dream come true”. 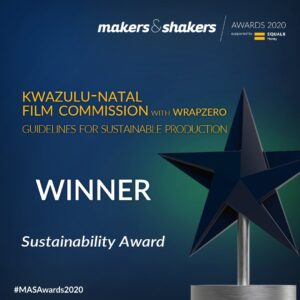 The SUSTAINABILITY category awarded a campaign or initiative aimed at significantly reducing the carbon footprint of a production, while enhancing the production process and maximising screen value.

KWA-ZULU-NATAL FILM COMMISSION with WrapZERO for its Guidelines for Sustainable Production.

KwaZulu-Natal is one of South Africa’s main media production regions and the first in the country to recognise it is imperative to equip local content creators and service providers with knowledge and tools to practise their business in a sustainable manner. Research on resource use and local industry was followed by formal industry guidelines. The judges said: “The winner was praised for their rigorous research and the result is beneficial for everyone. This initiative is helping the industry reframe the approach to sustainability”. 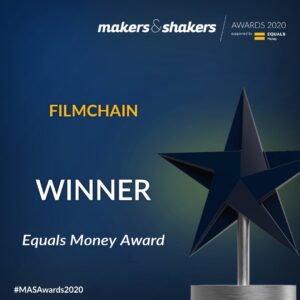 EQUALS MONEY AWARD created with EQUALS Money, which offers expert payment solutions for businesses around the world, looked for an innovative production spend or process which had a positive effect and made an impact on the production budget.

FILMCHAIN, a UK based platform that revolutionises the collection and allocation of revenues in the film and TV industries worldwide was named the winner.

The platform leverages a private Ethereum blockchain ledger to maintain transaction information, execute fast payments and accommodate complex recoupment schedules with hundreds of beneficiaries. The online dashboard allows beneficiaries to access their money and data and follow exactly how their title is performing in any territory, at any time. One judge concluded that “In this digital world, I believe this is the future of film and TV finance”.

Production Accountant GARETH JONES of MONEYPENNY was highly commended in this category. 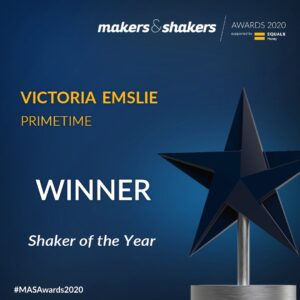 SHAKER OF THE YEAR was the final award to be announced on the night. This prestigious category recognises those going above and beyond their duties to improve the sector and are the forces of change. Notably, the category had an all-female shortlist.

VICTORIA EMSLIE was named shaker of the year for the initiative PRIMETIME.

PRIMETIME is a network for women working in the film, TV and commercial industries across pre-production, production and post-production. The network launched at Cannes Film Festival in 2019 and aims to be a practical solution to help productions hire gender-balanced, inclusive teams worldwide. During the judging, Victoria’s generosity, courage and creativity were commended. “The winner has made phenomenal progress launching a trusted and respected resource in the industry at a time when it is much needed” said one judge.

See the full shortlist and winners:

FILM COMMISSION INITIATIVE OF THE YEAR

OUTSTANDING CREATIVE USE OF A LOCATION

PRODUCTION TECH INNOVATION OF THE YEAR

Shaker of the Year