Written by Shona Smith on Dec 10, 2020. Posted in Interviews

Spotlight on Record in Iceland, a presenting exhibitor at FOCUS Digital. Did you know that Iceland offers a 25% refund on both film production costs and music recording costs? Tune in to the presentation: Iceland adds another incentive for producers on Thursday 17 December at 10:40 - 11.20 to hear how you can benefit from the new incentive. 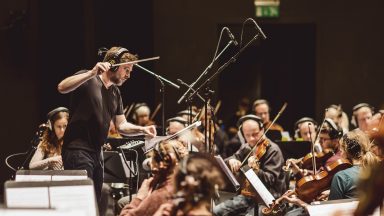 We have attended FOCUS every year and this year we are focusing on the new 25% incentive for recording your film scores in Iceland. Prominent companies such as Disney, Netflix, and BBC to name a few have benefitted from this new incentive program. Projects like The Old Guard, Eurovision and Vikings are good examples of what has been recorded in Iceland in terms of film scores.

With these two incentives Iceland has become a true one stop shop for filming and recording. With talented people and great landscapes Iceland truly is a creative hub.

Connect with industry professionals, both make new friends and also to meet with the old ones and spread the word about what Iceland has to offer, both with regards to the film industry and the music industry - it is essentially a one stop shop for both. The film and music scene in Iceland is constantly changing so it is important to share the latest information and FOCUS is a good meeting point for purpose. 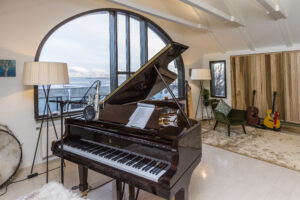 Record in Iceland began in 2019 as an effort to promote the 25% refund system offered by the Icelandic government. Iceland Music, the music export office, manages the initiative.

Iceland offers a variety of recording studios that all have a unique character and are technologically sharp. Musicians such as Kanye West, Brian Eno, Björk, Sigur Rós, Ben Frost, Damien Rice and many others have chosen Iceland as their recording destination. In later years it has also become an increasingly popular place for recording film, TV and gaming scores, with the BBC’s Perfect Planet, The Old Guard and God of War being just a few examples.

The refunds are offered on recording costs, wage expenses connected with the recordings, post-production, travel and transport, and more. All information about the project can be found on its website, recordiniceland.com.

Iceland is a creative hub. It is home to highly skilled musicians, world-class recording facilities, various production service companies, and inspirational surroundings, making it a perfect location for both filming and recording music.
The country also offers a wealth of experienced music producers and a close knit community of talented musicians who are always open to working on interesting projects.

Moreover, the country is easily accessible by air to most major hubs on both sides of the Atlantic.

Register now for your free delegate badge for access to attend the presentation: Iceland adds another incentive for producers – Listen how you can benefit on Thursday 17 December 2020 at 10:40 - 11:20.