Written by Shona Smith on Dec 11, 2020. Posted in General Interest

WE ARE UK FILM exhibits at FOCUS for the first time

We Are UK Film, the umbrella for the UK’s film national and regional agencies, producers and sales companies are exhibiting at FOCUS for the first time. We Are UK Film will also have a presence throughout the packed content programme with experts appearing in various sessions.

The British Film Commission, the BFI, Creative England, Film London and ScreenSkills will exhibit at FOCUS Digital under the We Are UK Film umbrella.

Each organisation is making their expertise available for meetings and advice in 1-2-1 meetings. Delegates can request meetings with the BFI Certification team who can provide advice on tax relief and certification, and experts on the impact of Brexit and Covid will be able to answer queries.

Further insight from We Are UK Film organisations permeates throughout the packed content sessions under the theme “Future-Proofing the Screen Industries”. Several of the FREE to attend content programme feature involvement from UK Film umbrella organisations and can be seen below.

Register now for your free delegate pass to access meetings and sessions.

Brexit – What happens next? 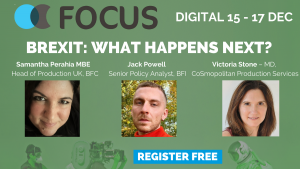 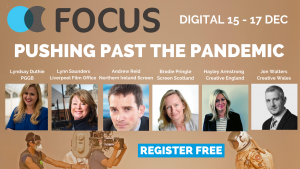 Pushing past the pandemic 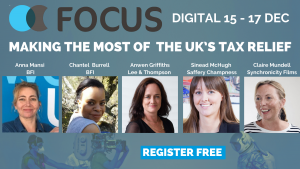 Making the most of the UK’s tax reliefs 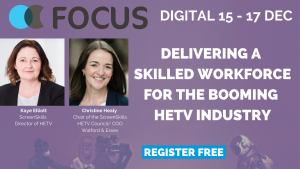 Delivering a skilled workforce for the booming HETV industry

Christine Healy – Chair of the High-end TV Council, ScreensSkills/COO, Watford & Essex and Kaye Elliott, Director of High-end Television, ScreenSkills discuss how the ScreenSkills HETV Skills Fund is addressing grade shortages and skills gaps to ensure the UK has the people it needs to meet ever-growing demand from HETV content-makers. 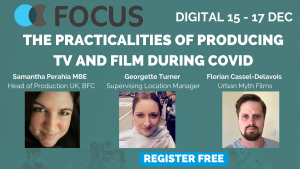 The practicalities of producing TV and film during Covid

A New Golden Age? The expansion of film and TV production in London and the UK post-COVID