Written by Shona Smith on Jan 27, 2021. Posted in Production News

Bridgerton has amassed nearly 82 million viewers in the first month alone. Over a hundred locations in the South and West of England feature in the first series. 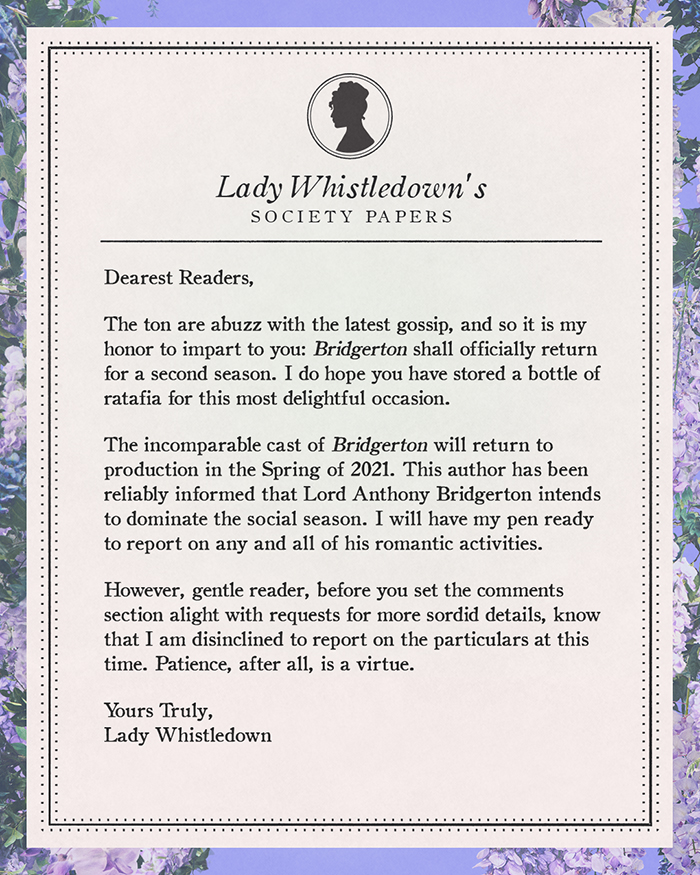 A month after Netflix released the regency era costume drama, the streamer confirmed that season two will begin filming in the Spring.

Set in 1800s London the series has been described as Regency-era England “pushed to the max” and been likened to a mash up of Gossip Girl and Jane Austen. The new spin on a period drama resonates with millennials and generation X with the help of colourful costume design, use of classic covers of modern songs from Ariana Grande and Billie Eilish and the rare representation of a racially integrated high-society.

The Bridgerton family are inhabitants of this bright and vibrant world, and the first series followed the fortune of Daphne Bridgerton as she was presented as a debutante in high society London. The second series will focus on Daphne's older brother Anthony Bridgerton and his pursuit of love. Quinn's original eight novels cover each of the Bridgerton siblings, providing vast potential for further adaptations series.

During an online discussion as part of the BFI & Radio Times TV Festival, Creator Chris Van Dusen commented "We know that are 8 Bridgerton siblings, they all have love stories, they all have amazing explorations of all those characters, and I would love to be able to do that on screen for each of them, absolutely”.  The online discussion about the ground-breaking approach to character and plot, diverse casting, use of contemporary music and adapting the series from Julia Quinn's hugely popular novels is broadcasting globally on 27 January, for free, on BFI YouTube. 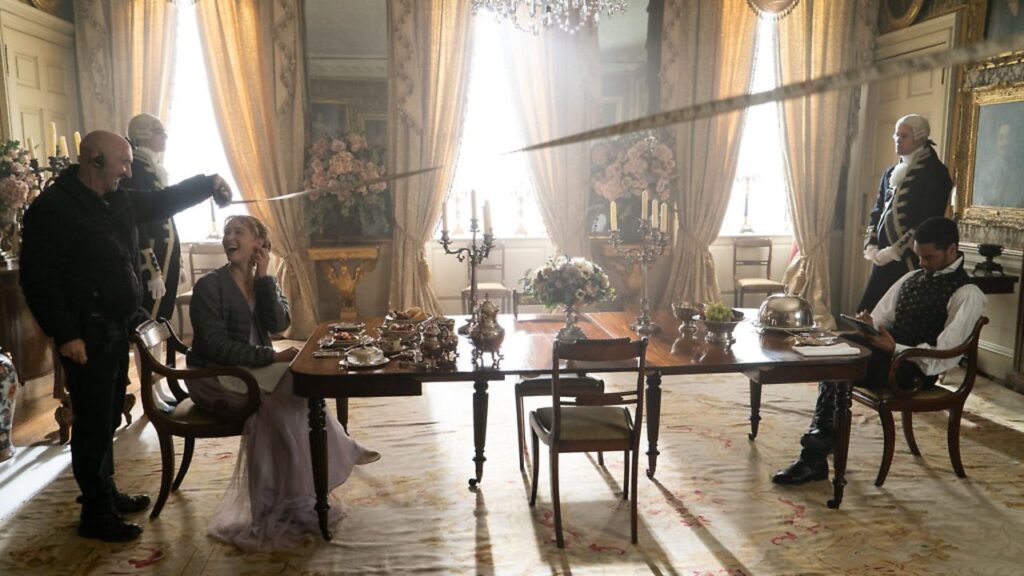 The first series shot over seven months in the south and west of England, using over a hundred locations in the region with many venues doubling up for multiple settings. The first series features eleven lavish ball scenes, as well as the homes the London aristocracy. Wiltshire’s Wilton House and its gardens feature extensively for the Queen’s world, as well as many of the characters homes. Leigh Court in Bristol hosted multiple different ball scenes. Some street scenes were shot in Greenwich, London as well as Bath, Somerset.

The south and west of the UK are popular base for high end period productions due to the high level of regency era locations. Outside of London the regional hub of Bristol allows for access to crews and infrastructure. 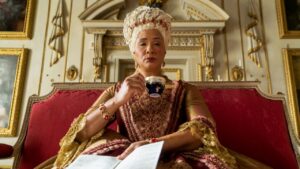 High end TV filming in the UK can access the 25% tax rebate. For scripted television projects, there mustbe a minimum core expenditure of GBP1 million per broadcast hour.

The global sensation is the first series to air under the USD150 million deal signed between Shondaland CEO Shanda Rhimes (Grey's Anatomy, Scandal) and Netflix in 2017, boding well for future projects. Shondaland revealed their first slate of projects for Netflix in 2018. Alongside Bridgerton these include Inventing Anna, based on the New York Magazine article How Anna Delvey Tricked New York’s Party People by Jessica Pressler, an adaptation of Isabel Wilkerson’s The Warmth of Other Sun which tracks the decades-long migration of African-Americans fleeing the Jim Crow South in search of a better life in the North and the West between 1916 and 1970, Pico & Sepulveda set in the 1840s against the surreal and sensual backdrop of the then-Mexican state of California, and Reset: My Fight for Inclusion and Lasting Change based on Ellen Pao’s groundbreaking memoir detailing her life, career and lawsuit she brought against her former employer that shook Silicon Valley and was a prediction of the coming Time’s Up movement.