Written by Shona Smith on Jan 5, 2021. Posted in Incentive News

The ASEAN Co-production Fund (ACOF) is a new selective fund open to fellow member states of the Association of Southeast Asian Nations (ASEAN) looking to film in The Philippines. The fund will support up to six co-productions each year and aims to expand local and international filmmakers by providing more production opportunities.

The new fund joins two existing selective production funds that launched in 2020 that have already provided PHP30 million of support to multiple productions. 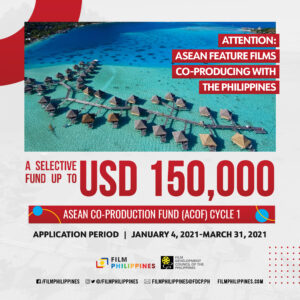 ACOF will support every selected project with up to USD 150,000 (approximately PHP7.2 million) and at least 50% of the ACOF funding must me spent in the on Qualifying Philippine Production expenditure.

Applicants must involve a Philippine company registered with the FDCP National Registry and at least one company from an ASEAN country that includes Indonesia, Malaysia, Singapore, Thailand, Brunai Darussalam, Vietnam, Lao PDR, Myanmar and Cambodia. 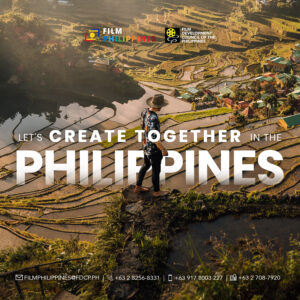 Two projects will be selected per cycle, the first of which is open and runs to March 31. Projects will be evaluated on multiple criteria including the degree to which work promotes ASEAN culture and territory, the contribution to the ASEAN film industry, the global quality of the project and international distribution potential.

The latest FilmPhilippines incentive program also aims to enhance the Filipino cast and crew, encourage the ASEAN film industry to thrive in global film markets and festivals, and promote the Philippines as a filming destination with a one-stop-shop services desk for film and television productions in the country. In the past, major shoots for The Bourne Legacy, 2016 Korean feature Master, and 2019 General Commander, starring Steven Seagal have chosen to shoot on location in the Philippines.