Written by Shona Smith on Jan 20, 2021. Posted in Production News

Peaky Blinders first came to our screens in 2013 and quickly became one of the BBC’s most successful dramas. It also reaches a global audience on Netflix. Shooting for the sixth and final series faced delays in March 2020 due to Covid-19 but cameras have started rolling just as the UK government tightens lockdown measures. 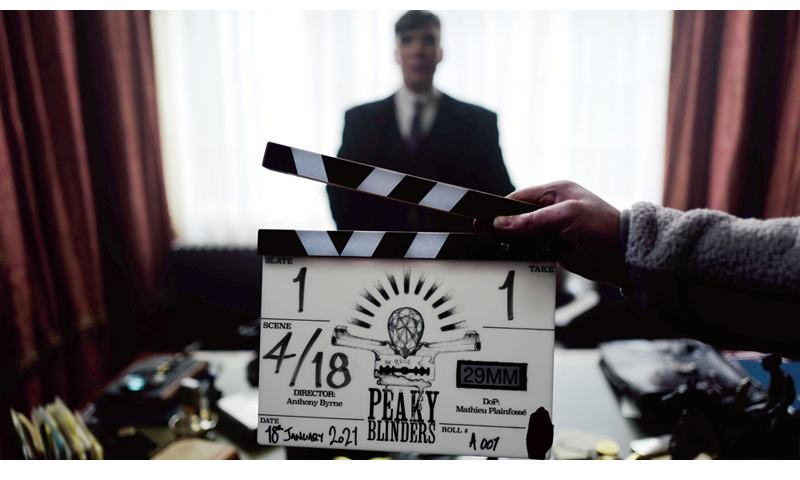 The drama tells the story of the notorious Peaky Blinders gang, headed up by the Tommy Shelby (Cillian Murphy, pictured right above and below) and his family. The first series was set in 1919 against the backdrop of working-class area of Small Health in post-First World War Birmingham. The criminal gang is headed up by Tommy Shelby and his family. Gradually the Shelby’s power extends outside the streets of Birmingham’s Small Heath. The fifth series became the most viewed to date and opened with the world thrown into turmoil by the financial crash of 1929, when opportunity and misfortune are everywhere and Tommy Shelby has become an MP.

The sixth series is now in production following delays due to Covid-19. According to creator and writer Steven Knight, “Peaky is back and with a bang. After the enforced production delay due to the Covid pandemic, we find the family in extreme jeopardy and the stakes have never been higher. We believe this will be the best series of all and are sure that our amazing fans will love it". 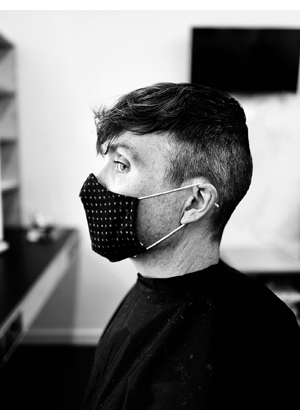 Birmingham is well set up for productions, having attracted a range of high-profile shoots in recent years ranging from Kingsman: The Golden Circle to Ready Player One and BBC drama Dark Mon£y.

This time the production has traversed the north of England in search of authentic period locations. Liverpool and Manchester, Leeds and other towns in Yorkshire have featured heavily due to their range of period architecture.

Working class streets in Liverpool were dressed for the series, explosive sequences have shot on location in Manchester’s Northern Quarter and the series has visited grand town halls and stately homes.

Soundstages in Manchester and Leeds both hosted the production and the first series was also the first production to benefit from Screen Yorkshire's Yorkshire Content Fund.

However, Birmingham has hosted supplementary key scenes and Dudley’s Black Country Living Museum has featured in every series to date. The museum is close to Birmingham and has reconstructed shops, houses and industrial areas that tell the industrial story of the Midlands.

The sixth series has begun filming on location in the North East, picking up from filming that was suspended in March 2020. The production team have developed comprehensive production protocols to ensure that the series will be produced in a safe and responsible manner, and in accordance with government guidelines during the pandemic. The BFI have updated the guidance for Working Safely During COVID-19 in Film and High-end TV Drama Production in response to a tightening of UK lockdown restrictions that has seen the Film and HETV and advertising Travel Self-isolation “Quarantine” Exemption suspended for at least one month.

Further production is in the pipeline for the region as Creator and writer Stephen Knight commented "While the TV series will be coming to an end, the story will continue in another form” and has revealed that a movie will follow the final series of the much loved show. Speaking to Deadline, Knight said "Covid changed our plans. But I can say that my plan from the beginning was to end Peaky with a movie. That is what is going to happen”.

High-End TV and film shot in the UK can benefit from the UK's 25% tax rebate. In addition, there are a number of regional investment funds that support productions shooting across the UK.