Written by Shona Smith on Feb 24, 2021. Posted in Interviews 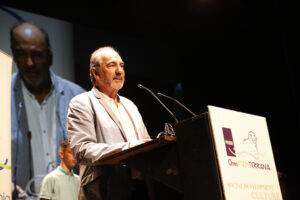 TLG talks to Daniel Garibotti, production professional and founder of Amazonas Film Camp, the first film camp in the central Amazon which provides film and TV productions access to the region.

Garibotti has worked on the logistics and production design of numerous documentary and fiction series for the BBC, Canal+, Icon Films, Survival Anglia, Discovery, Movistar+, Global Set, Prointel and TVE, among others and received several awards for his career, including the ONES Award of the Mediterranean Foundation. In 2018 he was nominated by the Television Academy for best production for the series "Conquerors" by Movistar +.

You have worked in the Amazon for twenty years. Can you tell us about your journey to set up the Amazonas Film Camp? 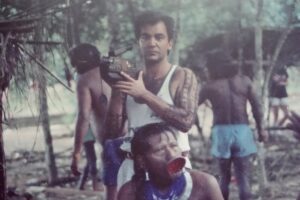 I was born in Argentina close to the border with Uruguay and Brazil, surrounded by incredible nature. I travelled to France at a very young age where I learnt about production by working on documentaries and TV series. At 26 I settled in the Brazilian Amazon, Manaus and its incredible surroundings.

I had the opportunity to work with excellent photographers, among them Martin Saunders (David Attenborough's cameraman, pictured below) and the late Nick Gordon (at the time assisted by Gordon Buchanan).

These experiences proved to me that a place of wild nature and great landscapes, intelligently arranged and with easy access would be the solution to attract audiovisual productions, without the risks and costs that are often associated. 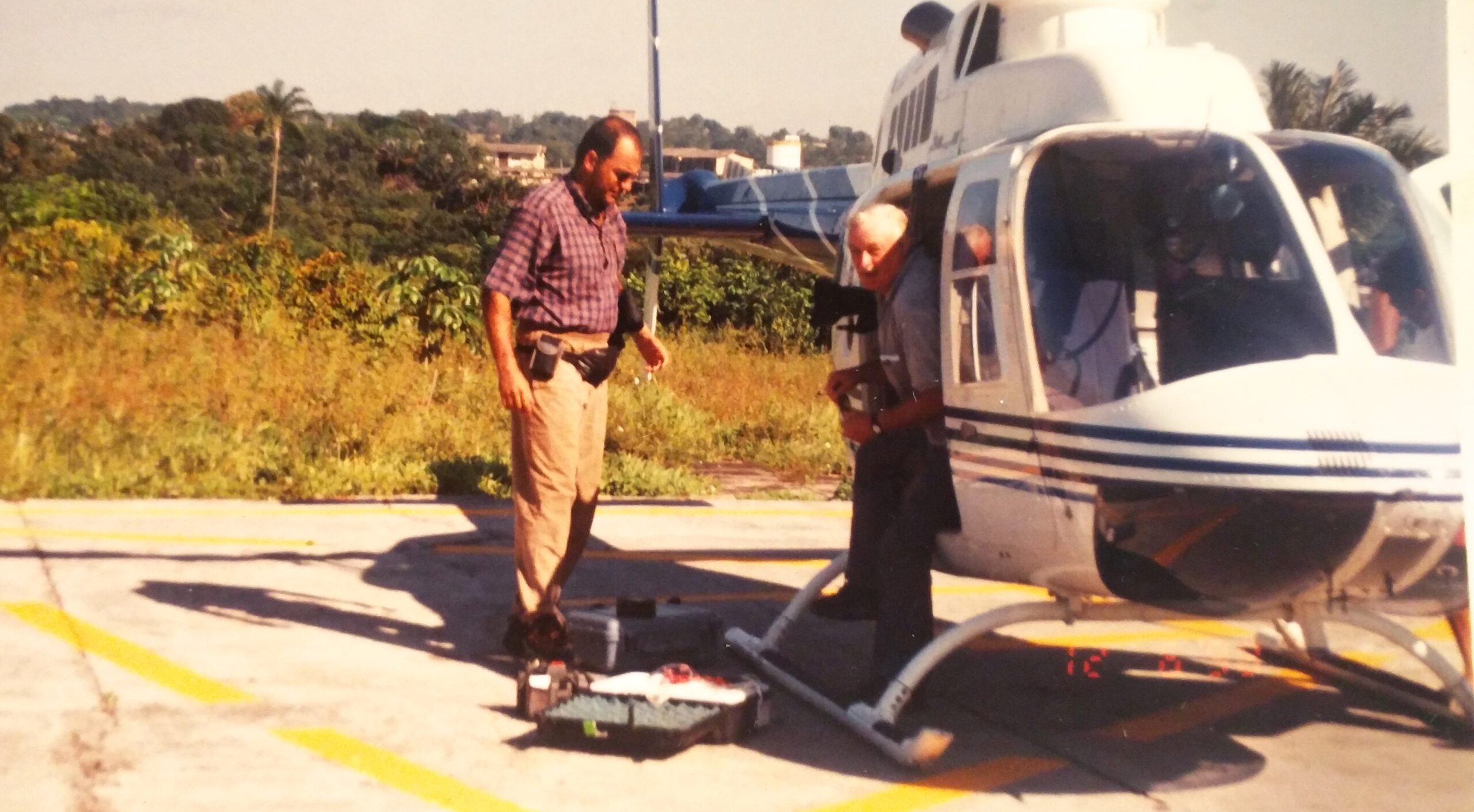 Why was this location chosen for the camp? 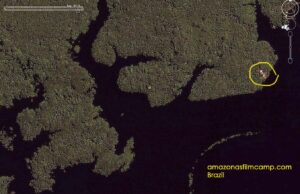 In an exhaustive search we travelled through brown, clear and black water rivers, each place with its pros and cons.

Going up the Manacapuru River, a tributary of the Amazon, but with dark waters, we reached the wide bay of Paroá and its numerous uninhabited islands.

Facing that immensity of powerful nature were low coasts and isolated havens that seemed tailor-made, but one bit of coast which was peninsular and higher than the others stood out.

Today, in this paradise surrounded by jungle and water, the Amazonas Film Camp rises, dominating a dreamlike landscape. 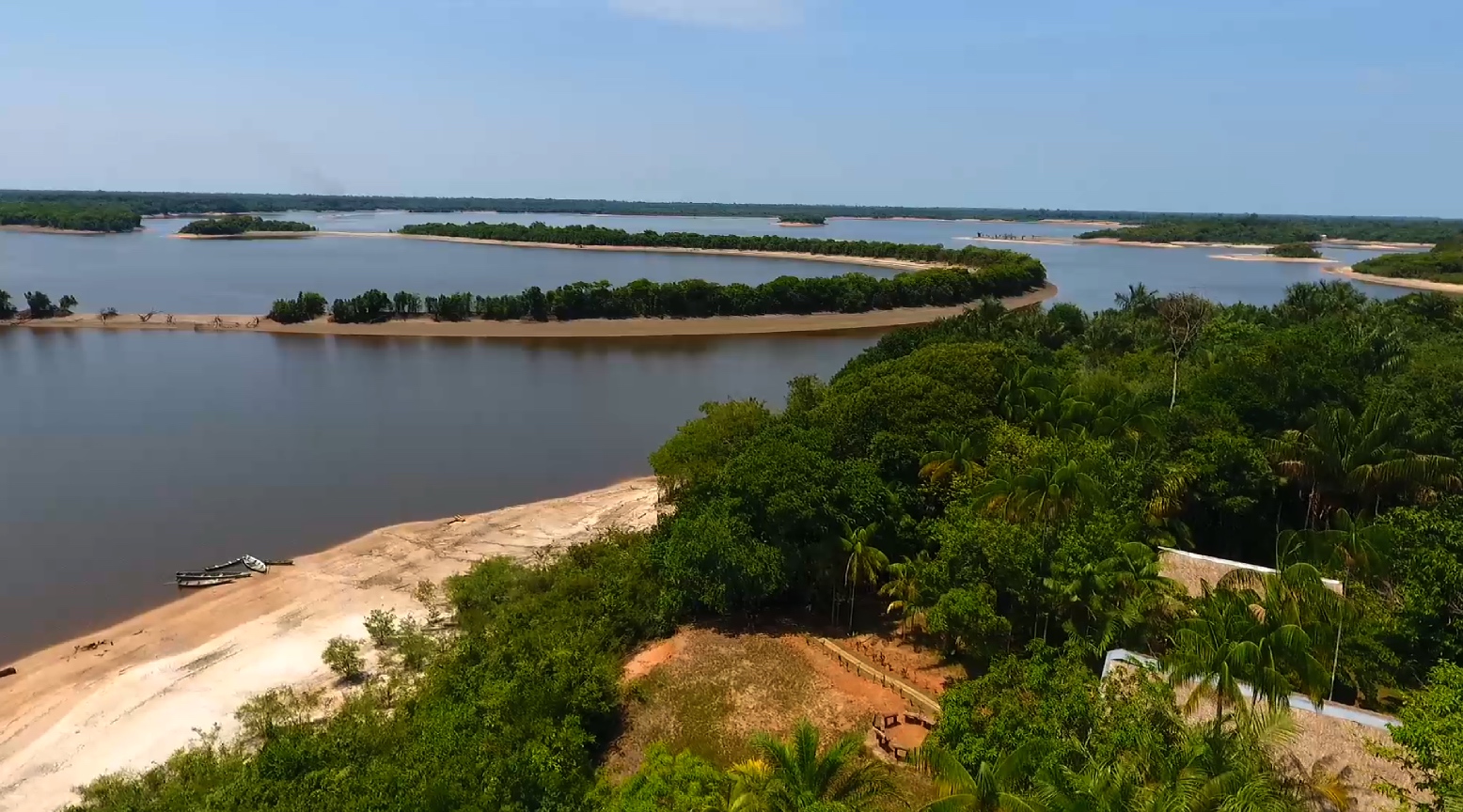 The two species of dolphins swim in the waters of the large garden that surrounds us. Alligators of various species, huge scale and smooth fish, birds of all plumage and habits, primates, tapirs, felines, insects that seem to be from another planet, anteaters, sloths, all this and much more, immersed in the largest tropical forest on the planet. 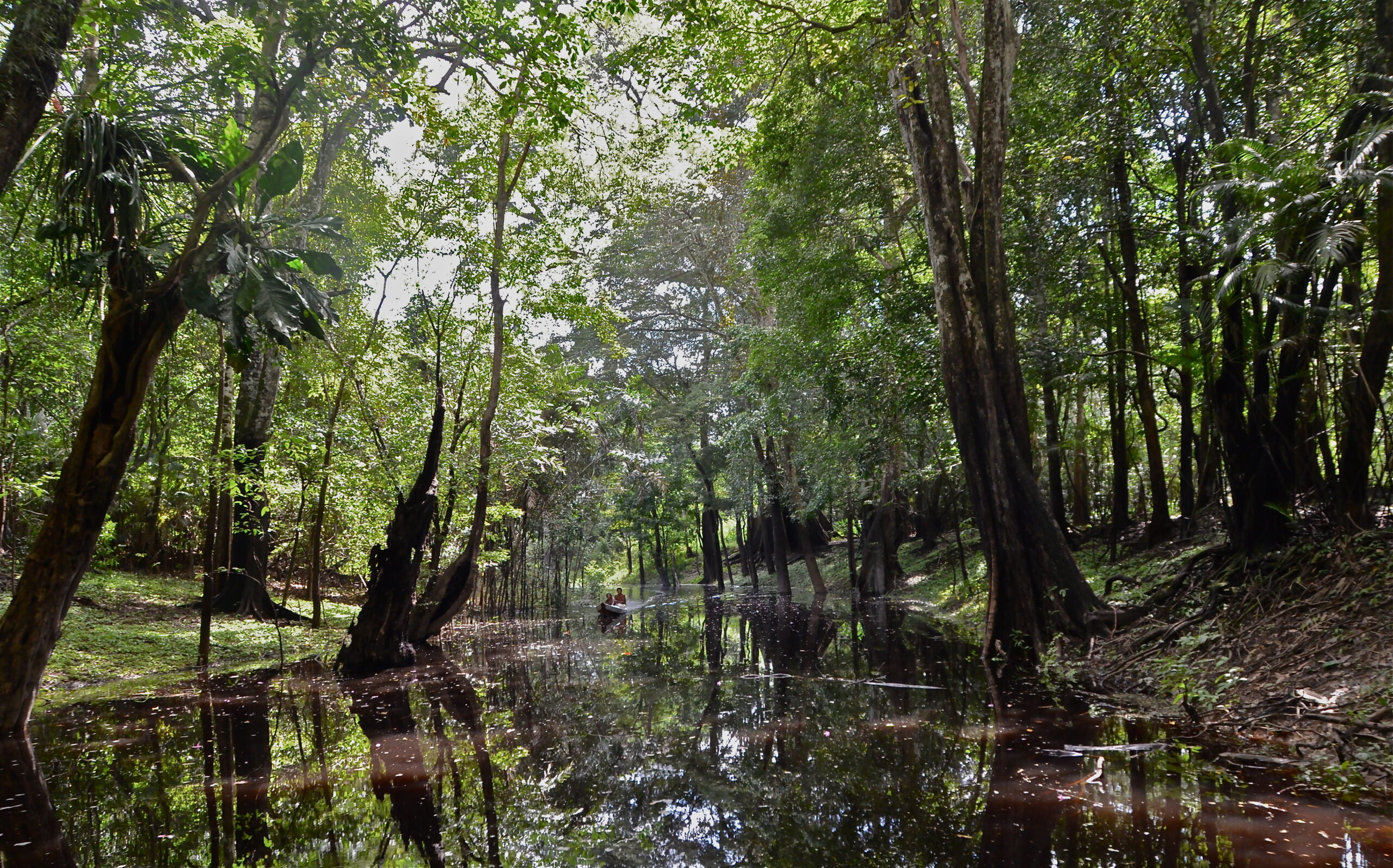 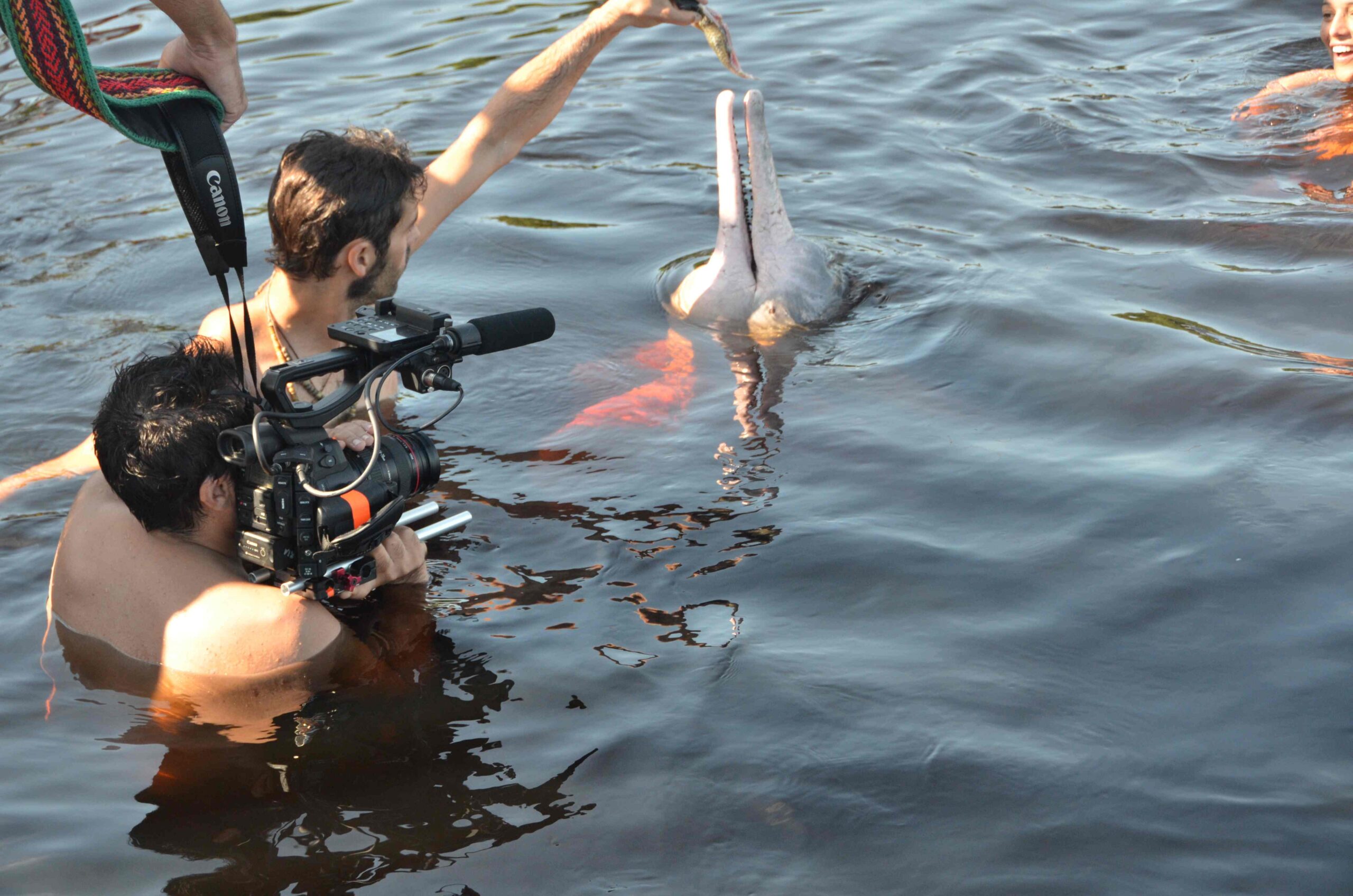 The neighbors of the "AFC", are natives that live in isolation with their families or in small communities on the banks of the river and its lakes. They are our driving forcé and join in the tasks of localization and field production. 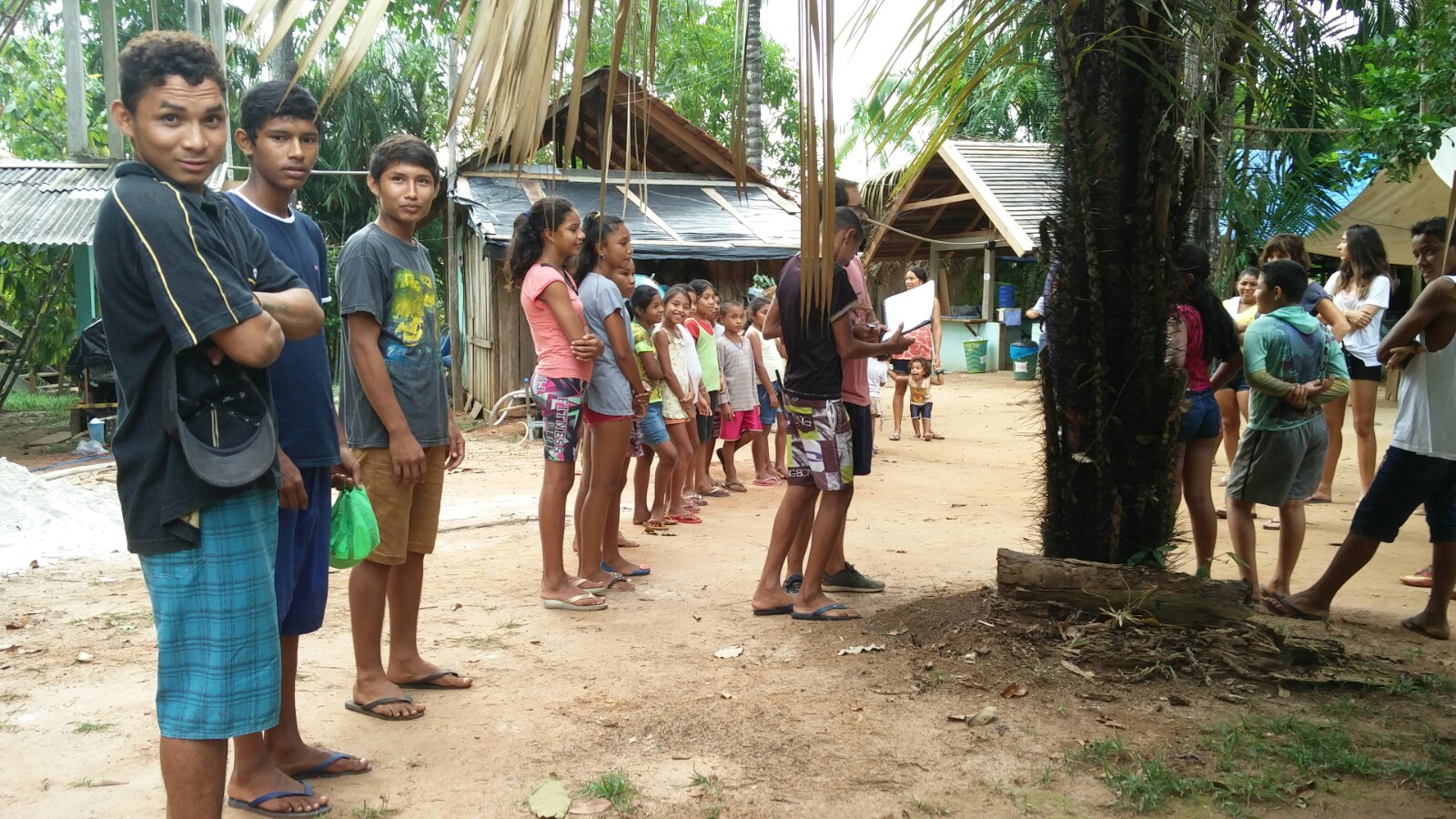 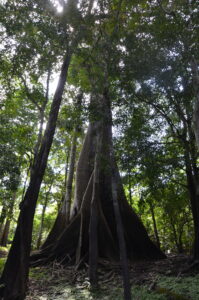 What range of locations are accessible from the Camp?

Around the AFC there are numerous locations of great beauty, which can be reached within a 10 minute walk, or a 10, 20 or 40 minute boat ride.

The small local population is always open to interactions, there are specific associations with which actions can be agreed upon without bureaucracy or risk. The camp is set up for documentary as well as high end productions, how does it make this possible?

The tasks for which we are particularly useful include locations, research, local casting, set construction, local collaborators, transportation, food, and safety, including the most up-to-date health recommendations. We are a permanent team of five:

The camp is energy self-sufficient- what amenities are available? The camp is an organic base, designed to grow as necessary according to the needs of each project. Fixed installations include public electric power and generators when necessary. We have internet and rural telephone lines, and the running water is excellent, extracted from a water table 55 meters deep.

The accommodation is simple and functional, the constructions are made with local materials and covered with vegetable fibers. Fresh, ventilated and totally integrated in the landscape. What are some of the productions you have successfully serviced at the camp? In what way do they benefit from the unique location?

We have worked for documentaries, films and TV series.

Among them the series Conquistadores, by Movistar+ and Global Set Spain. Set in the mid 15th Century, the production managed to film all of the American scenes for its eight episode series here. Over 70 people worked for 70 days, with tons of period clothing and weapons and lots of action, including horses and anacondas. Discovery Max produced the 4 Amazonian episodes of the series Wild Frank, an entertainment program for young people that has been successful for years.

We have serviced gastronomic TV programs with the most exquisite fish; horror movies with piranhas filled lakes and a city of liberated children in the middle of the jungle. What is the procedure for getting permits when filming here?

The proximity of the locations, the concentration of the team and the permanent company of a skilled local team is the magic formula.

In general, the authorizations for the use of these locations are procedures that are solved in the neighborhood and among people we know, which avoids loss of time and expensive surprises. How do you work with indigenous societies and make sure that filming is positive for the socio-environmental landscape of the region?

The presence of the Amazonas Film Camp is very useful for the inhabitants of the nearby jungles. In addition to the jobs offered by the productions, and the purchase of local products, each project contributes unique support to local community (e.g. health visits, school supplies, waste treatment, communication systems, etc.). The forest is the great forgotten public service. What are some production insight you can share about filming in this environment? E.g. When is the best time to film in the Amazon etc.

In relation to the best time to shoot in the central Amazon (the waters do not rise and fall at the same time all over), it depends largely on the scenery needed. The waters annually  rise and fall up to 20 meters, completely changing the landscape and the activities of its inhabitants.

The months of September, October and November are low waters, beaches, little rain and lots of sunshine. In December the rains increase and the rivers rise again, January, February and March are usually the rainiest months. In April the waters have covered the coasts and the low jungles, it rains less. The rivers will continue to rise until June.

Normally productions require the scenes to be ready when they are, in the case of the Amazon it is smarter to work to arrive at the right time.

The possibilities are unlimited, the costs are very reasonable and the freedom is complete. Ask us for a proposal, you will be surprised by the excellent ratio between costs and results. Contact Amazonas Film Camp or on mobile at (+34 616304606).