Written by Shona Smith on Feb 25, 2021. Posted in General Interest

UK Advertising Line Up for Collective Gear-Change for Climate Action

Ad Net Zero is encouraging the industry to make a substantial gear-change in a critical year for climate change in the run-up to the UN Climate Change Conference (COP26) in Glasgow this November. The UK advertising industry’s initiative to help UK advertising response to the climate crisis has announced its supporter base including APA, Dentsu, Publicis Group, and Wieden+Kennedy. 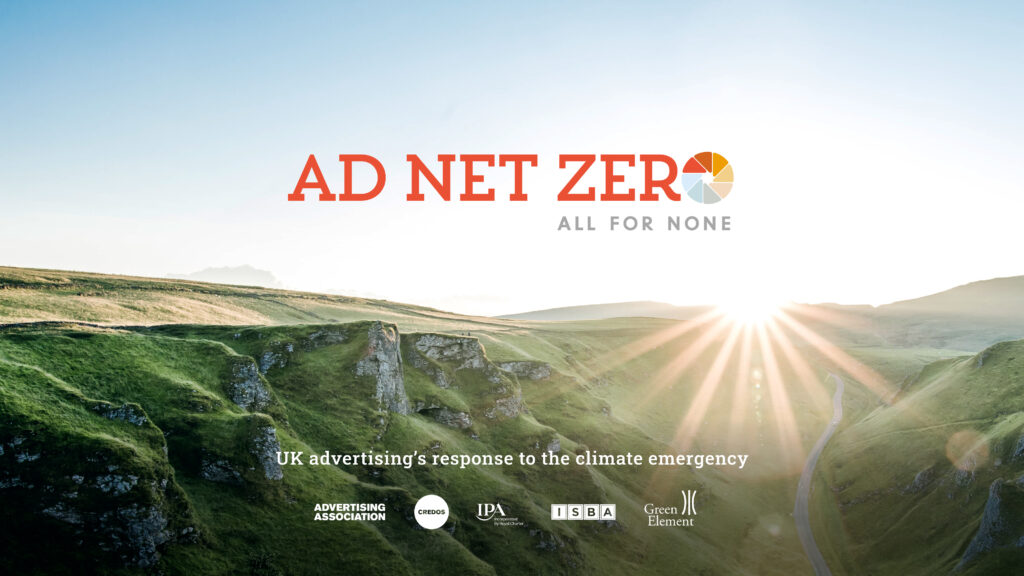 The list have all made a contribution to help the UK advertising industry achieve net zero by end 2030 through funding, specialist expertise and resourcing and met collectively for the first time this February.

Ad Net Zero is headed by the Advertising Association, ISBA and the IPA.  Stephen Woodford, Chief Executive, Advertising Association, said “As a collective, our ambition is to set our industry on a clear path to net zero with immediate actions to measure, track and reduce the carbon impact of the way our industry operates. We will also be focusing on how UK advertising’s creativity can support the rapid shifts in consumer behaviour needed to address the climate emergency that we all face.”

In addition, Google has joined the AdGreen consortium in support of the zero carbon / zero waste ad production standard. Ronan Harris, Managing Director, Google UK & Ireland, said “At Google, we always strive to do what’s best for the planet, as demonstrated by our recent pledge to operate all our data centres on carbon-free energy by 2030. Equally, we are committed to helping the UK advertising industry wherever we can achieve its aim to be net-zero. As part of that, we look forward to contributing to Ad Net Zero and AdGreen through our expertise, insight, and resources.”

Ad Net Zero was established to provide space for necessary collaboration as an industry collective. Across the advertising sector, 71% of people are worried about the negative impacts of the industry on the environment and more want their agencies to take climate action. 91% agree that knowing their organisation is taking climate action would improve their job satisfaction.

In November 2020 The Advertising Association’s Climate Action Group produced a report and recommendations for cross-industry action to be taken forward under the umbrella of the Ad Net Zero initiative. The supporters met as a collective for the first time this month, in a meeting chaired by Sebastian Munden, EVP & General Manager, Unilever UK & Ireland, to drive the activation of the Ad Net Zero Action Plan that was unveiled in late 2020.

Working groups have been formed in five key areas to make rapid progress across the action plan: