Written by Shona Smith on Mar 1, 2021. Posted in Incentive News 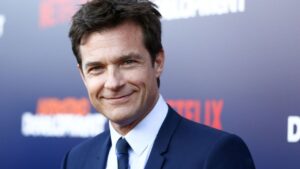 The golden state will double for Afghanistan, Mexico, China and other locales across the twenty-two selected projects and more than forty percent of the filming days are planned outside of the L.A. 30-Mile Zone. Jason Bateman produced and directed Netflix feature Here Comes the Flood has the highest tax credit allocation at USD13,777,000.

Joel and Ethan Coen scribed Scarface reimagining, Eva Longoria directed biopic Flamin Hot, about the inventor of Flamin’ Hot Cheetos, and Ashely’s War, based on Gayle Lemmon’s book A Team of Women Soldiers on the Special Ops Battlefield and produced by Reese Witherspoon and Steven Soderburgh’s Kimi about an “agoraphobic tech worker” played by Zoe Kravitz all made the list. There are an even split of independent and non-independent productions on the list.

Consistent with one of the tax credit program’s core objectives nearly half of projects plan significant out-of-zone production, bringing production jobs and spending to regions across California. Over 718 filming days, the supported projects will employ an estimated 2,546 crew members, 695 cast members and 2,613 background actors as well as post-production work.

“We’re excited to welcome so many projects -- from big-budget studio films to low-budget indies, and everything in between,” said California Film Commission Executive Director Colleen Bell. “The tax credit projects announced today are on track to generate thousands of high-wage jobs and an estimated USD642 million in overall in-state spending, with more than USD430 million going to below-the-line workers and in-state vendors.

Nine of the 11 independent projects were accepted into the tax credit program’s recently added $10 million-and-under qualified spending category, which reserves credits specifically for lower-budget independent films. The largest among these is the Sammy Davis Jr. romance drama Scandalous! with $9.95 million in qualified spending.

Productions filming in the state are encouraged to apply for California's TV and Film Tax Credit which sees up to 25% of production spend and has multiple streams, financial caps and benefit % dependent on the type of production. The next application period for featuref ilms will be held in July, and the next application period for recurring and relocation TV series will be held from 8-15 March.