Written by Shona Smith on Mar 3, 2021. Posted in Awards and Festivals 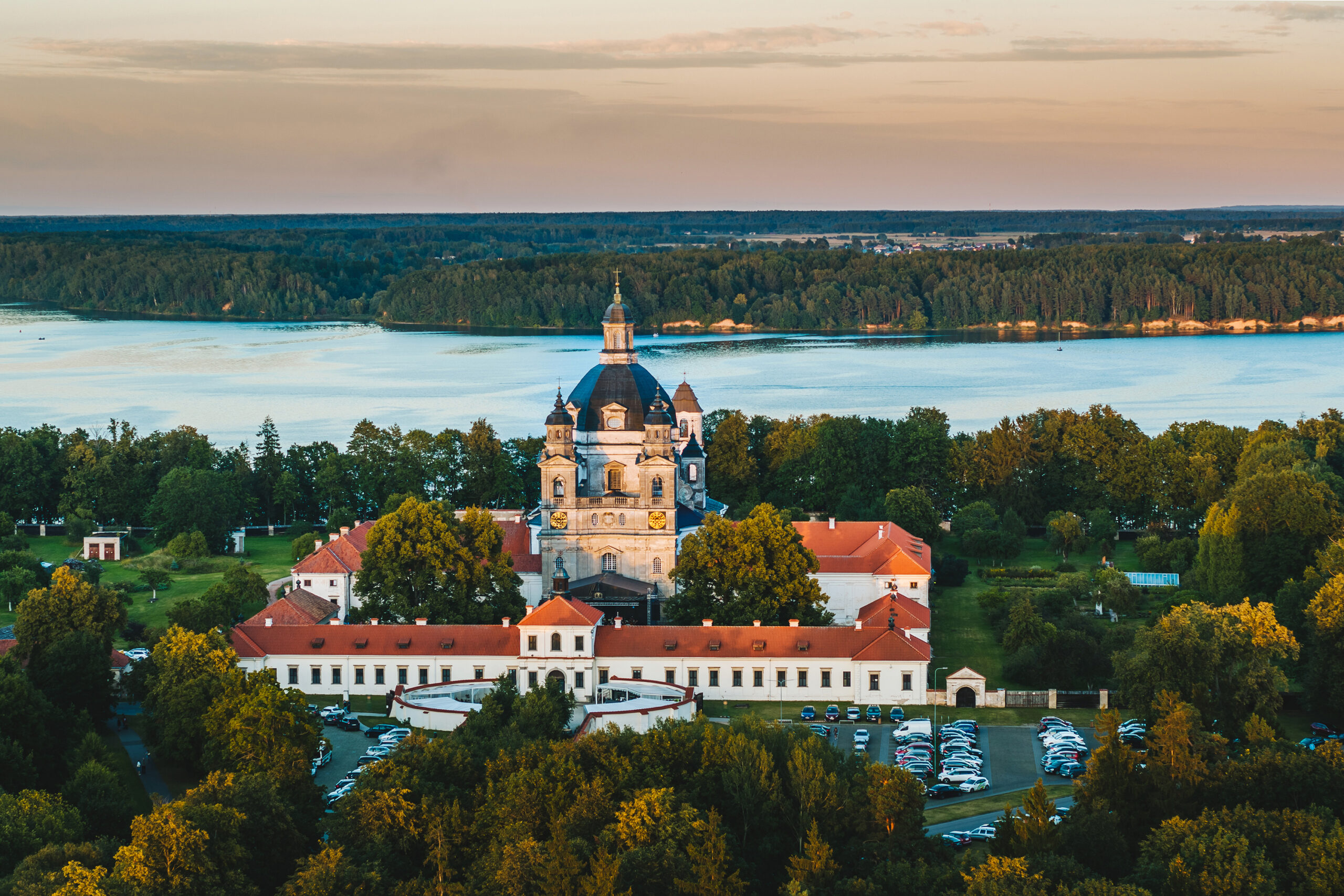 The Pažaislis Church and Monastery Complex in Kaunas, Lithuania wins the fourth edition of the EUFCN Location Award, the award for best European film and TV location organised by the European Film Commisisons Network (EUFCN), in collaboration with Cineuropa.

Found on Kaunas Lagoon Peninsula, the monastery is one of the most impressive examples of Baroque architecture in North-Eastern Europe. The complex had never previously hosted filming of this scale before the HBO and Sky Atlantic miniseries Catherine the Great.

Lithuania has seen a surge in popularity amongst film and TV productions, with Netflix Stranger Things and Young Wallander, and HBO miniseries Chernobyl all choosing to film in the country that has a 30% tax incentive for productions. 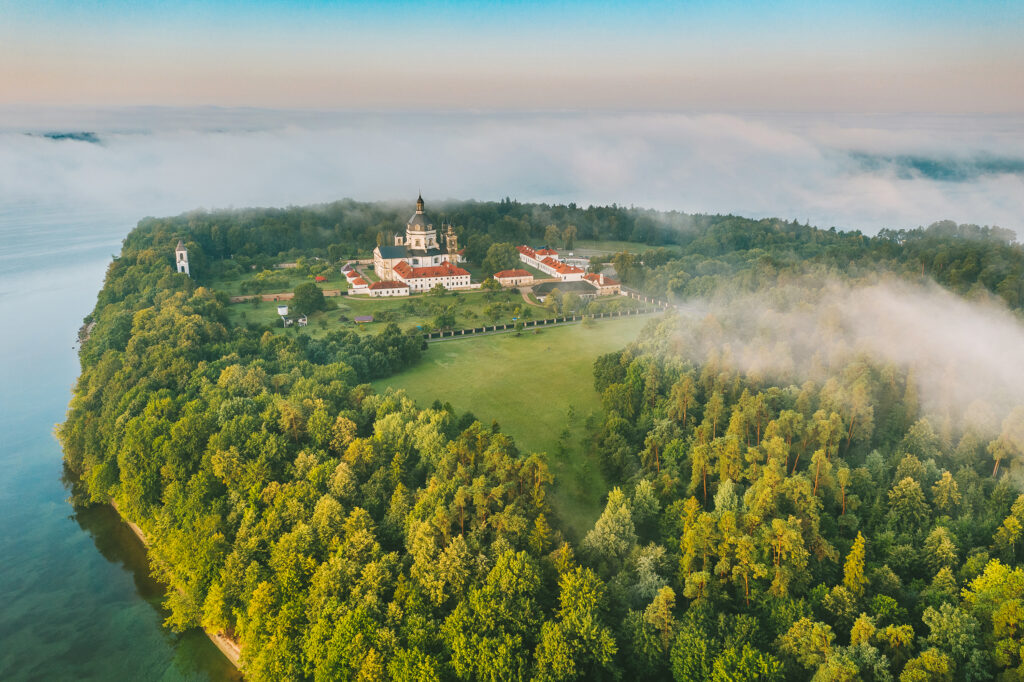 Kaunas Film Office representatives Aurelijus Silkinis and Goda Gajauskaite received the award during the EUFCN Location Award Ceremony at the European Film Market 2021. “We are really glad to receive this award. There is no doubt that the EUFCN Location Award will contribute to revealing the uniqueness of Kaunas region even more and will increase the international visibility not only in the field of film production, but also in film tourism. We would like to thank HBO, SKY Atlantic, director Philip Martin, film producers and the entire crew.” 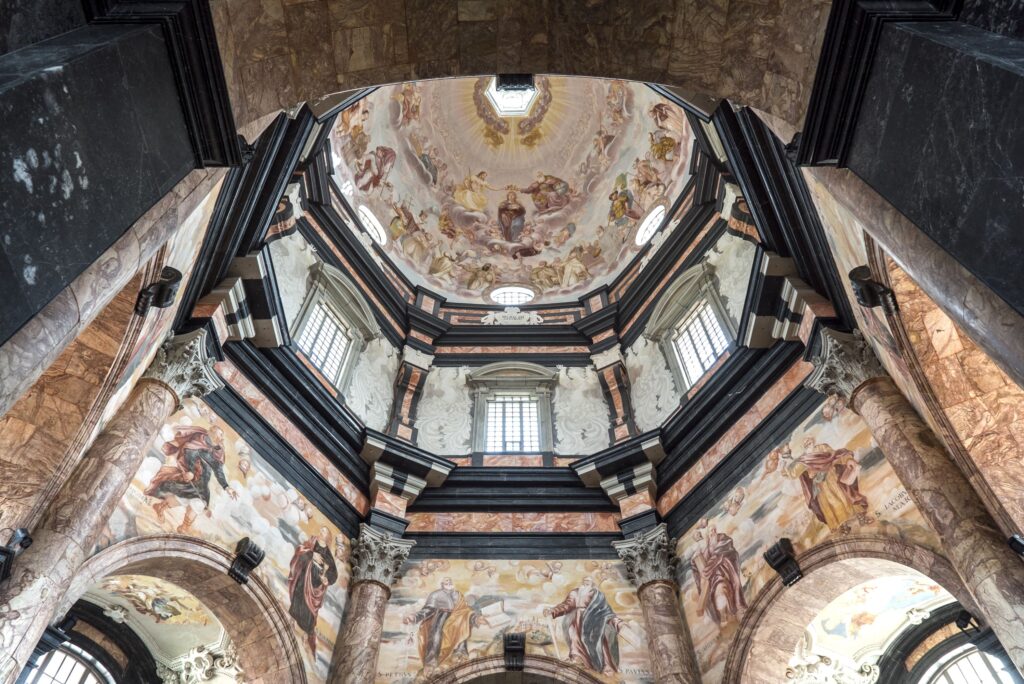 The HBO miniseries stars Helen Mirren as Catherine II of Russia, the country's longest ruling female leader. The Monastery was used to help recreate the empress' splendid and tumultuous reign from 1762 until 1796. Pažaislis was transformed from a Catholic church into an Orthodox Church by the art department with the utmost care and delicacy.

“EUFCN represents a window into filming Europe for foreign producers, and as such, the Location Award is a powerful way how to focus on stunning and remarkable filming friendly locations,” says Pavlina Zipkova, co-president of the EUFCN. “It also helps us to spread the word about the work of film commissioners, who really are mediators and negotiators between governmental institutions and filmmakers. If all that work results in such beautiful locations put on the screen, it is a great feeling,” adds Zipkova. 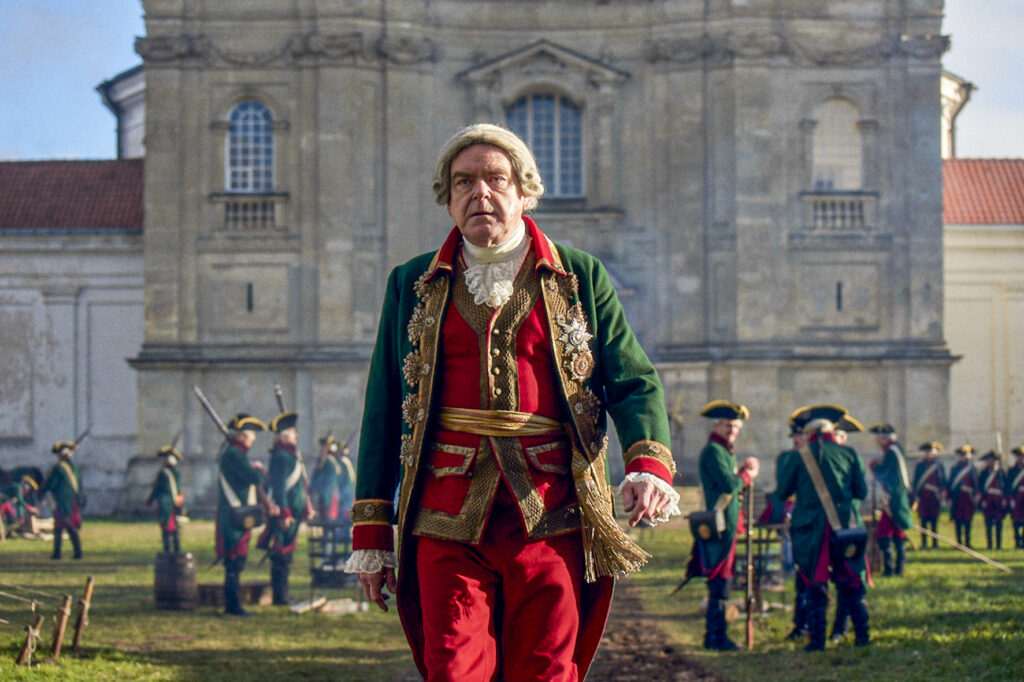 During the first phase of the competition, EUFCN film commission members had the opportunity to submit one location from a film, a TV series or a documentary shot in their country and released between July 2nd 2019 and September 20th 2020. A five-member jury of distinguished professionals composed by Lori Balton (International Location Scout, Co-Founder and former President of the LMGI), Valerio Caruso (Director of Cineuropa), Matthijs Wouter Knol (Director of the European Film Academy, former Director of the European Film Market), Julian Newby (Founder and Editorial Director of Boutique Editions Ltd.), and Julie-Jeanne Régnault (Secretary General at EFAD – European Film Agencies), selected the 5 locations in the shortlist.

The general public had then the chance to vote for their favourite on the Cineuropa website. One lucky name picked from the voters will experience the location by spending two nights in Monte Pacis, the elegant hospitality complex in the Pažaislis Monastery.

The full shortlist of the 2020 EUFCN Location Awards includes castles, monasteries and lakes across European filming destinations such as Italy, Macedonia to Slovakia that were featured in productions including Dracula, Charlie's Angels and Curon. The shortlist can be viewed here.

Past winners include the Island of Corfu, Greece for its role the TV series The Durrells, El Hierro in the Canary Islands, Spain that features in the thriller series of the same name and the east German city of Gorlitz, which was voted the Location of the Decade after its use in Wes Anderson's The Grand Budapest Hotel.