Written by Shona Smith on Apr 29, 2021. Posted in Production News

The Gray Man, All Quiet on the Western Front and Extinction among projects boosting Czech Republic to 2019 Filming levels 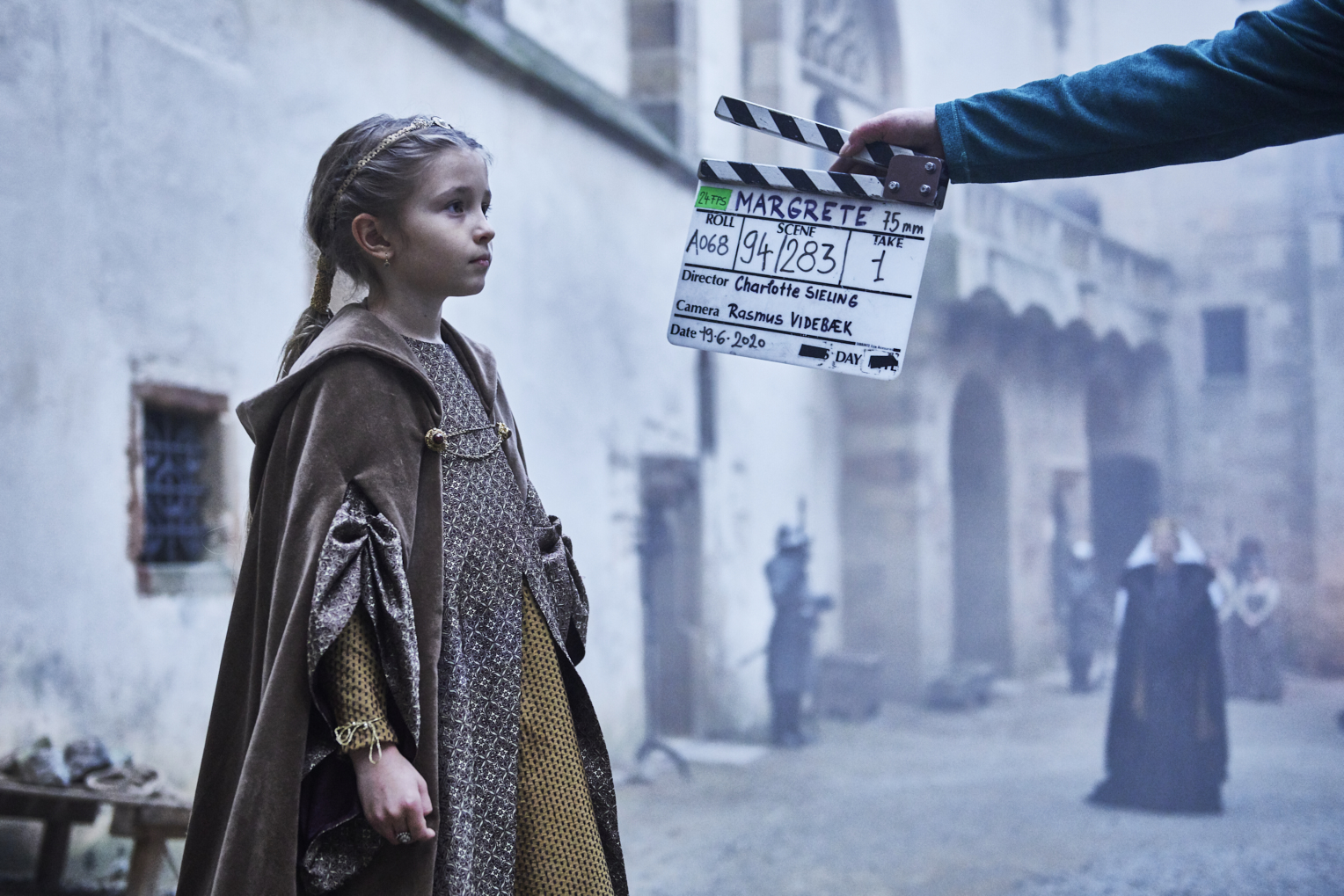 Margrete – Queen of the North, one of the first 2020 pandemic shoots

In 2021 film projects in the Czech Republic will reach a level not seen since 2019, a record breaking year for the Czech audiovisual industry. Many that make up the total are foreign audiovisual projects including large projects for Amazon, Lionsgate, NBCUniversal, Netflix, ZDF and Sky.

2019 saw CZK9 billion in foreign investment to the Czech Republic. Carnival Row starring Orlando Bloom and The Wheel of Time with Rosamund Pike (Radioactive, A Private War) were two of the largest titles to film prior to the pandemic. Both have returned to filming in 2021, with The Wheel of Time finishing the first series and immediately shooting the second.

Audiovisual production restarted at the beginning of May - the Czech Republic was the first country in continental Europe to reopen to foreign filmmakers and the country . The growing demand by foreign studios to film in the Czech Republic could fully make up for the stagnation experienced in 2020.

Czech Film Commissioner Pavlina Zipkova says, “more and more multi-year projects are being shot, whose extensive preparations involve costly months of building sets and making special props, costumes and masks. Such projects are also filmed in the Czech regions, where the crews expend funds on location rental, accommodation meals, and other services, as well as the use of locals as extras and location security. It is a welcome decentralization of Prague, facilitated by a strong network of regional film offices aimed at assisting filmmakers.”

Currently shooting or in prep in the Czech Republic are the serial adaptation of the famous E. M. Remarque’s novel All Quiet on the Western Front starring Daniel Brühl and directed by Edward Berger for Netflix; Operation Totems, a Cold War-era story of love between two spies that takes place in East Berlin, Moscow and Paris from Amazon and Gaumont; a new adaptation of the novel Dangerous Liaisons by Pierre Choderlos de Laclos by Lionsgate; Sky apocalyptic series Extinction; and Netflix feature films Spaceman of Bohemia, an adaptation of the novel by Czech writer Jaromir Kalfar starring Adam Sandler; and The Gray Man, a CIA thriller with Ryan Gosling and Chris Evans in the lead roles.

Completed projects include the ZDF fairytale The Dwarf’s Nose; director Marco Forster’s feature film The White Bird: A Wonder Story for Lionsgate with Gillian Anderson and Helen Mirren, the story of a Jewish girl hidden by a family in occupied France; and the third series of the successful American series Hanna by Amazon and NBCUniversal.