Disney to film Peter Pan & Wendy in Newfoundland and Labrador

The estimated eligible total spend in the province is expected to be approximately CAD9 million. Filming is set to begin in August. 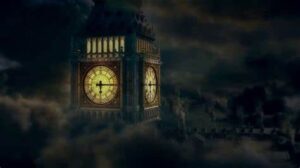 Peter Pan & Wendy is directed by David Lowery (A Ghost Story, The Old Man & The Gun) and produced by Jim Whitaker (A Wrinkle in Time, Labyrinth 2)who previously worked together on Pete’s Dragon, also for Disney. The film will premiere on Disney+ and stars Jude Law (The Rhythm Section, Sherlock Holmes) , Molly Parker (Deadwood, Lost in Space) and Yara Shahidi (Scandal, Grown-ish).

An agreement between the Provincial Government of Newfoundland and Labrador and Walt Disney will see a 30% rebate on eligible production spend up to CAD3 million to film a portion of a major motion picture in the province. It is estimated that the eligible total spend in the province will be approximately $9 million.

A cast and crew of approximately 150, including local technicians, artists, and film workers, will be working on the live-action adventure fantasy in Newfoundland and Labrador. Several locations on the island will feature in the filming, and COVID protocols will be implemented and followed at all locations. The film has also shot in the UK and British Colombia, Canada.

“NLFDC’s Board and Staff are very pleased that Walt Disney Pictures selected our location for this significant production. In our capacity as Film Commission, this is a big win and validation that Newfoundland and Labrador’s remarkable locations, highly skilled film industry workers, and a competitive rebate offered by government has put us on the map with Walt Disney Pictures,” says Mark Sexton, Chair of the Board, Newfoundland and Labrador Film Development Corporation. “This production will deliver much welcomed and substantial economic activity to the province and several rural areas over a relatively short period of time.  We look forward to welcoming the cast and crew to our beautiful province this summer.”

The province is the most easterly province in Canada, made up of Labrador – part of mainland Canada and Newfoundland, an island in the Atlantic. The film will be one of the most significant productions to shoot in the province in recent years. Other high end projects including Braven and Frontier, both starring Jason Momoa (Aquaman, See) have previously shot in the region.

Newfoundland and Labrador’s official filming tax credit offers up to 40% of eligible local labour costs which may not exceed 25% of production costs. Incoming productions can combine the regional incentive with Canadian federal funding through the Film or Video Production Services Tax Credit (PSTC) applies to national, foreign and co-production and amounts to 16%.