Written by Shona Smith on Jul 12, 2021. Posted in Interviews

The National Film Commission of Bhutan is tasked with building a strong and vibrant film sector capable of contributing to Bhutan's pursuit of gross national happiness. Please tell us how you aim to achieve this objective.

Gross National Happiness is a philosophy, a vision of development as well as an instrument of state policy that has served Bhutan well in the last three decades. While the concept has been fully fleshed out as an economic and social development paradigm and index by Bhutanese as well as international experts in recent decades, I believe it is still a work-in-progress and we have to continuously attempt to explore its many dimensions. 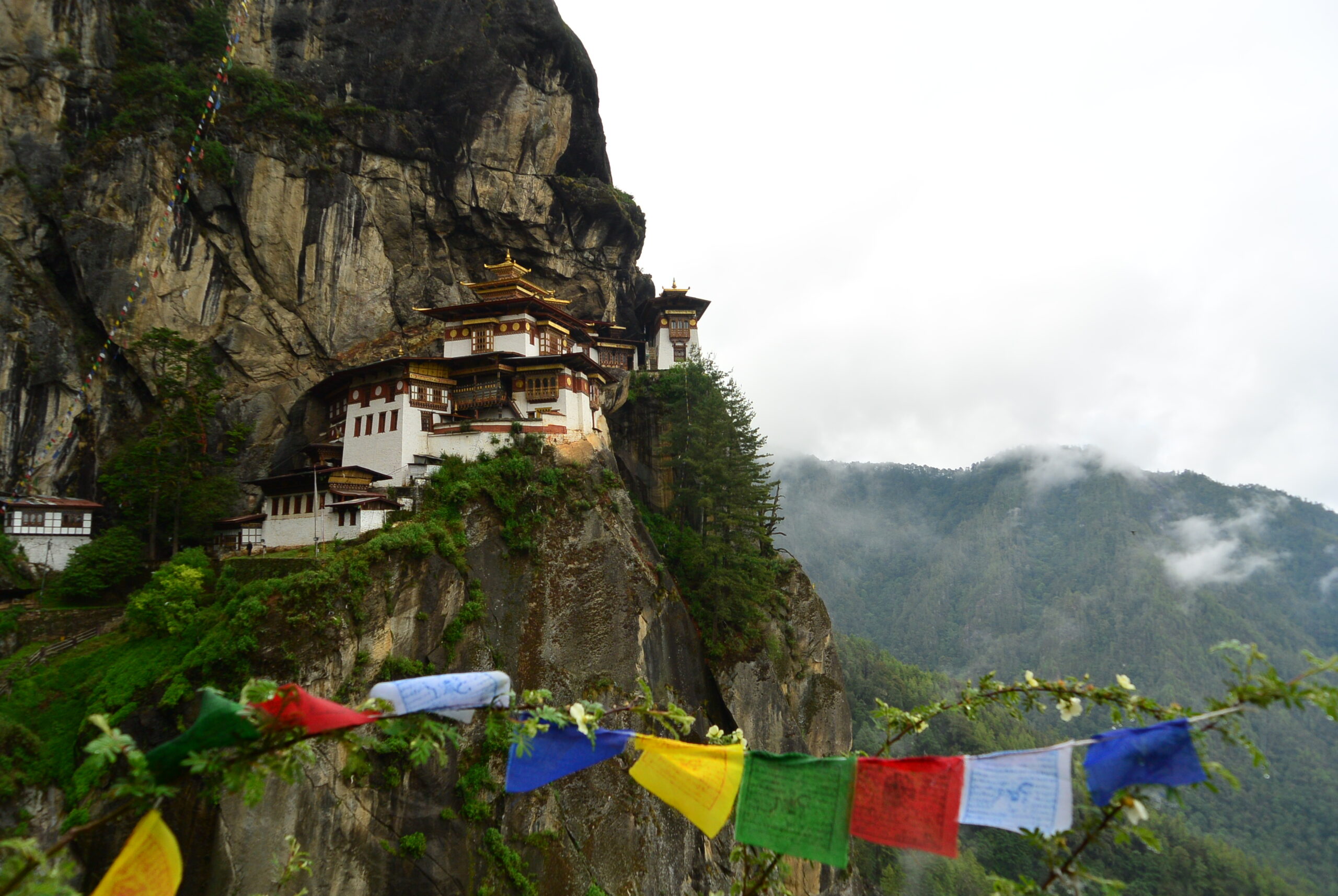 One of the four core pillars on which GNH rests is the preservation and promotion of culture. The other pillar that is of relevance to us is sustainable and equitable socio-economic development.

By interpreting films, which is as yet an informal sector with a haphazard growth trajectory of just about two decades in Bhutan, as both a cultural as well as an economic good and force for change in a new 21st century setting, we are trying to weave ourselves into the national narrative in a formalised and structured manner to be able to fulfil not just the happiness objective but also a lot of other national as well as sector goals and objectives too. The National Film Commission is currently embarking on a number of initiatives that we believe will begin yielding initial results in a few years’ time. 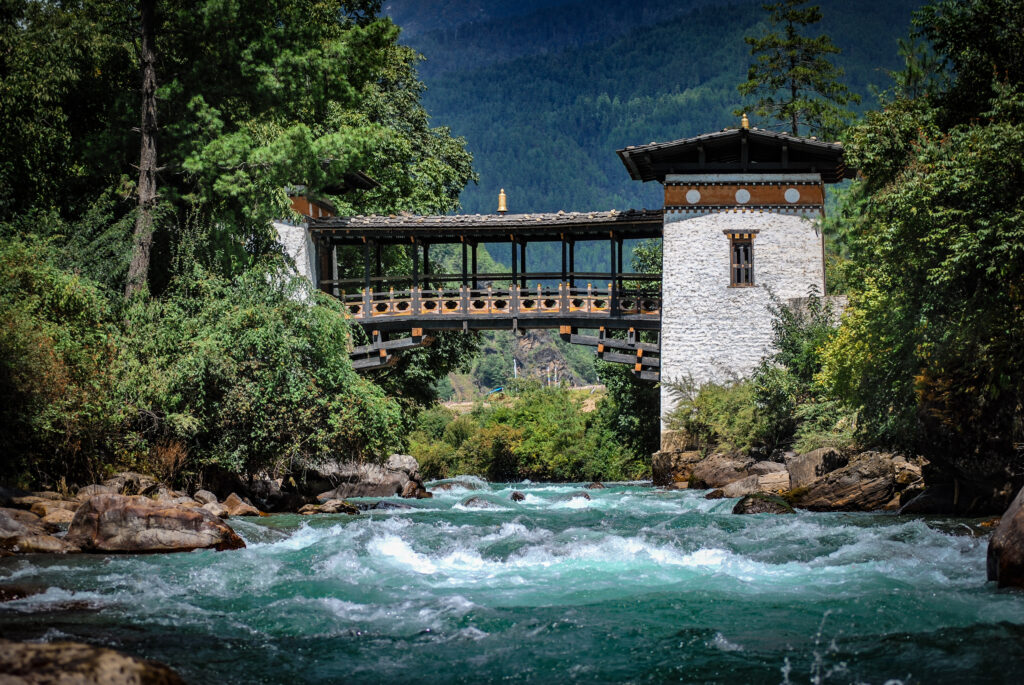 Please tell us about Bhutan as a film location.

Bhutan has amazing natural sceneries that are untarnished by modern development and many parts of the country are still in a pristine state which I believe is our biggest attraction as a filming location. Our constitution stipulates that at least 60 percent of the country’s total area will be preserved under forest/nature cover for all times to come. The country’s geography and topography vary from high Himalayan mountain ranges and valleys with colder conditions in the northern part to river valleys, hills and verdant meadows in the central region dotted with colourful Buddhist settlements characterised by temperate weather and distinct seasons. The southern part of the country, which connect to the Indian plains, has sub-tropical vegetation and climatic conditions and are hot, wet and humid in summer. 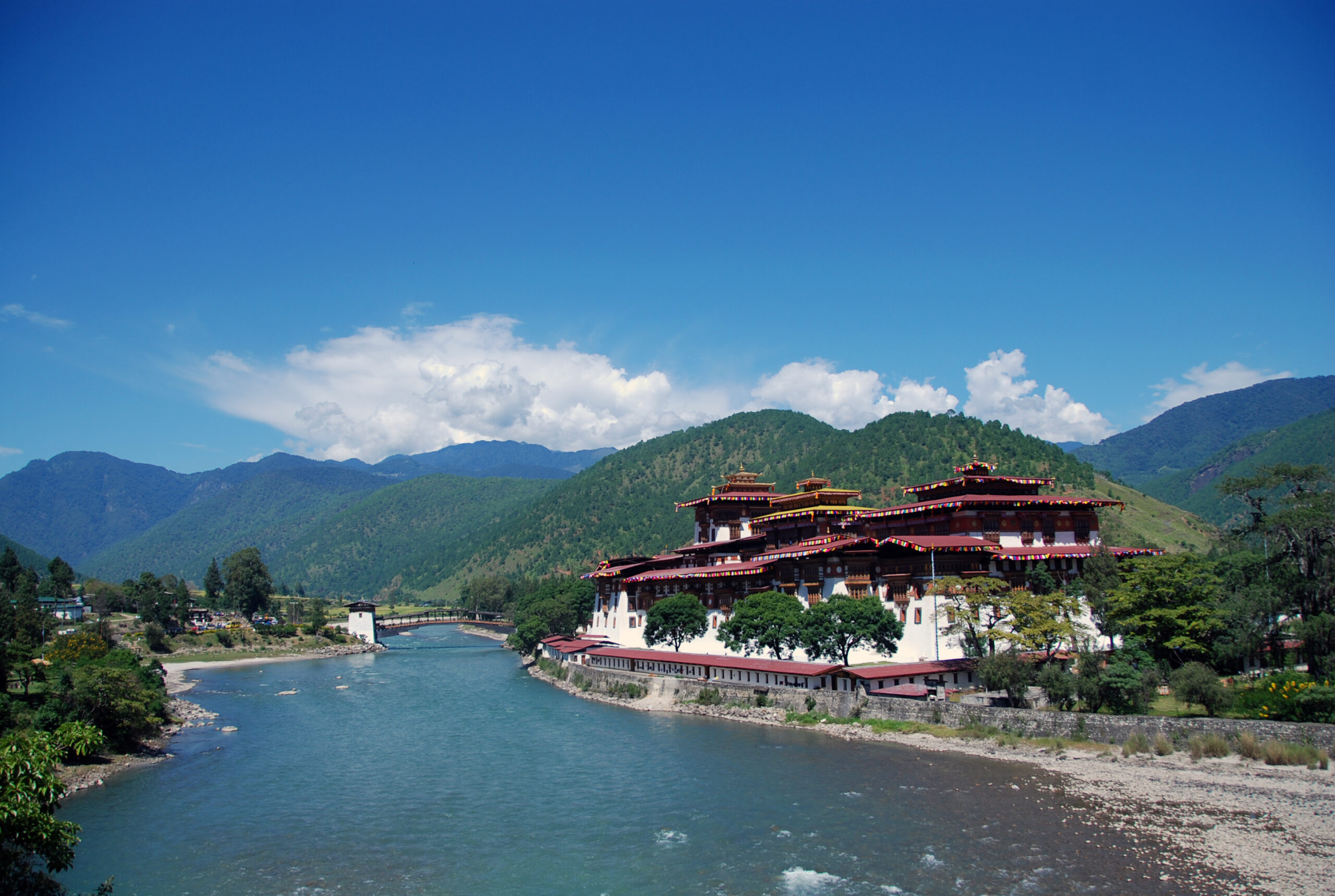 What specific kinds of film locations does Bhutan have to offer foreign filmmakers?

As outlined in the previous question, Bhutan primarily offers a distinctly mountainous physical setting and Himalayan Buddhist cultural setting in the northern and central regions with majestic mountains, idyllic villages and picture-perfect hills and valleys. Huge ancient fortresses and monasteries perched on ridges and hilltops and a vibrant ancient culture and tradition that still thrives in a modern contemporary setting have always defined the imagery and visuals of Bhutan. This is what Bhutan essentially offers, although I must qualify this with a caveat. Due to the sacredness associated with all of our ancient fortresses and monasteries shooting within their premises is not permitted but they nevertheless serve as impressive, jaw-dropping backdrops! 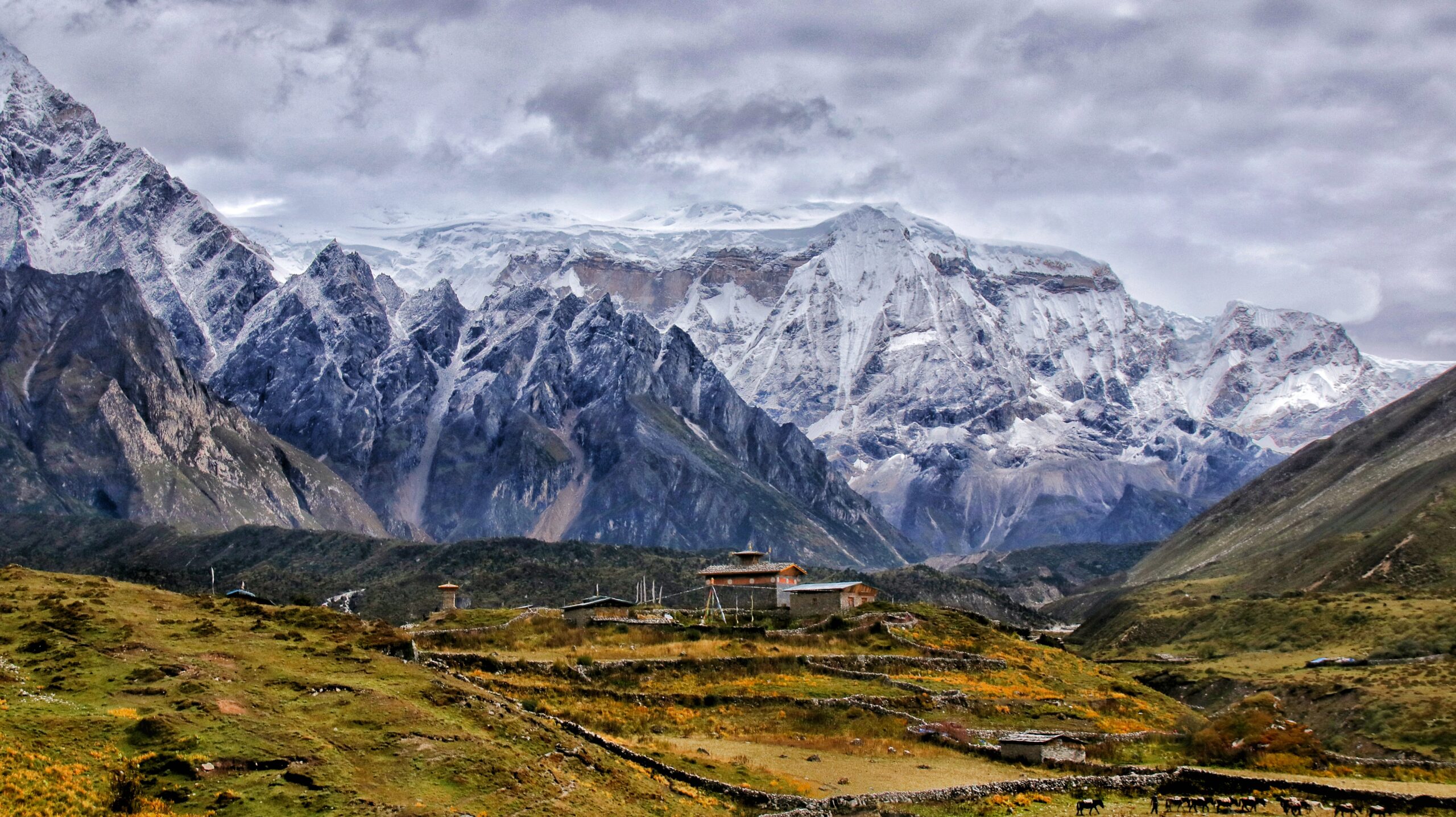 What can you tell me about Bhutan as a filming destination? 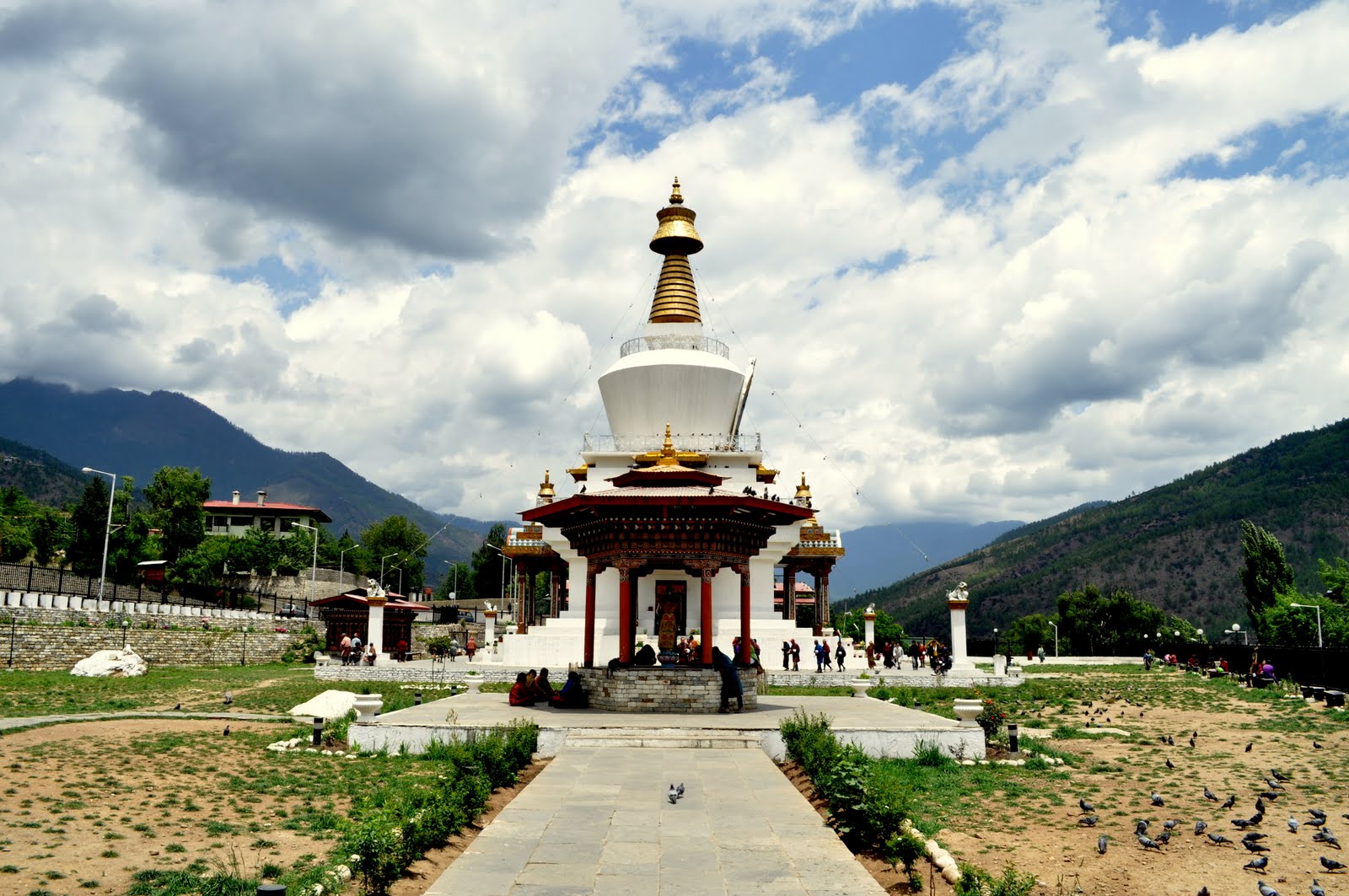 What film locations are most commonly used by film and TV crews when they come and film in Bhutan?

We have not had a lot of international production companies filming in Bhutan. The few that have come so far have mostly used Bhutan in the context and settings that I outlined above. We are working hard to put all the verticals and fundamentals in place to promote Bhutan as an exclusive filming location. As stated above, we want to initially start with smaller and more manageable projects. We hope to be able to complete all the groundwork and policy formulation within a year from now. In the meantime, we will be happy to look at any filming proposal on a case-by-case basis. 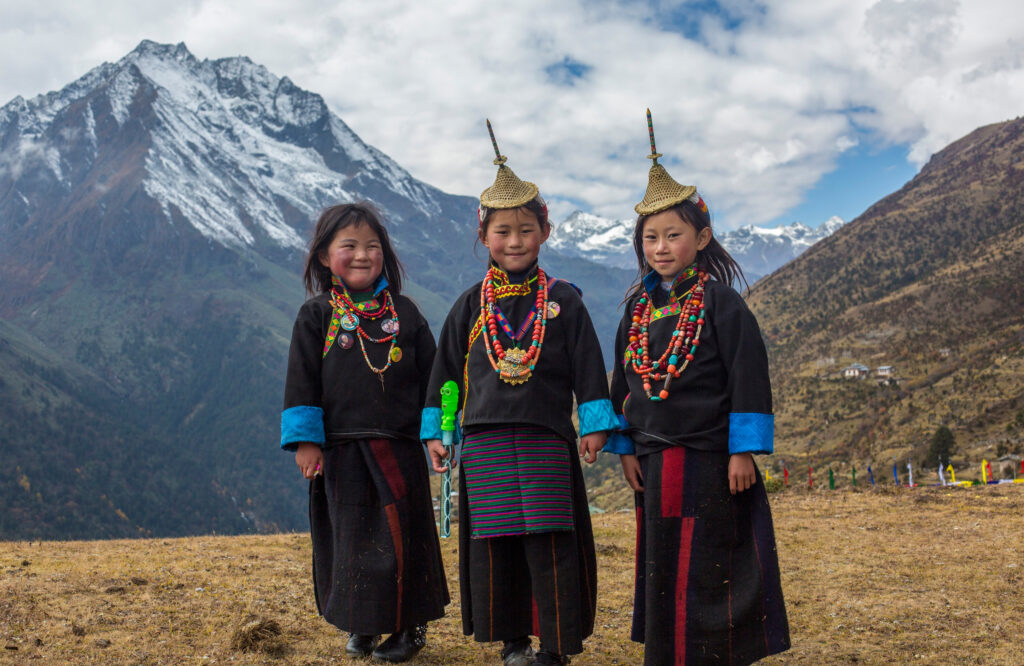 What are the more unusual locations that Bhutan has to offer that our readers would not necessarily associate with your country?

Well, up until now, Bhutan has been used as a predictable filming location fulfilling a definitive niche requirement that is not available in other parts of the world. Like if a filmmaker were to shoot a film with a Bhutanese setting, she or he has to come film in Bhutan to capture its authenticity which cannot be replicated anywhere else! But this will change in the future. We are envisioning a film city by 2030 that will offer possibilities generally not associated with Bhutan. We are also exploring the potential of developing areas in southern Bhutan as a location for sub-tropical filming. 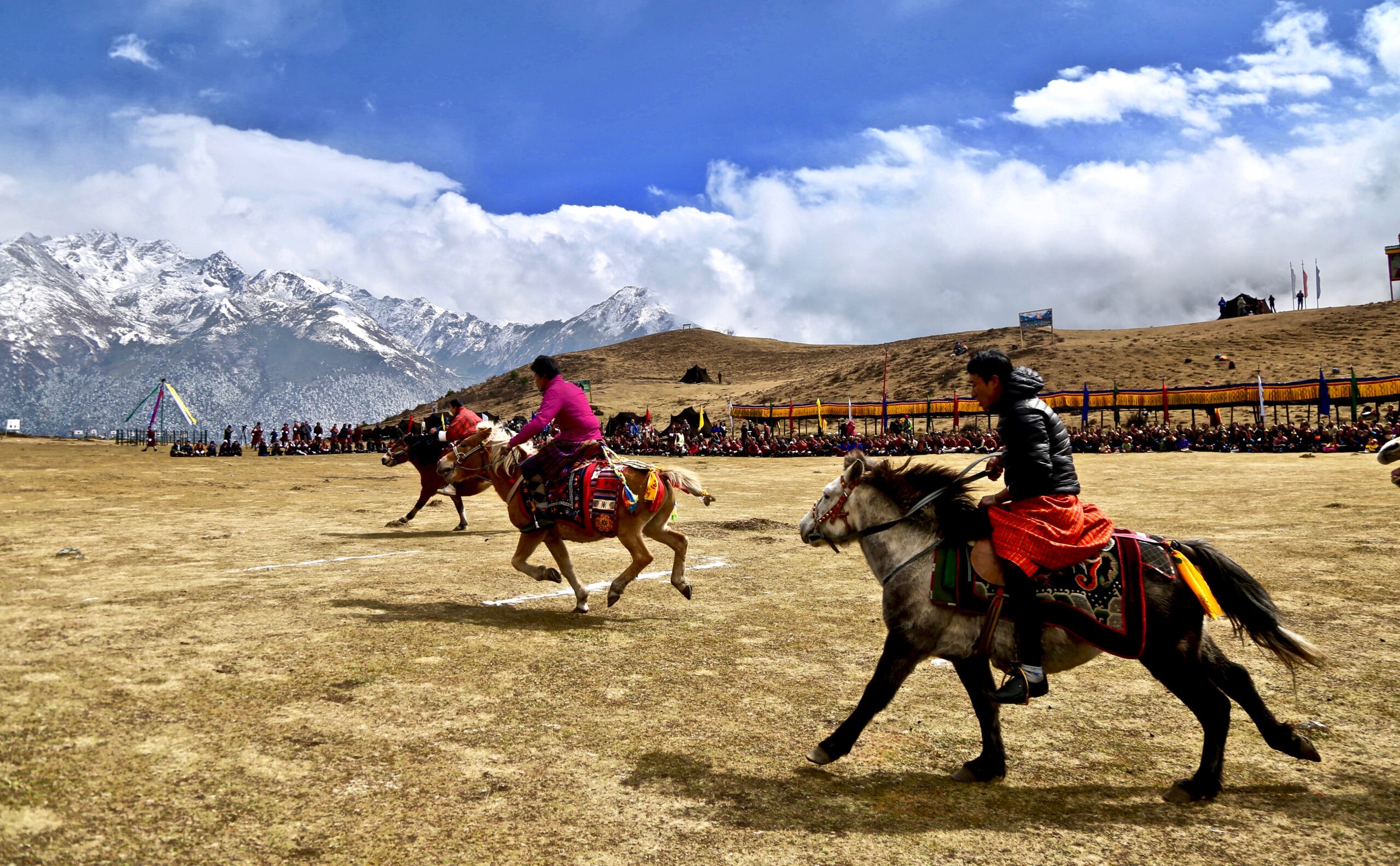 What locations worldwide can Bhutan easily double for?

Bhutan can double up for the entire Himalayan Buddhist belt region that includes Nepal, India and the Tibetan Autonomous Region of China. We can also double for any mountainous setting or, as cited in my preceding response, any sub-tropical setting. What is your favourite film location in Bhutan and why?

I do not come from a film background and since NFC has so far not had any experience of handling location shoots, it is difficult for me to point out any specific favourite location. But speaking from the point of view of an ardent lover of films, I would say Bhutan generally looks like a film set. A very special and authentic film set!

What are the advantages of filming in Bhutan?

To summarise, we have: pristine and beautiful locations; a colourful and vibrant living ancient culture; one of the friendliest peoples in the world; a local industry that is energetic and keen to learn and collaborate; a stable political system; and, most importantly, a film commission that is quite keen to help bring in the right projects! 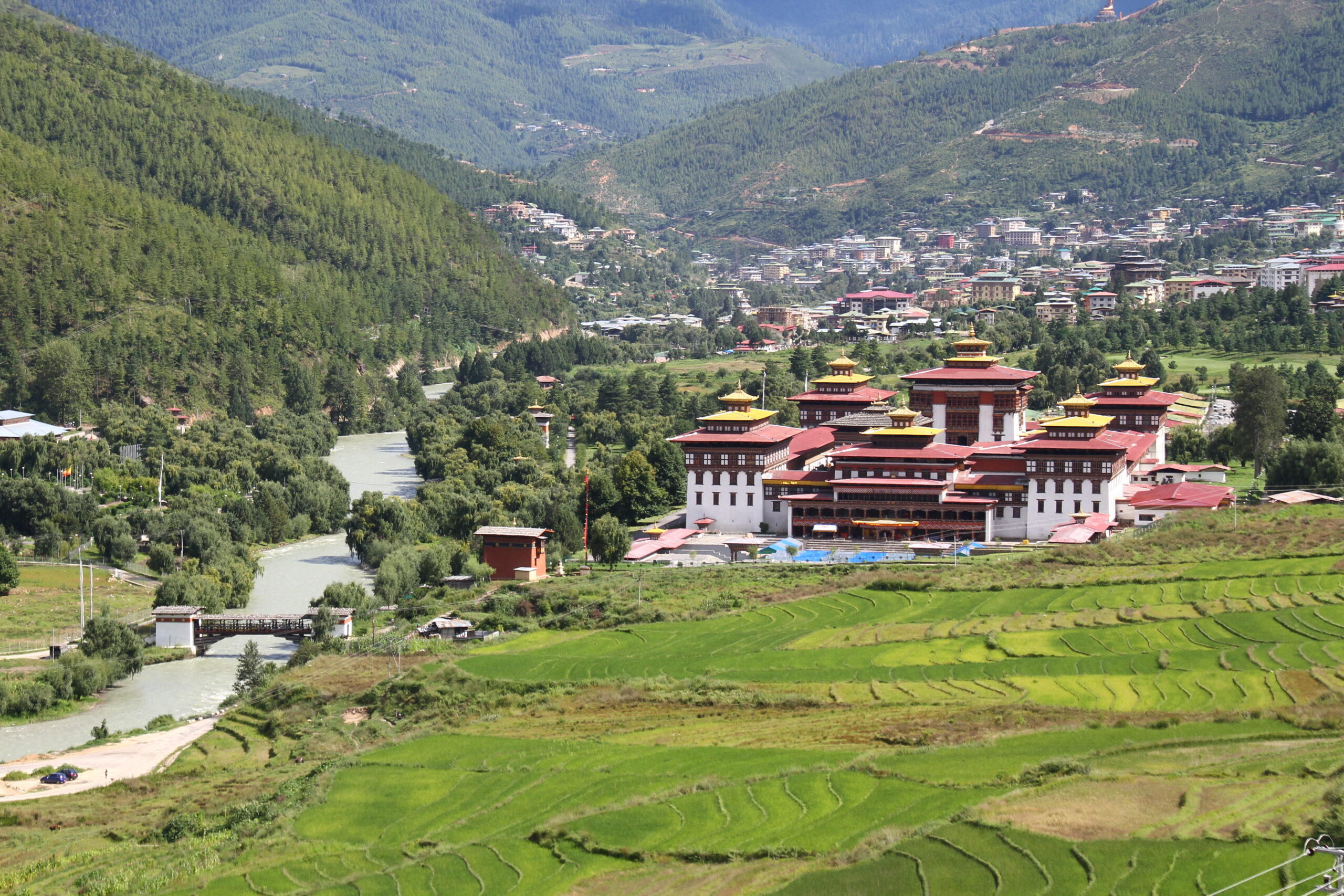 What foreign productions have used Bhutan locations in the past five years.

Bhutan has sadly not had a foreign production of note filming in the country in the past five years. We are aware that some local companies have tied up with international counterparts to execute productions in the future. Obviously Covid-19 has hit the local industry hard and have generally derailed all production plans for the moment. 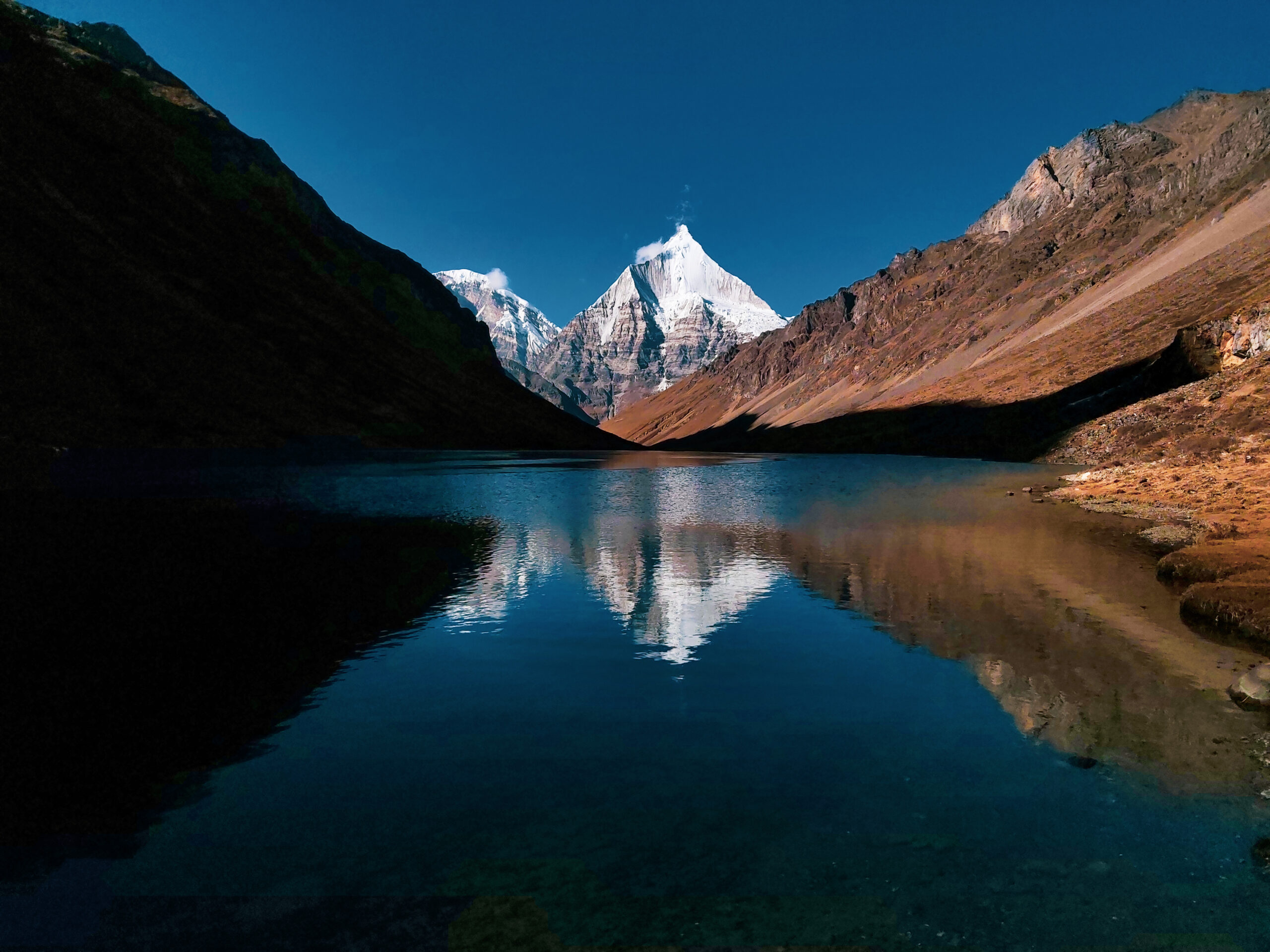 What has been your most difficult film location assignment or request to date and why?

The NFC was set up in August 2019 and the actual physical office was created only in October 2019. We haven’t handled any location assignments yet. 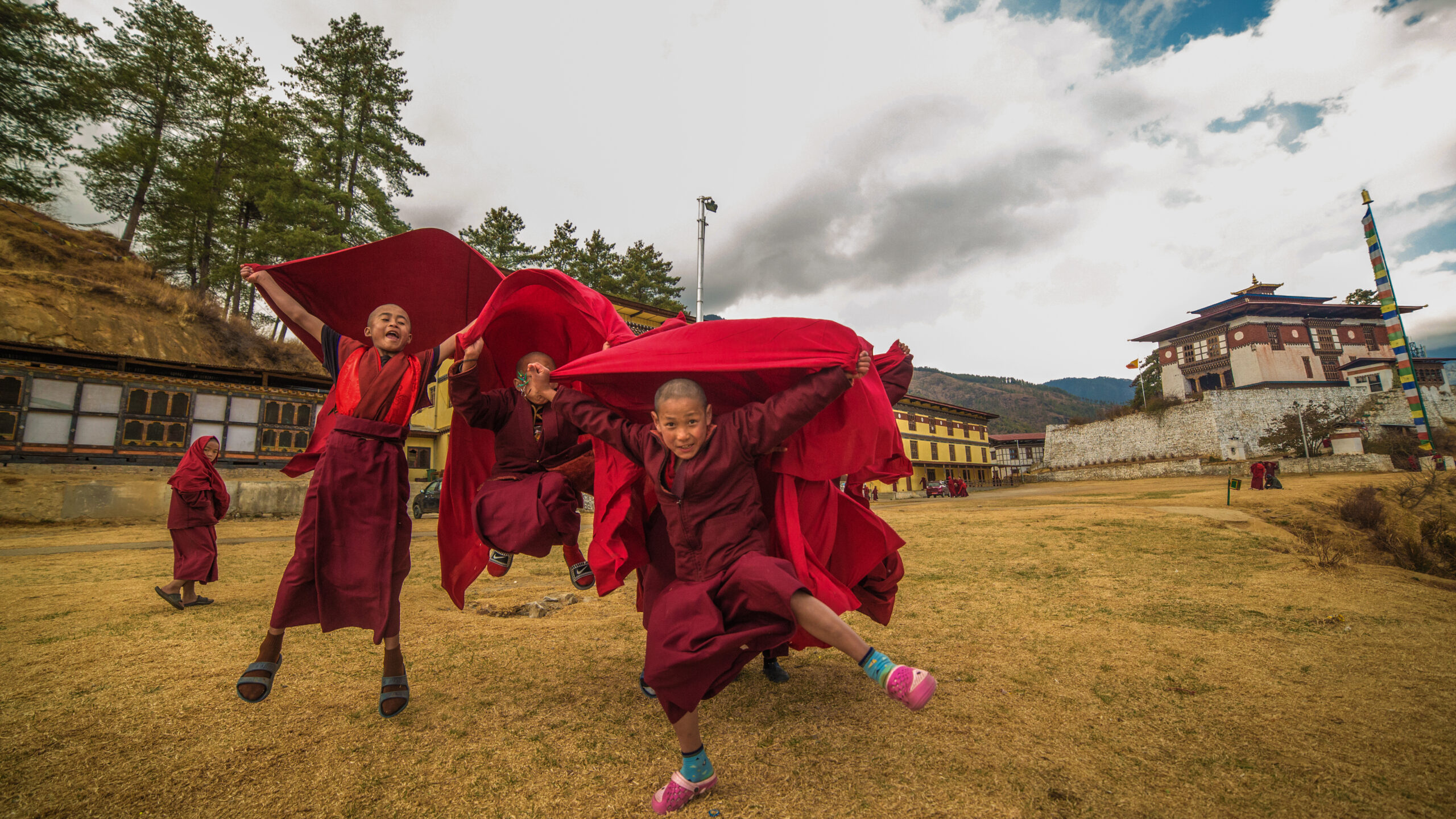 Are there any particular tips that you would like to share with our readers about filming in Bhutan?

The best times to film in Bhutan are from March to mid-June and from mid-September to November. Mid-June to mid-September are the wettest and most difficult months for filming, particularly outdoor location shoots. Winter is cold but I have seen from local productions that winter yields fantastic mountain scenery. As well, any foreign team wishing to film in Bhutan will be well-advised to find a seasoned and reliable local production partner with established credentials as this will address and clear up a lot of the hassles generally associated with location filming and particularly more so in the case of Bhutan given the nascent stage of the local production sector. The National Film Commission of Bhutan will be happy to facilitate in this. What would you recommend foreign crew and cast do to have fun and relax and visit on down days or pre / post shooting in Bhutan?

We are obviously the land of happiness and one of the top tourist destinations in the world so there is certainly a great deal to do to keep visiting filming cast and crew engaged and happy during down times! They can undertake short/light excursions and treks in some of the most pristine and picturesque destinations in the world. There are many Buddhist religious and cultural festivals spread out year-round in different parts of the country and many pay top dollar to attend these so it will be great to soak those in if one happens nearby during a down time. Weekend picnic drives are exciting and relaxing getaways too. Or if budgets permit, they can go for a down time hideaway in some of the most exclusive resorts and boutique establishments, ranging from 3 stars to 5 stars, that provide Eastern spa and relaxation therapies. Many Hollywood, global and Chinese film celebrities have visited Bhutan specifically seeking such getaways. If the location is near the capital, Thimphu, and other major towns in western Bhutan, which are the most popular tourist destinations in the country, and if one desires a more contemporary and a western kind of relaxation, there are plenty of cafes, discos, bars, pubs, karaoke joints, and singing and dancing bar-clubs called Drayangs that provide a whole lot of fun and relaxation. 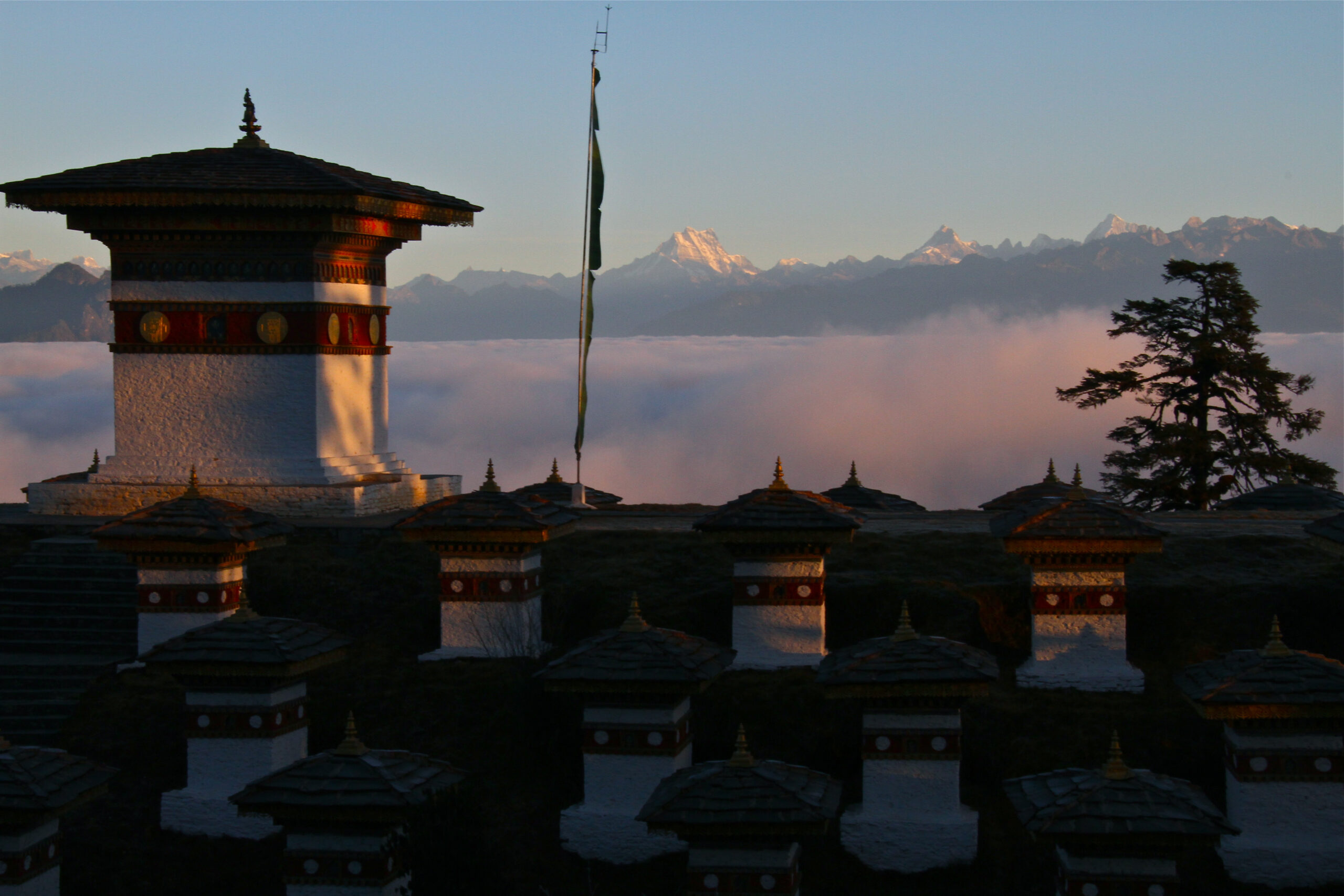 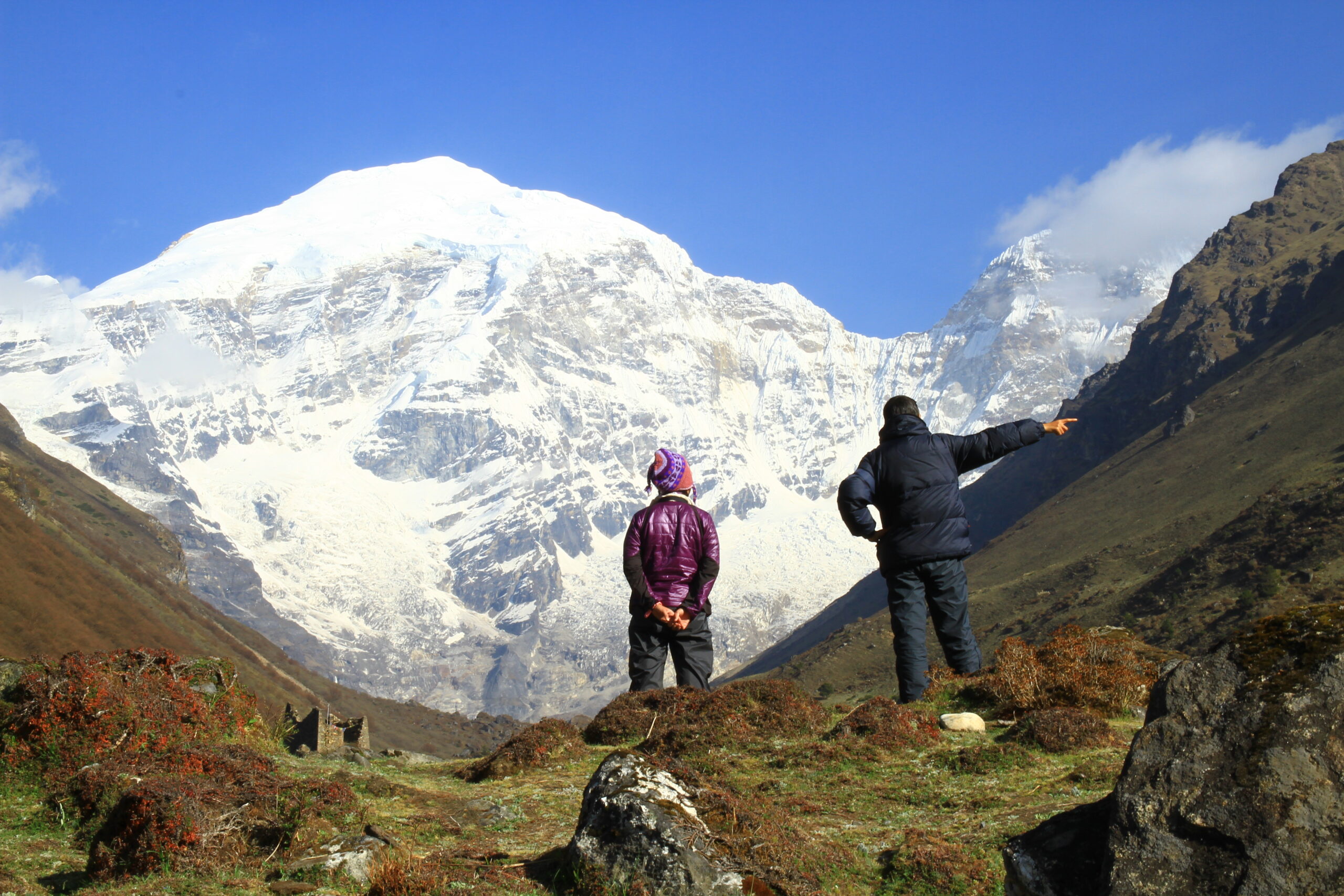 How did you become involved in the film business and what has been your career path to get you to your current role as Assistant Information & Media Officer at the National Film Commission Secretariat?

I previously worked at the Department of Information and Media (DoIM) under the Ministry of Information and Communications (MoIC). At DoIM I looked after the film desk and it was there that we first worked on setting up a dedicated agency to manage film affairs. The need for a centralised film agency was envisioned and stipulated by the Information, Communications and Media Act of Bhutan 2018. So when the NFC ultimately came into being, given my experience of dealing with the film sector and my personal involvement in the whole process up until that point, I became the obvious choice to work for the commission.

What does this role involve exactly?

I have been in this role for as long as the NFC existed, just shy of two years. To be very honest, while I do have a designation my role is as yet not fully fleshed out. I function as a sort of a Man Friday to the Head of NFC for now. The NFC is tasked with fulfilling 14 core functions and as a new organization with only a skeletal staff, we have our hands pretty full. So it’s a very flexible role and at the same time a very exciting and challenging one for me which I thoroughly enjoy. 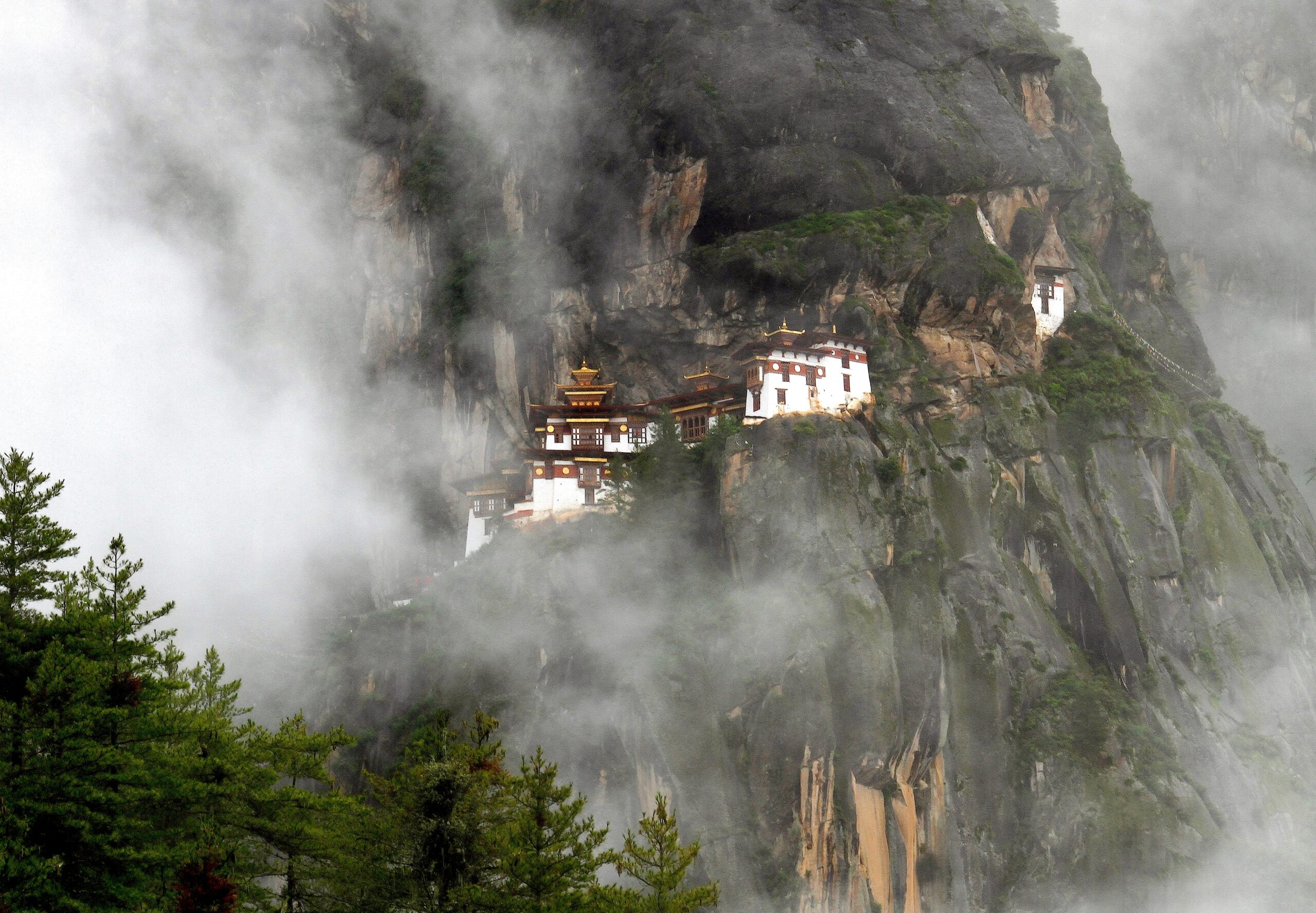 What is your favourite Bhutanese film?

Growing up, I was more into western films as our own cinema had not taken off as yet. I have always been a keen lover of British cinema. I now realize this fascination was more to do with the English accent than my ability to grasp content in a meaningful way! There is a Bhutanese film, “Gyalsey” (The Legacy of a Prince), that I really liked and which changed my perception of our film sector. Directed by Jamyang Jamtsho Wangchuk, a passionate and talented Bhutanese filmmaker, Gyalsey perfectly captures and conveys the Buddhist essence of being compassionate and helping others which is beautifully executed through a modern love story. It was after watching Gyalsey that I seriously started believing in the potential of Bhutanese films. In a way it was this belief that brought me to the NFC as well. 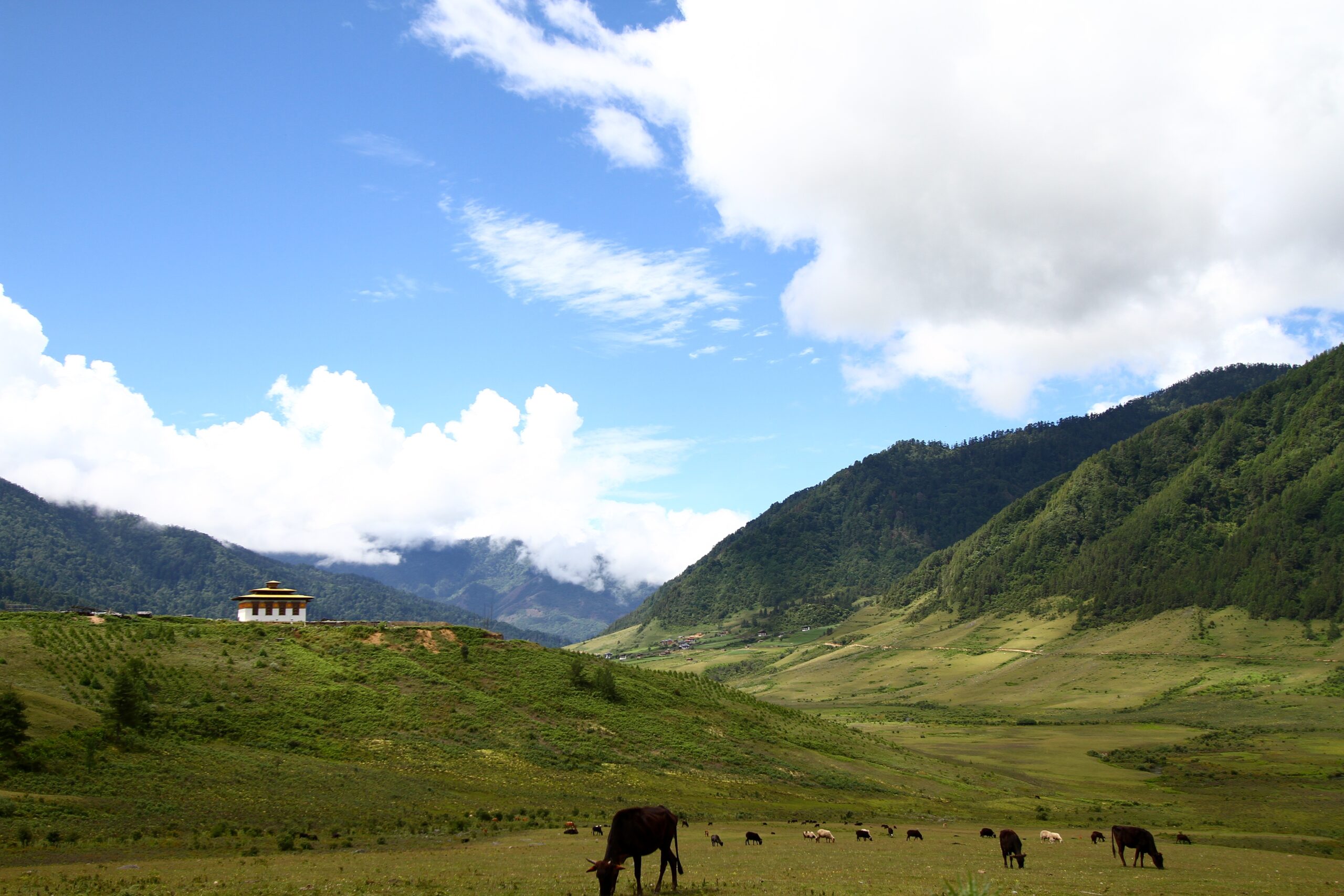