Written by Shona Smith on Aug 24, 2021. Posted in Production News

Set in a 2012 London house share the series flashbacks to suburban adolescence in the early noughties. Filming for Everything I Know About Love will begin imminently in Manchester and London, and will air on BBC One and BBC iPlayer in 2022. 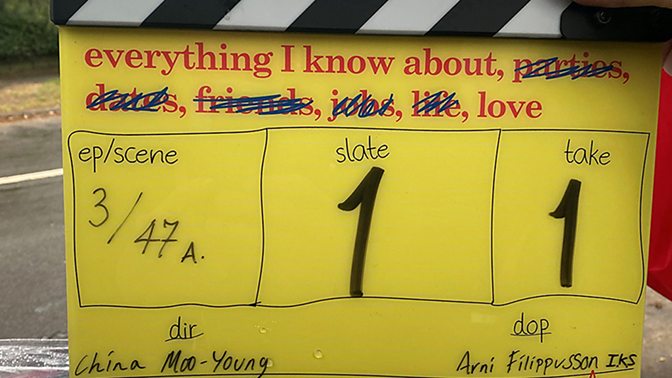 The seven part adaptation of Dolly Alderton’s bestselling memoir of the same name recounts and unflinching account on surviving your 20s has been produced by Working Title Television for NBCUniversal International Studios, a division of Universal Studios Group.

Directed by China Moo-Young (Pennyworth, Harlots), the series the central love story is between two childhood best friends Maggie, played by Emma Appleton (The Witcher, Traitors) and Birdy, played by Bel Powley (The Morning Show, Informer). Set in the early noughties the series is an unflinching deep dive into bad dates, heartaches and humiliation and begs the question: can platonic love survive romantic love as we grow up?

Dolly Alderton says: “I am beyond thrilled with every actor we have on board for Everything I Know About Love. Aisha Bywaters has helped us find our dream cast and we are so excited to see them inhabit the world of the show and bring its stories and relationships to life.”