Written by Shona Smith on Aug 12, 2021. Posted in Production News

Stranger Things season four has a more global scope with the action moving away from the fictional town of Hawkins, Indiana and including new locations in the US and Russia after the death of sheriff Jim Hopper and Eleven’s relocation. 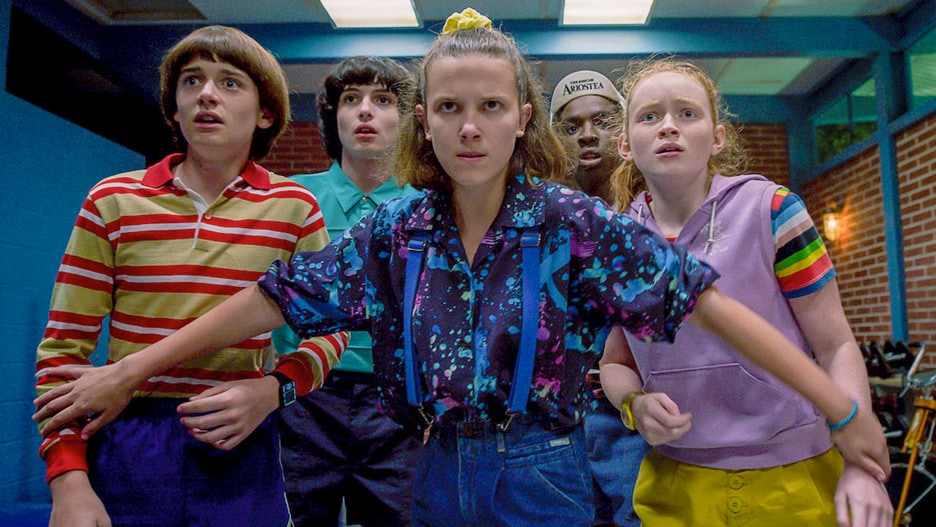 The series is filming in New Mexico until the end of August in Alburqurque. The production is employing approximately 325 New Mexico crew members, 70 New Mexico principal cast members, and 700 New Mexico background and extras.

"Not only are we excited to see New Mexico locations and talent on full display in this series, but we are interested in the film tourism that could potentially follow as well. We enthusiastically welcome the entire team with open arms,” says New Mexico Economic Development Department Cabinet Secretary, Alicia J. Keyes.

“The New Mexican upside-down fan base cannot wait to catch glimpses of the land of enchantment when Season 4 is released on Netflix in 2022.”

A love letter to the ‘80s classic genre films that captivated a generation, Stranger Things is a thrilling drama set in the seemingly normal Midwestern town of Hawkins, Indiana. The series is based in Atlanta, Georgia which doubles for the ordinary Indiana town beneath which lurks an extraordinary supernatural mystery, along with top-secret government experiments and a dangerous gateway that connects our world to a powerful yet sinister realm.

One of Netflix’ most popular series, season four has seen some delays due to Covid. Filming shut down in March only resuming in September. The series is also the most ambitious to date, taking on a more global scope with new locations in the US and Russia after the death of sheriff Jim Hopper and Eleven’s relocation.

Both New Mexico and Georgia offer competitive incentives, a solid crew base and production infrastructure.

Albuquerque, is New Mexico’s largest city and has ranked first in Movie-makers annual Best Cities to Live & Work as a Filmmaker for the past three years. The state's rebate system is a drawing factor for productions, and also helps ensure training and a long-term industry in the state. The  maximum refundable tax credit in New Mexico is 35%. The base 25% can be uplifted with 5% additions There are additional 5% uplifts for TV series and standalone pilots, the use of qualified production facilities or sets in the state and for production and postproduction expenditures in certain areas of the state. Roswell, New Mexico, western drama The Harder they Fall starring LaKieth Stanfield, Regina King, Idris Elba and Zazie Beets, and Jumanji: The Next Level and Better Call Saul have recently shot in the state.

Georgia is one of the busiest production hubs in North America due to its 20-30% incentive, dependable weather, stages and crews. Guardians of the Galaxy Vol 3. and Black Panther 2: Wakanda Forever are some of the notable upcoming productions shooting in the state.