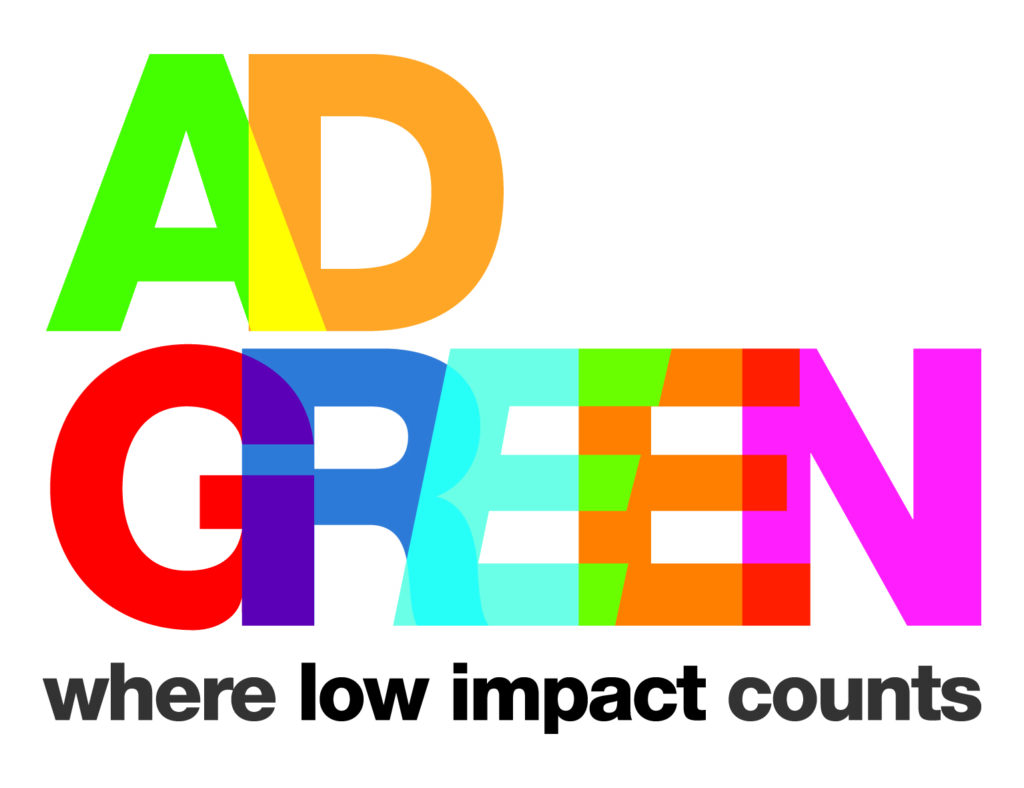 Free at the point of use, the calculator is supported by the AdGreen Levy – a voluntary donation on production spend that companies are encouraged to sign up to.

We spoke to AdGreen about the exciting new tool and how the industry can get involved ahead of the launch on September 29th.

What is the Carbon Calculator, and why is it a game-changer?

The most recent IPCC report shows that if we want to prevent the worst repercussions of the climate crisis every tonne of carbon we can avoid adding to the atmosphere counts, but you can't manage what you don't measure.

The calculator is a game changer because it will allow the advertising industry to quite simply work together to work out what is the carbon footprint of a production, and therefore take the steps to reduce it.

This tool quickly and visually shows how small changes can make quite a big difference. The AdGreen Carbon Calculator is the only bespoke tool that does this for the advertising industry.

The high pressure, quick turnaround nature of the advertising industry often means you take the shortest route – which can be at the cost of the environment. This tool quickly and visually shows how small changes can make quite a big difference. The AdGreen Carbon Calculator is the only bespoke tool that does this for the advertising industry.

The calculator is very much part of the advertising associations monumental drive for “Ad Net Zero” by 2030. The five-point action plan of how to get to ad net zero by 2030 and AdGreen is part of action two: to merge and then reduce the carbon footprint of advertising. The Advertising Association, and all of its members have got a large, vested interest in using the tools that are on offer, which is why we expect a large take up.

How is it bespoke to the advertising industry?

The calculator is based on the same tried and tested method as Bafta’s Albert TV and Film Calculator, but it is specifically designed for the advertising industry.  The major repurposing is the bespoke user structure designed for the numerous stakeholders that need to be able to work together on the same footprint.

Every different company type who work together on the same projects and campaigns is accounted for. At the very top we have brand parent company, such as Unilever, then we have the brands themselves, which might be Marmite or Dove, and then we also have production consultants working as part of the team. We have advertising agencies and their parent companies, production companies and service companies.

How does it work? 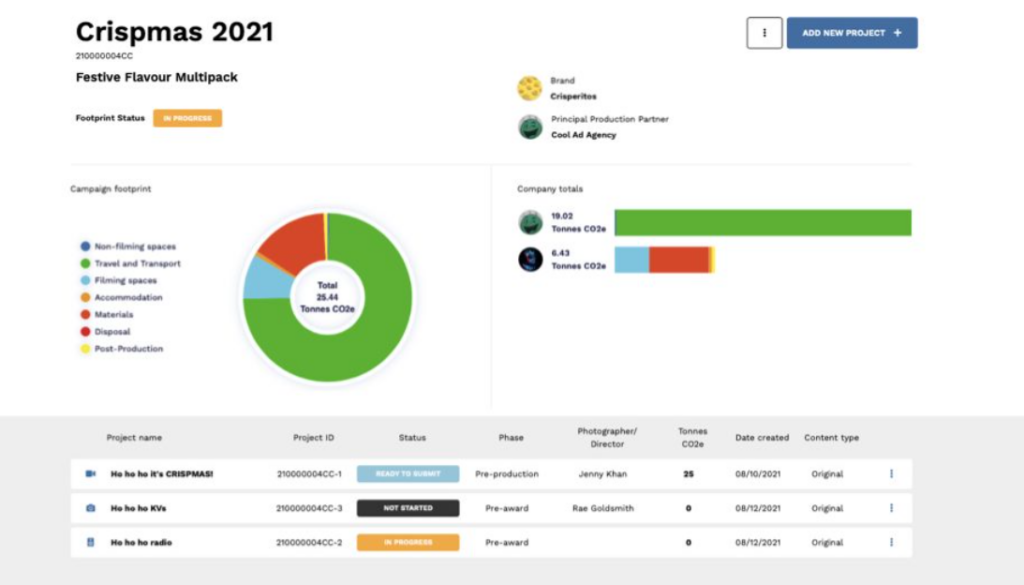 The Calculator can be used in the early stages of production to outline planned spend and calculate the carbon footprint for each individual item and activity in the budget. You can also compare different versions against each other to make more informed choices.

We are hoping that the visibility of the carbon footprint related to every company in the chain or portion of the budget will start discussions between members up and down the chain.

It is sets up so that every stakeholder can see each other's portions of the carbon footprint as data, rather than in detail. We are hoping that the visibility of the carbon footprint related to every company and portion of the budget will start discussions between members up and down the chain. By working together we hope stakeholders will make informed decisions about how they plan to run the production.

Is it a global tool, or just for the UK industry?

Although we are launching in the UK it is a global tool. It has been used globally for productions that are happening all across the world.

Datasets are an integral part of the tool, and allow companies working all over the globe to measure their footprint. The carbon factors change depending on where you are and we've now got carbon factors from across the globe. If you are adding the electricity for an office in Spain, it will pull it up more appropriate data and create an accurate footprint.

How easy is it to use – is there any training? 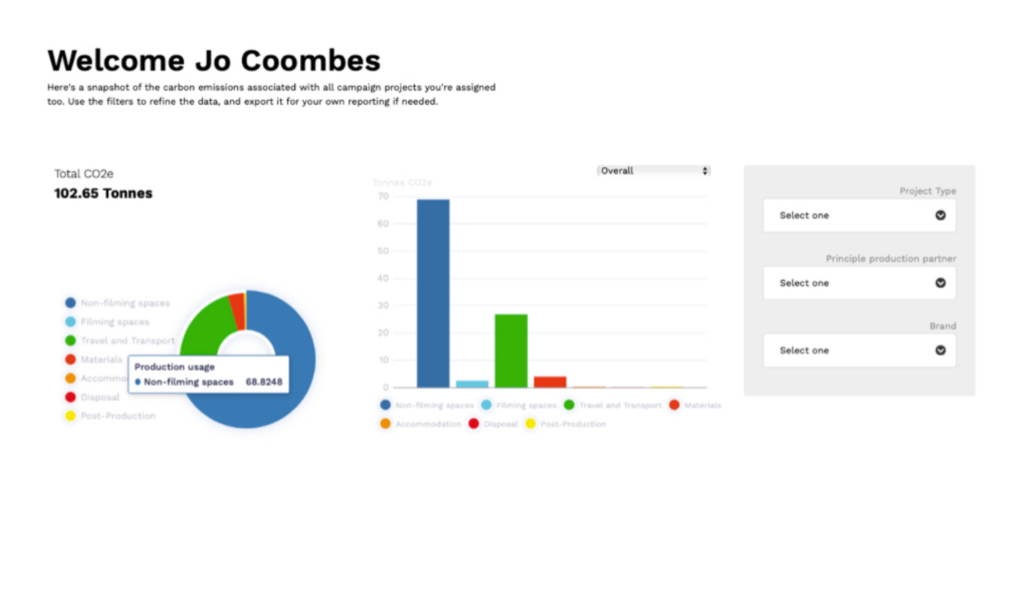 We are confident that it is very user friendly. We understand from the users of Albert’s tool that it is very easy to use, but like anything it will take a little bit of getting used to.

There will be a lot of support for anyone to get to use the tool. We are running webinars post launch for free, and anyone can sign up who wants to learn specifically how to use the tool. They will appear on the website alongside how to videos and guides.

AdGreen’s existing sustainability training is also recommend to anyone from crews to agency account and creative teams, brands and the advertisers themselves. It goes through the science behind how to measure a footprint and how we can work together to bring it down. That goes feeds into baking it into the creative to begin with and then throughout the production process. 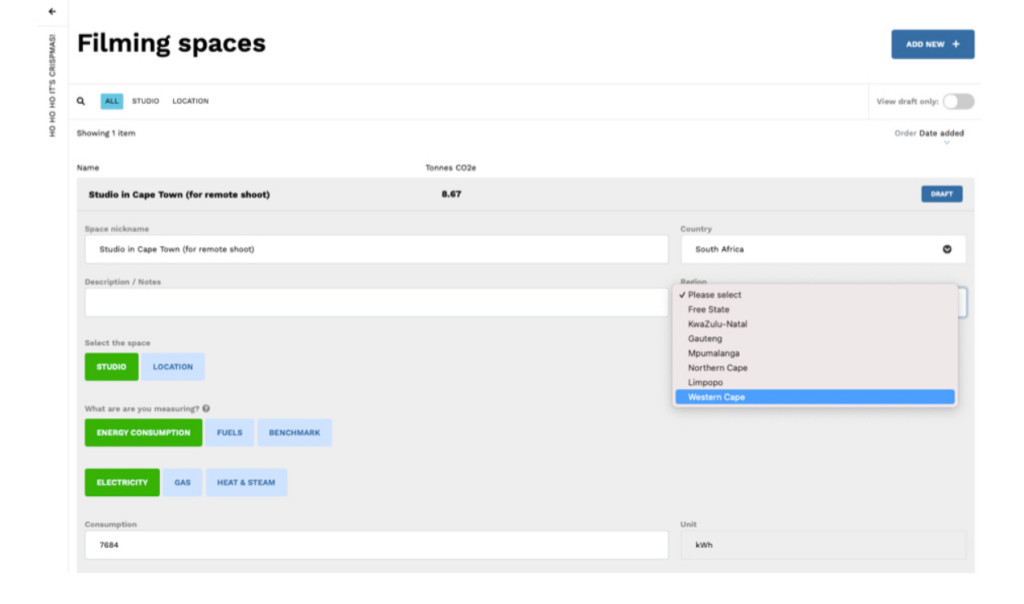 How do tools like this help to drive behaviour change?

The tool is a carrot, not a stick. It is there to be used and hopefully to make people's lives easier.

Pressure is coming from everywhere. Companies and individuals will have to get their heads around working out their carbon impact because at some point it will be a requirement to report on it. By getting ahead of the game, we are able to say we are taking it into our own hands and the industry has a trusted, verified tool.

Hopefully, by having the data at hand will help the industry will be able to then make informed decisions about how they move forward towards net zero.

What is the AdGreen Levy?

It is important to us that the calculator is free at the point for the whole advertising community, but we do need people to support it and allow that to happen.

The AdGreen Levy is a voluntary donation of 0.25% on advertising spend of a brand’s spend on advertising production, that’s just £2.50 per £1,000 spent, and is capped at £2,500 per production. We are asking advertisers and agencies to sign up to act as either payers or collectors of the levy.

The AdGreen website has all the information including an informative animation, a calculator to work out what the cost of the levy might be and companies can register as a collector or supporter and all the companies who have already signed up to support.

Who is already supporting the scheme?

Companies who have signed up can bask in the glory of being either an early adopter and can say that they are taking an active part in this process.

How can people get involved?

The AdGreen website is full of information on how to sign up to the Carbon Calculator and the AdGreen Levy, as well as training and many more free resources.