Set in 1859, The North Water stars Jack O’Connell (Godless, Little Fish) as Patrick Sumner who joins The Volunteer as a ship’s surgeon. Sumner hopes to lose himself in the tough physicality of an Arctic whaling trip, but the ferocity of the elements are matched by the violence of his crew mates. As the true purpose of the expedition becomes clear, confrontation erupts – taking them on a journey far from solid ground and way beyond the safe moorings of civilisation. The series also stars Colin Farrell (The Lobster, Fantastic Beasts and Where to Find Them) as harpooner Henry Drax and Stephen Graham (White House Farm, The Irishman) as Captain Brownlee. 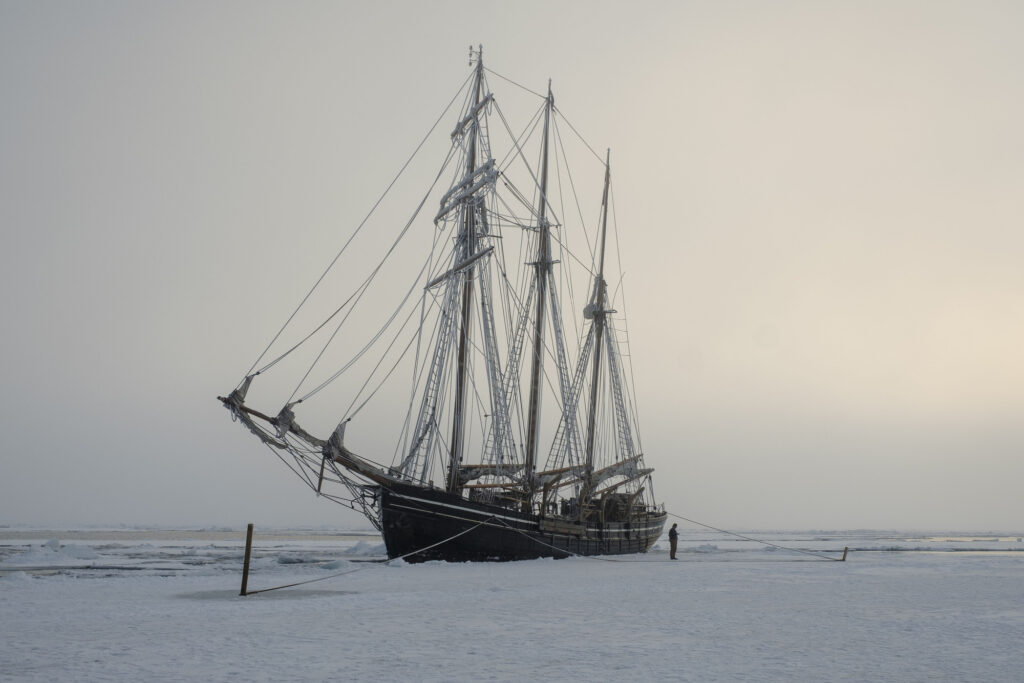 Based on the book by Ian McGuire, director and writer Andrew Haigh (pictured below) says the decision to shoot in the Arctic came about because “McGuire’s novel vividly evokes the brutal beauty of the Arctic environment and I knew I had to try and bring a similar realism to the show. Despite the obvious challenges, shooting in the Arctic seemed the very best option. I wanted us to feel the biting wind, the bitter cold. I wanted to capture that fear that comes from being so far from civilization.

We were up to 81 degrees north, 24 hours away from land at some points, locked in the sea ice. It was not an easy experience. It was very cold, sometimes terrifying, and really challenging, but to me that was what was so exciting about it. Luckily, we had a bunch of crew and actors who also thought this was exciting, so we could all do it together. 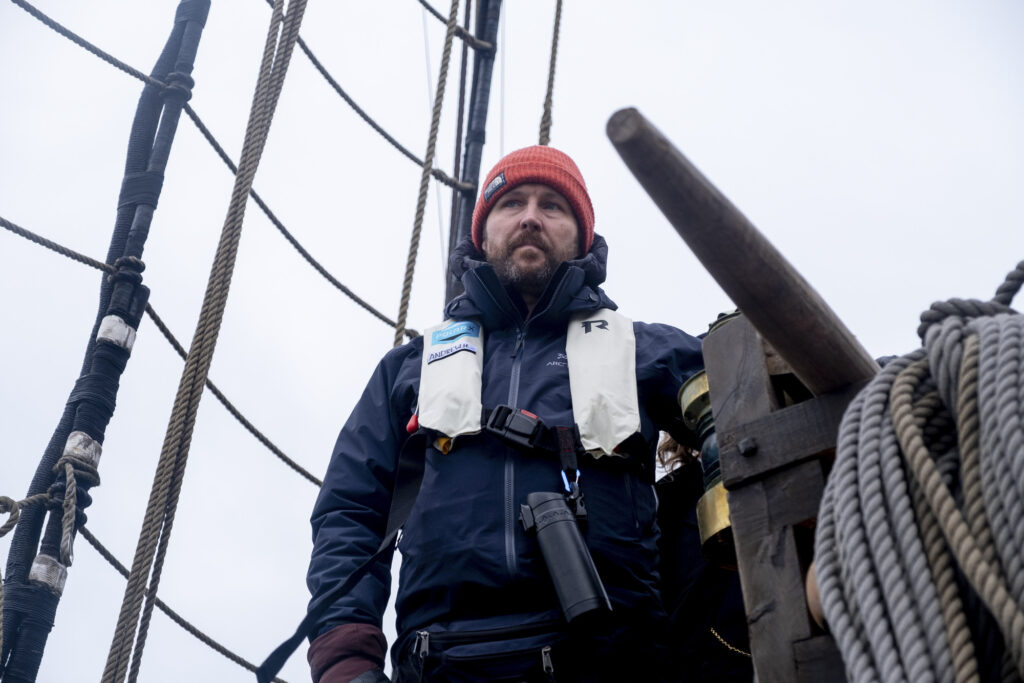 I was terrified. I think we all were. None of us really knew what to expect. I’d been on some scouts up there, so I had seen the environment already, but it was nerve-racking to know that we were going to be on a boat for a month, all the crew, all the cast, in very close quarters. It was a big cast and I wanted to ensure that everyone got on, that it was an enjoyable experience, and in the end, what made me very happy was that it was such an incredible experience for all of us.”

Star O’Connell adds, “We knew that it was going to be dangerous. There’s no way of completely eradicating danger. We had no signal, no internet. Everyone subscribed to it because of the personal challenges. We took an old-school sailing ship which had an engine but could also double as our mid-19th century whaling vessel, so we were very lucky to be able to do that, because we were pretty exposed to all the elements of that environment.” 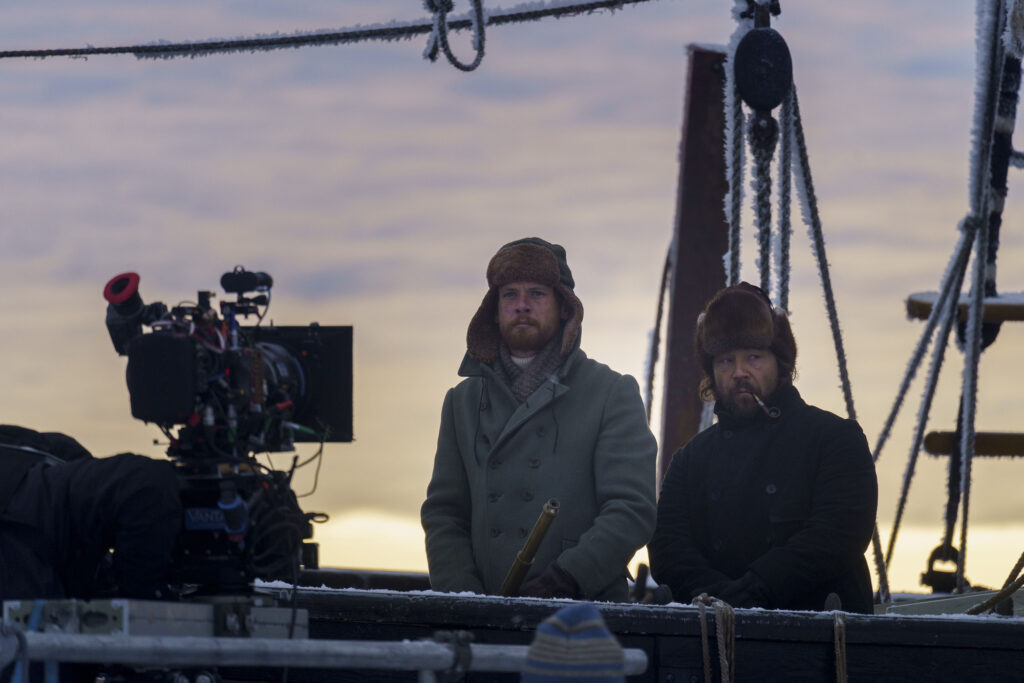 When asked about the atmosphere on set O’Connell says “It was a tight space, so any negativity would have been potentially contagious. We were all very fortunate that we were with each other, and fortunate with the crew on board the Activ, who were totally professional and knew what they were doing. We could watch them and sometimes we had to pretend to be like them on camera, and they were really good, really welcoming. Also, they were interested in what we were there to do, so there was this sort of trade-off between interests and all of that.” 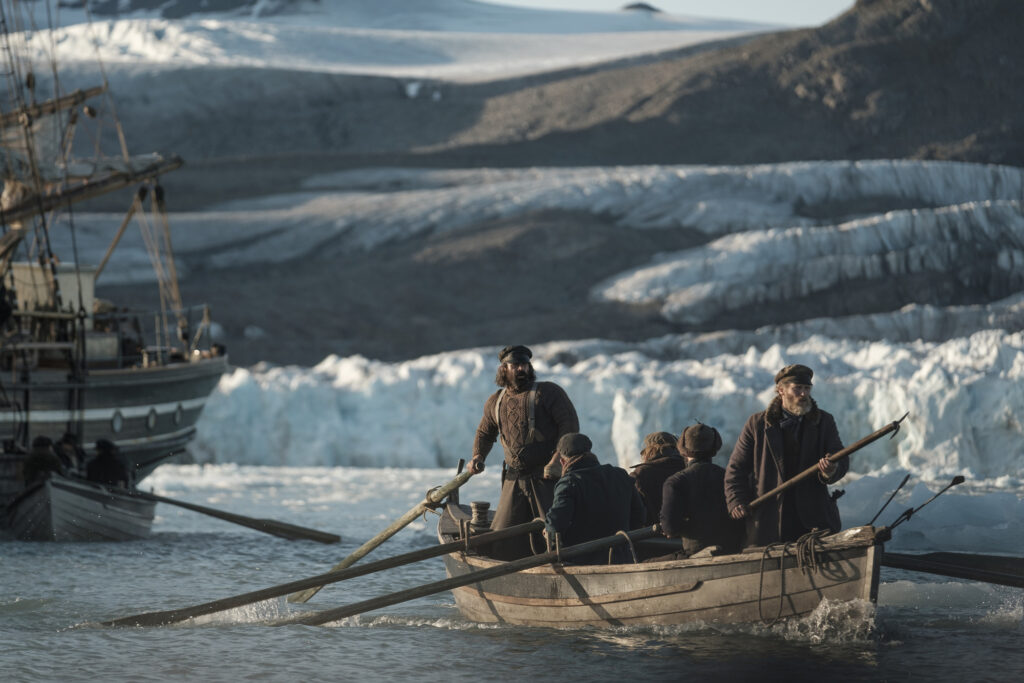 Unexpected hazards are part and parcel of shooting in such dramatic natural conditions. Stephen Graham recounts one such moment: “They are rowing me across to this boat and I’m out in the open water, and all the ice, the glaciers are right there, and the lads are throwing out the oars and it was one of those moments where you just think, what’s going on? What am I doing?...We did a first take, then a second take, the lads are rowing out, I’m there being Brownlee, all serious, then all of a sudden, a massive bit of ice just fell, and you can see it falling. I was looking at it and thinking, oh my God. Then it hits the water and I’m thinking, I hope that they’ve got this on film as well...

The lads are rowing, then you heard shouting and we had to stop, all of sudden, because there’s a massive wave is on its way to us in this little boat, and I’m thinking, I’m going to die in the middle of the Arctic in a fake fur coat! The lads are paddling as fast as they can to get away from it, and everyone’s a bit worried and a bit panicked, and we just missed it, but it was high. The whole experience was unbelievable.” 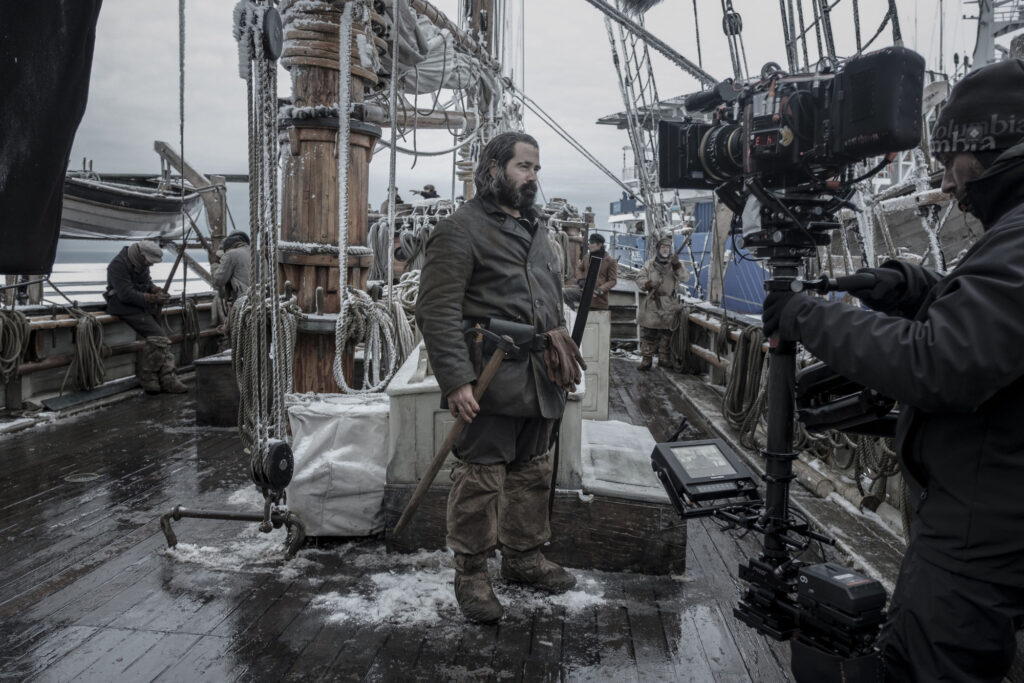 The shoot took place in the Arctic Ocean, located above the Svalbard Archipelago. Svalbard itself is an unincorporated Norwegian territory and benefits from Norway’s 25% filming incentive.