The decision to form new National and Regional Committees comes in response to the recent growth in quality film and television production across the United Kingdom.  These committees are designed to facilitate support in each region by offering production workers a new platform, further strengthening the industry’s British workforce base.

The committees will meet at least four times a year – offering useful activities and events for their members, such as forums, masterclasses and networking events – while the six heads of the committees plan to meet annually with Lyndsay Duthie, the PGGB’s CEO, to act as a steering group.  Duthie explains: “The challenges and opportunities faced by production teams on the ground will differ depending on where they are working.  Through our new National and Regional Committees we can have direct, regular dialogue which will enable us to provide more targeted support.  This is all underpinned by the belief that together we are stronger.” 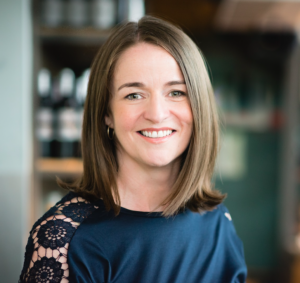 Healy (pictured right) is excited to kickstart the initiative with the support of her new team, stating: “Crew in this region are extremely experienced, but we need to make sure their needs are fully understood and spot the skills gaps that need support, if we’re to keep talent moving through the pipelines to meet production demand.  By better engaging with freelancers in Bristol and the South West, PGGB can better help them, ensure they benefit from national interventions intended to strengthen the production sector, open more doors to people from all backgrounds and ensure effective training is provided to help career progression.”