Written by Joe Jackson on Nov 6, 2021. Posted in General Interest

At this year’s FOCUS, 80six will host the Producers Coffee from 9.30am to 10.30am on Wednesday 8th December. As a leading video technology company, they provide high-end equipment and world-class technical services for virtual production, film and TV drama, live entertainment, broadcast, (e)sports and corporate events.

“We have been highly anticipating FOCUS 2021 and the opportunity to not only exhibit our services and technical expertise but to exchange ideas with producers across the world on revolutionising VFX and what production value those virtual production technologies and techniques can offer,” says Christina Nowak, Director of Film & TV. “As a tech partner and virtual production consultant, we are passionate about what can be achieved creatively and directly in-camera within an LED Volume.”

80six is home to new technologies and ideas. The company’s latest venture, Virtual Production Studios by 80six, houses a 10000sq ft virtual production facility featuring an 18m x 4.5m ROE Visual DM2 customisable LED Volume, plus some of the most advanced real-time technologies on the market. Located just outside London, the studio enables the delivery of all technical aspects of film & TV productions using LED screens for shooting in-camera VFX.

"Virtual Production (VP) is a game-changer for real-time video production,” explains Dan Hamill, Co-Founder and Commercial Director. “The huge LED stages built around the UK work for big-budget productions but fuel the misconception often heard from producers that VP is costly. The great thing about LED screens is that they are scalable. 80six are in a position where we can be flexible with the size of the LED Volume. We can either adapt the one at our studios to fit the production requirements or build it to spec at another studio, making it more accessible for commercial shooting and indie filmmaking. The Producers Coffee session will be a great opportunity to tackle such misconceptions in a friendly setting over a cup of coffee.”

“Looking at the recent productions shot at our studios, VP works particularly well for scenes shot in difficult conditions such as in a fire or a desert,” adds Nowak. “You're now in a controllable environment where you are no longer weather or light-dependent, making it easier for the crew to make changes collaboratively in real-time, taking out a lot of the uncertainty of post-production later on and eliminating the need for costly reshoots. Moreover, when considerately planned, it’s a more sustainable production method.” 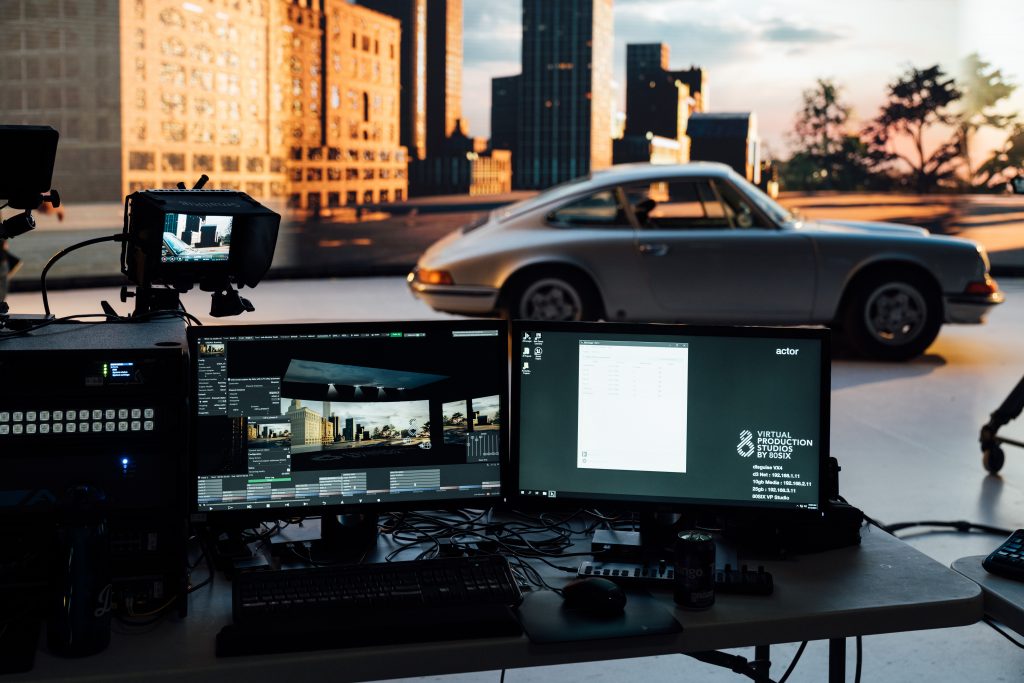 FOCUS 2021: The Meeting Place for International Production gives attendees the opportunity to connect with potential partners from every continent. Located in the popular Fresco Film Producers Lounge, the morning coffee session sponsored by 80six is designed to ensure that producers meet a wide range of colleagues from different parts of the globe alongside one’s frothy cappuccino or warm cup of tea.

Join 80six and many other impressive businesses live at the Business Design Centre from 7-8 December and online 7-10 December. Register here for a FREE delegate badge.