Written by Joe Jackson on Dec 14, 2021. Posted in Incentive News

An independent report has recorded the highest ever return on investment as a result of UK screen tax reliefs. Between 2017 and 2019, the UK economy was boosted by GBP13.48 billion thanks to government schemes tailored to the screen industries. The in-depth triennial report – titled Screen Business – details record-breaking levels of production and job growth, generating wider economic benefits for interrelated industries such as tourism and retail.

“We work with industry and Government to build the UK screen sector,” says Ben Roberts, BFI’s Chief Executive, “and Screen Business is evidence of the strength of the tax reliefs and how they have supported a staggering level of production and jobs, and built business across the UK’s nations and regions.”

“It’s a testament to this strength that our screen industries have bounced back faster than almost any other industry post pandemic. As we look to the future we need to ensure that we stay on top of our game – by building the skilled workforce this level of production critically needs and increasing investment in areas across the UK where there are opportunities for growth and innovation.”

Over the three year period of the report, direct spend on screen production in the UK increased by 74%. This highlights the strength and resilience of the screen industries pre-pandemic, which in turn enabled the production community to bounce back effectively. There was also a GBP4.7 billion spend on production between January and September 2021, highlighting how the screen sector has become one of the UK’s strongest industries.

Expenditure on feature film production in the UK consistently topped GBP2 billion over the three year period, more than doubling in the 12 years since the film tax relief was introduced (from GBP849.2 million in 2007 to GBP2.02 billion in 2019). The video games tax relief, which came into effect in 2014, supported an estimated GBP860.4 million of development expenditure in 2019, creating a 22.8% increase from GBP700.8 million in 2017. 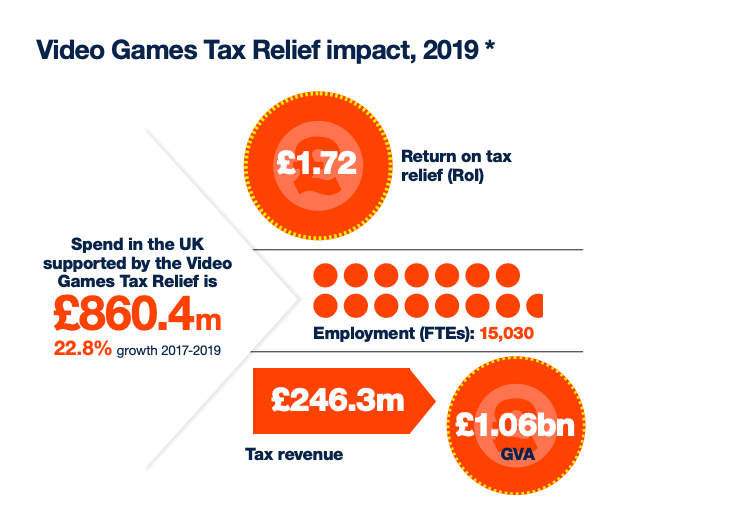 “This report underlines the strength of the UK’s VFX industry and shows steady growth over the three years prior to the pandemic,” states Neil Hatton, Chief Executive of UK Screen Alliance. “From evidence outside this report, we know that there is a huge opportunity for the UK to capture a greater share of the global VFX market and create many new jobs in the UK that have high levels of skill and productivity. Screen Business provides us with a springboard for conversations with government aimed at unlocking this considerable potential for further growth.”

Adrian Wootton, CEO of the British Film Commission, adds: “We have embarked on a new Golden Age for film and TV, one that provides unrivalled opportunities for our industry, our economy and our communities to stimulate long- term job creation and prosperity for the whole of UK.”

Featured image and infographic courtesy of BFI and Screen Business.