Written by Joe Jackson on Feb 21, 2022. Posted in Production News 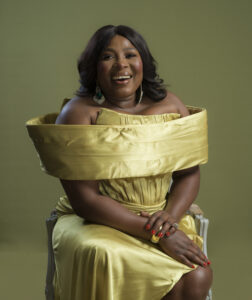 “I was immediately drawn to ENO because of its female-driven narrative,” explains Shirley, whose body of work frequently places African women at the centre of its stories. “In spite of the fact that the main character, Abena Baafi, is described as a woman who is cunning and even greedy, I love her zeal to succeed against all the odds. The fact that she is determined to see her daughters make better choices than she has, shows me a mother’s honest attempt to right her past wrongs through the children she so dearly loves, even if she doesn’t get it right every single time.” 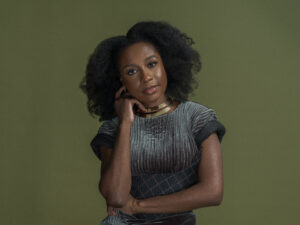 Under the couple and production partners’ company Sparrow Studios, Shirley and Ken are behind some of the biggest titles in Ghana. The popular Ghanaian telenovela Dede won Shirley an award for Best Director at the 2021 Ghana Movie Awards. Her projects also include award-winning romantic drama The Perfect Picture and its sequel The Perfect Picture: Ten Years Later; as well as the hit romcom Potato Potahto, which premiered at Cannes Film Festival in 2017. 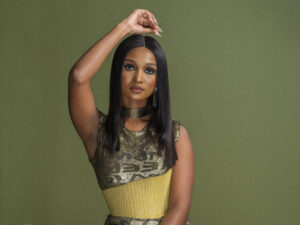 ENO set in the capital city Accra. The 13-part drama follows Abena Baafi, a single mother determined to interfere with her daughter’s lives by steering them towards the path of rich suitors. However, her daughters are autonomous beings with their own hopes and ambitions, meaning that a mother’s dream soon becomes a daughter’s nightmare. Shirley describes ENO as a story that “is not ordinary” and one that will “challenge your beliefs and keep you glued from the very first scene to the last.”

Her sentiments are shared by Ken, who believes that ENO is fitting for a first Ghanaian Showmax Original. He elaborates that the series will be loved by viewers as it is a “visually entertaining, drama-filled and completely relatable African story with Ghanaian nuances... It highlights some of the pressures we all experienced at one point growing up and even as adults, either from our parents or family members." 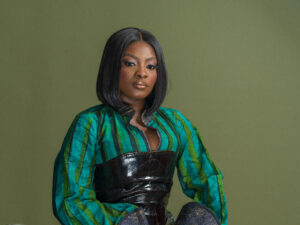 ENO joins other Showmax Originals across the African continent, including: hit police procedural Crime and Justice and the recently launched drama series Single Kiasi from Kenya; the reality series I Am Laycon and the upcoming The Real Housewives of Lagos from Nigera; and South Africa’s record-breaking telenovela The Wife and reality series The Real Housewives of Durban.

“The success of this series will set the stage for much more original Ghanaian-produced content on Showmax,” emphasises Shirley. “I am convinced this will happen and help accelerate the growth of the Ghanaian film and TV industry.”