Written by Joe Jackson on Mar 15, 2022. Posted in Interviews

São Paulo and the screen: a conversation with Spcine president Viviane Ferreira

The Location Guide caught up with director, producer, lawyer and scholar Viviane Ferreira, discussing the filmmaking scene in the Brazilian city São Paulo.

Viviane is President of SPCine (City of São Paulo Film and Audiovisual Company) and a university professor of Film Media. She is responsible for overseeing the development, financing, and implementation of programs and policies across all film, TV, games, and new media in the city. 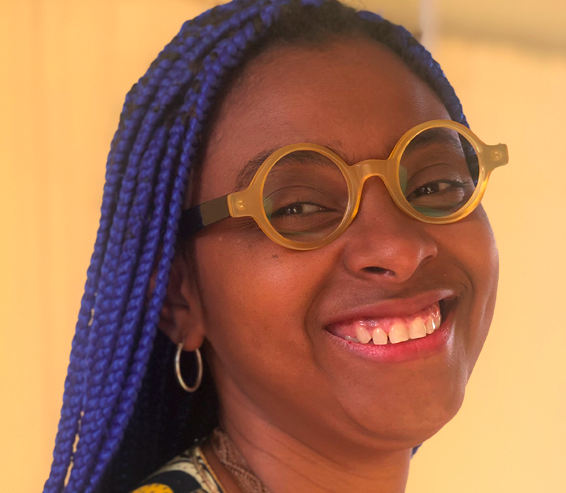 How did you start working in the film industry?

I’ve experienced the uniqueness of studying Film and Law at the same time, so the knowledge acquired in both areas made it possible for me to make the decision to open my own production company, Odun Filmes, back when I was a student. Thus, I came to the film industry as a businesswoman, looking for ways to consolidate a company led by black women who are obsessed with narratives connected with the subjectivities of black people in Brazil and in the world.

When did you join SPCine?

I took over the presidency of SPCine in February 2021, in an adverse context: the world was facing its second year of the COVID pandemic. I had already been the president of APAN - Association of Black Audiovisual Professionals in Brazil for 6 years, which increased the expectations on my management skills, as the global audiovisual industry seeks ways to ensure greater diversity in its productions and governments seek alternatives to support sectors deeply impacted by the effects of COVID-19, such as the cultural sector. 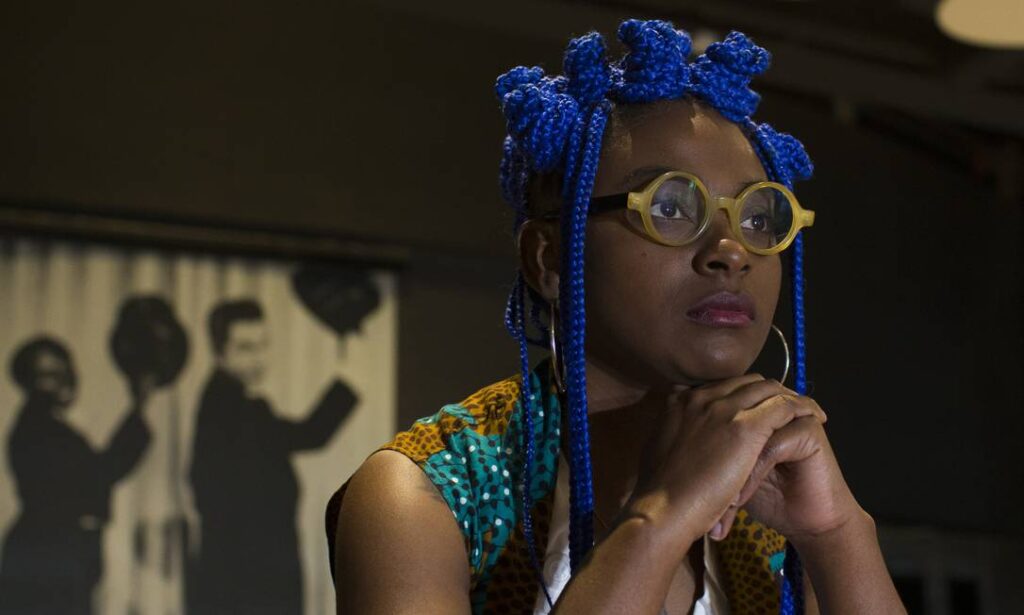 Why should incoming filmmakers consider working in São Paulo?

Well, I could say that São Paulo alone answers for 25% of the Brazilian audiovisual industry and this data in itself might be enough. However, it is important to highlight that the City of São Paulo has many public policies for this industry, which are led by SPCine, and that we constantly invest in the attraction of international productions to our city through many different initiatives. Through the São Paulo Film Commission we also provide tailor-made assistance to incoming productions. And I cannot forget to mention that São Paulo offers a huge array of locations, from the old downtown and its historical buildings to the post-modern flair of business avenues with endless skyscrapers.

What are SPCine’s core goals?

SPCine focuses on the development of the Film, TV, Digital Games and New Media sectors and is an initiative of the City of São Paulo, seeking to do this with attention to gender, race and territorial diversities, as well as good practices that guarantee sustainability. We were responsible for Brazil’s very own Film Attraction Program through Cash Rebate, and are constantly innovating our policies for the audiovisual industry as a whole. We also have special initiatives for young filmmakers that are starting off in the audiovisual industry, as well as training and educational programs for both new and experienced professionals. 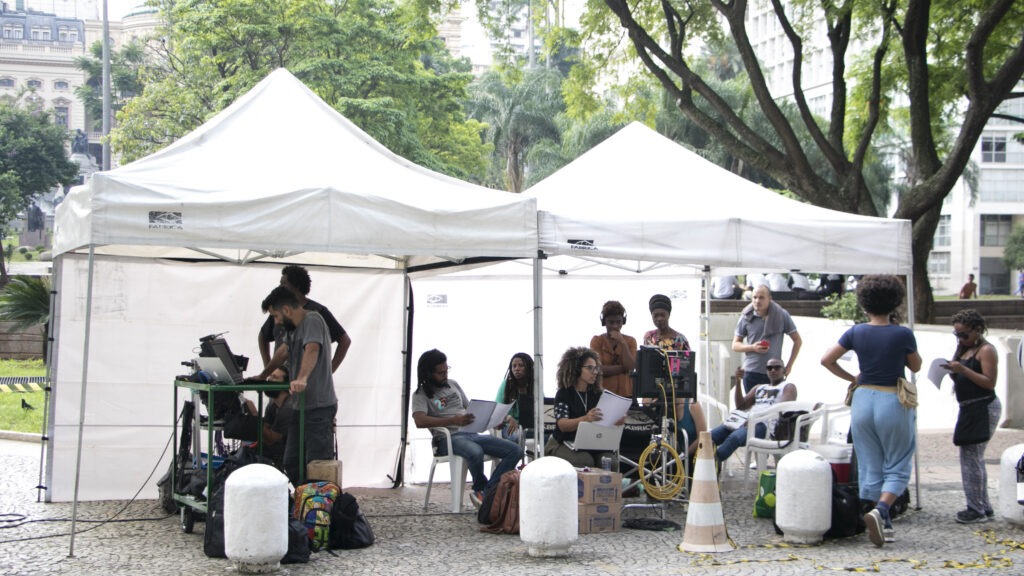 What are your proudest memories working in the industry?

There are two images that for me are very strong and important: the first is the opening of the filming set of my first fiction feature film. All heads of department were black women, and being a part of that set was deeply emotional and special for me. The second image that makes me proud was the mobilisation of the network of APAN members towards seeking psychotherapeutic, humanitarian and financial support for colleagues who were directly impacted by the COVID-19 pandemic. Many of them had lost the conditions to support their families and, through our networking, I was able to lead a team that raised and distributed approximately USD 1M in support for black and native peoples workers of the Brazilian audiovisual industry.

How do you balance academic commitments with your roles in the film industry?

I count on a key element: the passion for what I do. I am completely passionate about my work. Furthermore, I try to nurture a personal and professional versatility because it forces us to look at the world from different perspectives, and performing in apparently different fields helps us to find creative solutions to everyday obstacles. Being a multitasker was a significant part of achieving this balance emotionally and psychologically. Now, having the support of competent and collaborative teams and good time management are essential elements to find the balance between academic commitments and work in the film industry.

In 2021, you were selected as Chair of the Brazilian Selection Committee for the Oscars, leading the selection process of the Brazilian representative for the Academy Awards! What experiences did you gain from this role?

Without question, it was one of the biggest responsibilities that I've ever taken on in my life, and I say that because we made our decision based on the interaction with individual and collective dreams. We had highly qualified works to choose from, carried out by industry peers with a deep commitment to our country's image, and all of them in competition with each other. I am glad that we reached a decision that made our industry and country proud, indicating a film that is a source of imagery poetry: "Babenco: Tell Me When I Die" was already a classic from the start. For all that, I can say that chairing a Brazilian Selection Committee for the Oscars was a great honour for me. 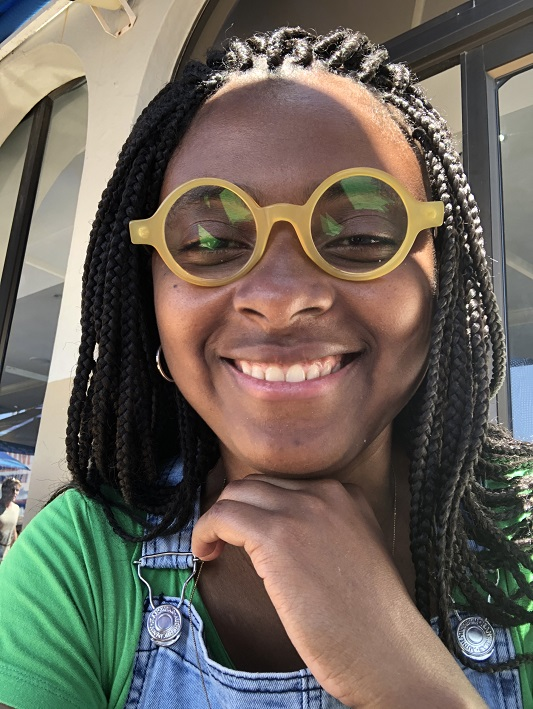 What is your favourite film, and why?

This is a tricky question! [Laughs.] I like many films of all different genres. However, I can certainly name among my favourites the 1972 short film Spirit In The Eye, scripted, produced, directed and starring Zózimo Bulbul. I love it for many reasons, and I relive this feeling every time I watch it, and I've lost count of how many times I've done that. I am still surprised by how Zózimo managed to connect many layers in a single short film, with a strong, complex and artistically ingenious narrative.

What makes the Brazilian film scene so special to you?

Brazil is a huge territory, which brings together a set of great populations and an unprecedented abundance and cultural diversity. This is definitely the source of inspiration that makes Brazilian cinema so special, the diversity that is intrinsic to the Brazilian people.