Written by Joe Jackson on Apr 1, 2022. Posted in Production News

Melbourne’s screen industry has entered a new era with the opening of the city’s first superstage. Covering 3,700 square metres (40,000 square feet), Stage 6 at Docklands Studios Melbourne is one of the largest in the southern hemisphere, enabling the city to host bigger productions than ever before. The first production to shoot in Stage 6 will be Robbie Williams biopic Better Man, directed and co-written by Victorian Michael Gracey (The Greatest Showman).

“With some of the best production staff and talent in the world, epic shooting locations and now the addition of Sound Stage 6, Victoria is a creative beacon for the biggest film and television projects at a global scale," says Danny Pearson, Victoria’s minister for creative industries. “Productions filmed here are creating thousands of local jobs, boosting local businesses, and injecting millions of dollars into our economy, this new super stage will see a significant increase to those benefits across the state.” 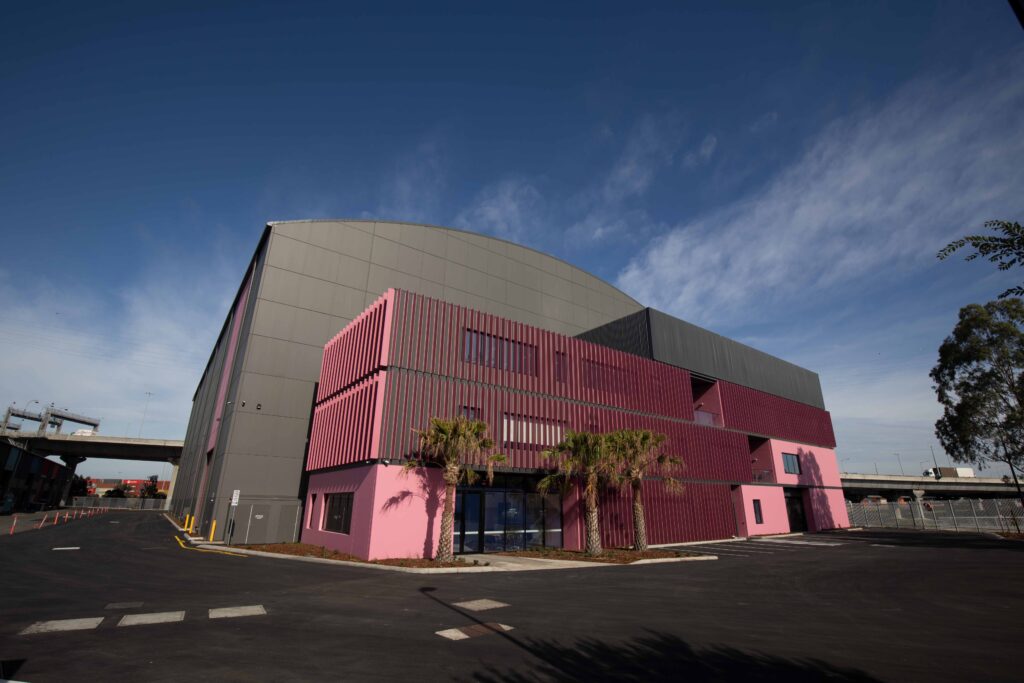 The Stage 6 development includes: a 900,000 litre (240,000 gallon), 4.5 metre (15 feet) deep water tank for underwater scenes; full soundproofing; two equipment hoists, each with a load of 500 kilograms; dressing and audition rooms; a three-storey annex with production offices, plus refurbishment of the studio’s mess halls. 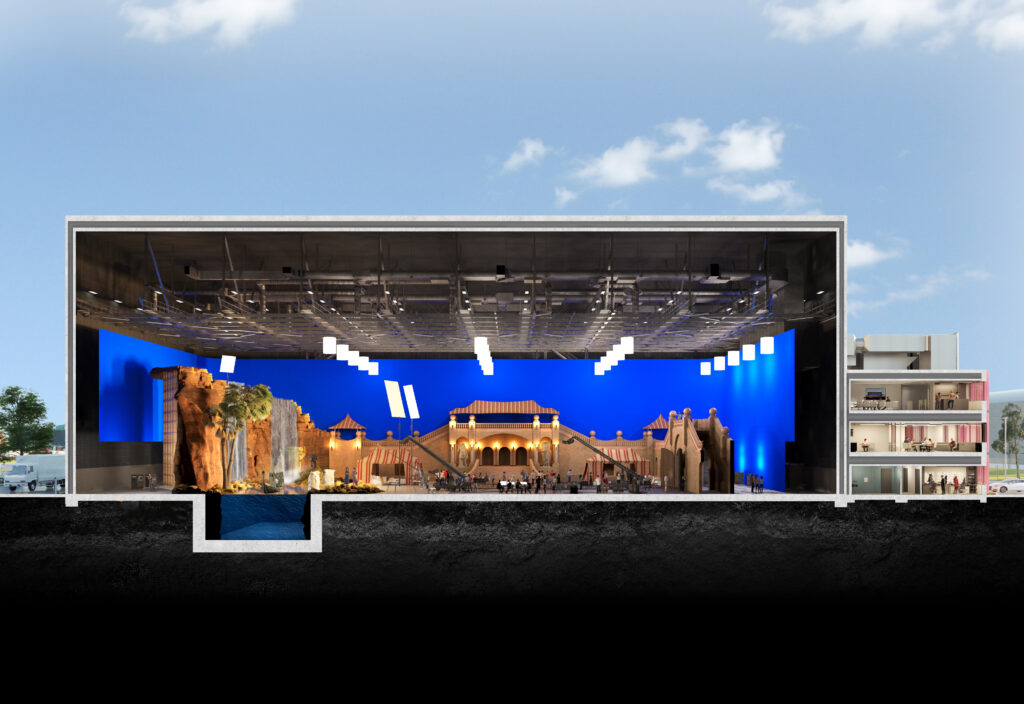 CGI profile of the water pit

International and Australian producers have recently been lining up to film at Docklands Studios Melbourne and the new sound stage will expand total stage capacity by more than 60 per cent.

The AUD46 million expansion of the Victorian Government-owned facility is a key pillar of the state’s screen strategy, adding to a generous incentive scheme managed by the state’s creative and economic screen development agency VicScreen. 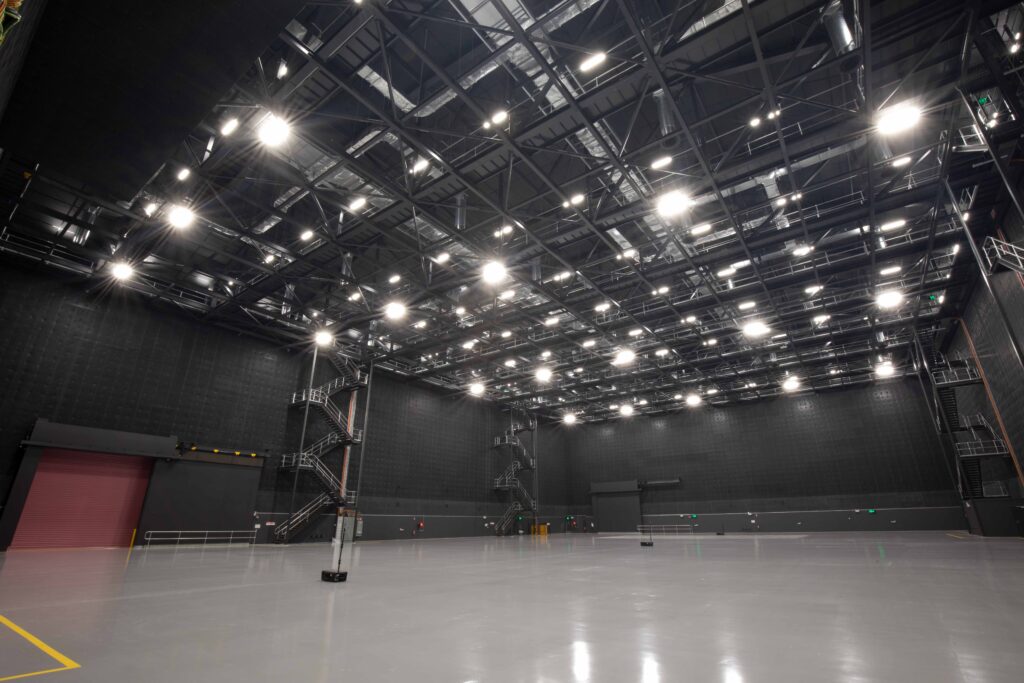 “The global screen industry has grown exponentially in recent years, and the launch of this cutting-edge super stage will allow Melbourne and the state of Victoria to house even more phenomenal productions," adds Caroline Pitcher, CEO of VicScreen. 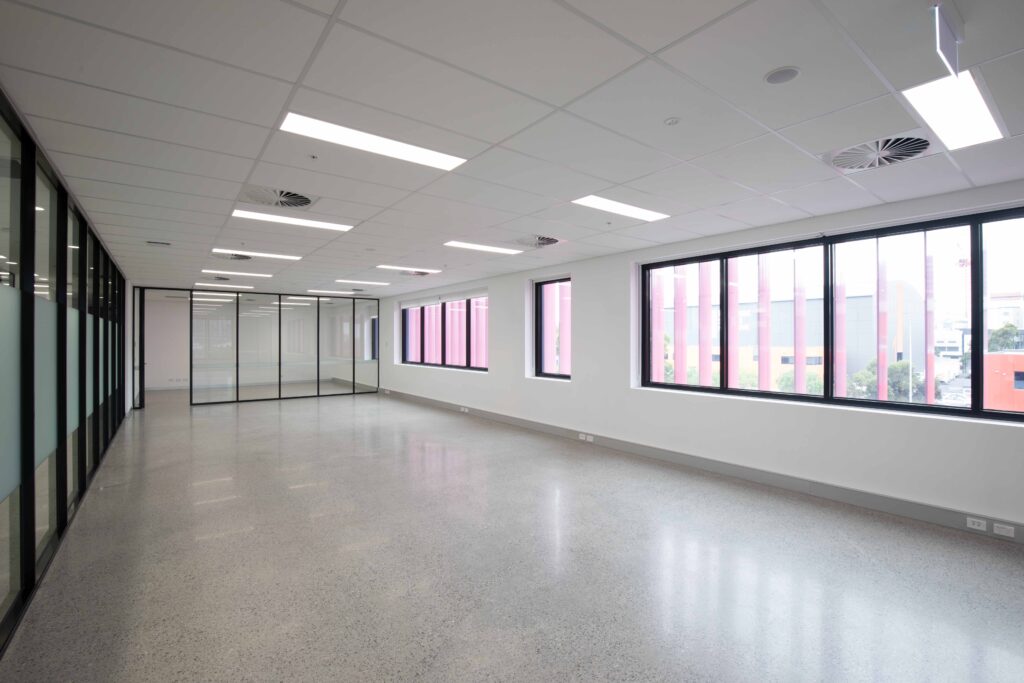 “I am excited to be taking over the running of Docklands Studios Melbourne at a watershed moment for the screen industry in Victoria," reveals Tulloch. “The studio already has a reputation for supporting productions every step along the way, and I look forward to building on its profile in the global market.”

In the last two years, Docklands Studios Melbourne has hosted the homegrown Netflix thriller Clickbait, Paramount Television’s Shantaram, and the first instalment of NBC’s hit drama La Brea. The studio’s 2022 slate includes the second season of La Brea as well as sci-fi thriller Foe, produced by AC Studios, I Am That and See-Saw Films for Prime Video.