Written by Joe Jackson on Apr 28, 2022. Posted in Production News

A new campaign to normalise alcohol-free beer will see Heineken 0.0 put on draught at two of UK television’s most cherished pubs. Coronation Street's The Rovers Return Inn and Emmerdale's The Woolpack are set to stock Heineken’s zero-percent range. With a combined viewership of 11 million, the deal aims to use the popularity of these ITV productions to encourage new drinking habits. Heineken 0.0 will sit alongside fictional beers Newton & Ridley and Ephraim Monk from Friday 29th April. 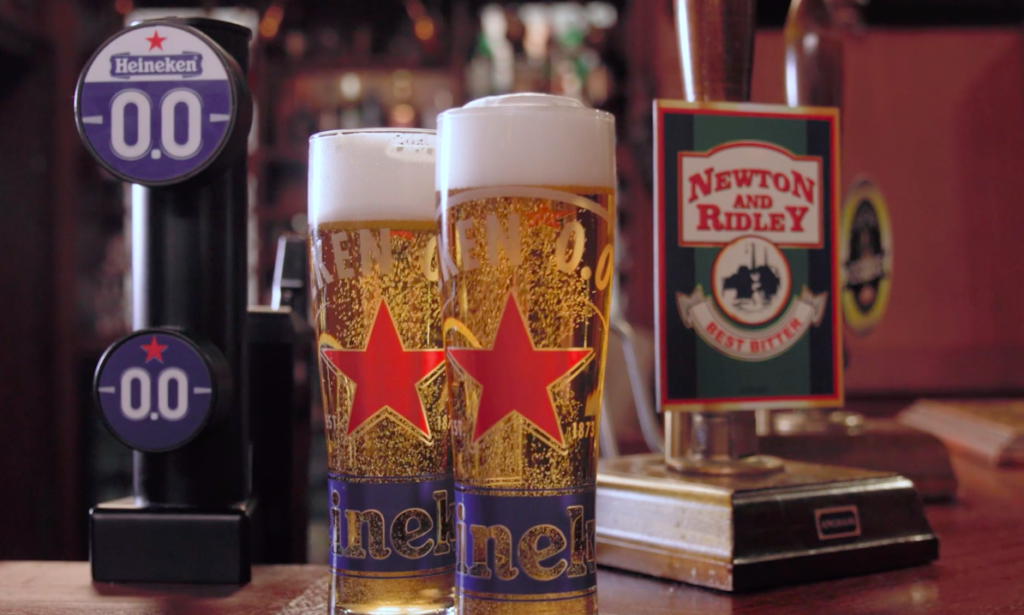 "We're really pleased to be able to put a non-alcoholic beer pump on the bar of our iconic soap pubs, The Rovers and The Woolpack,” details John Whiston, ITV's Managing Director of Continuing Drama. “We all know that we need to be more aware of how much we drink. This new non-alcoholic beer pump from Heineken will be a gentle reminder that there are great, modern, thirst-quenching alternatives to having one too many pints of Newton and Ridley.”

“In light of people’s evolving lifestyles and changes to their relationships with alcohol, we’ve done a lot to raise the profile of Low and No beer in recent years - this is the next phase,” explains James Crampton, Corporate Affairs Director for Heineken UK. “We are totally committed to bringing Low and No beer from the periphery into the mainstream. Coronation Street and Emmerdale are British institutions and both shows have huge influence and cultural currency… We’re very confident that this partnership is going to have a massive impact in terms of helping to normalise alcohol-free beer.” 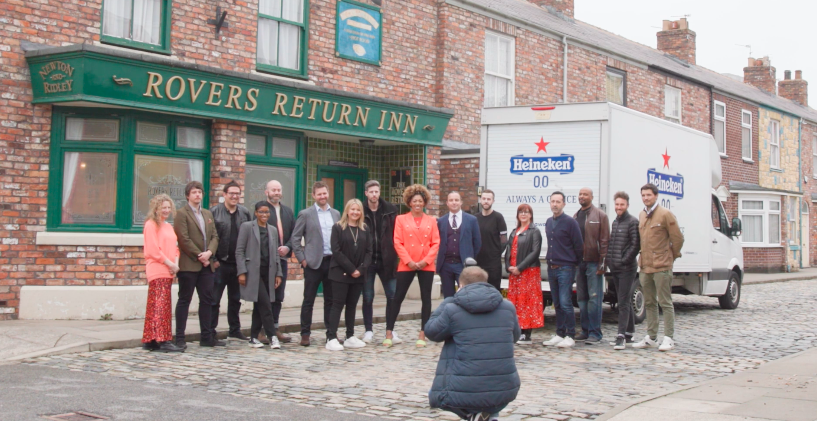 Set in Weatherfield - a fictional town based on inner-city Salford - many characters from the cobbled, terraced Coronation Street turn to The Rovers Return Inn for socialising. Members of the tightly-knit community from fictional Yorkshire village Emmerdale similarly flock to The Woolpack when seeking a drink or two with their friends and family. Much-loved landlords Jenny Connor and Charity Dingle will now be able pull non-alcoholic on-screen pints.

The new deal with ITV follows on from the launch of Heineken 0.0 Draught in a cohort of British pubs last year, dovetailing the national roll-out of the beer into hundreds of pubs throughout 2022. The move also aligns with Heineken’s ‘Always a Choice’ promise, aiming to have as many Heineken 0.0 Draught taps as there are Heineken Original taps in British pubs and bars by 2025. 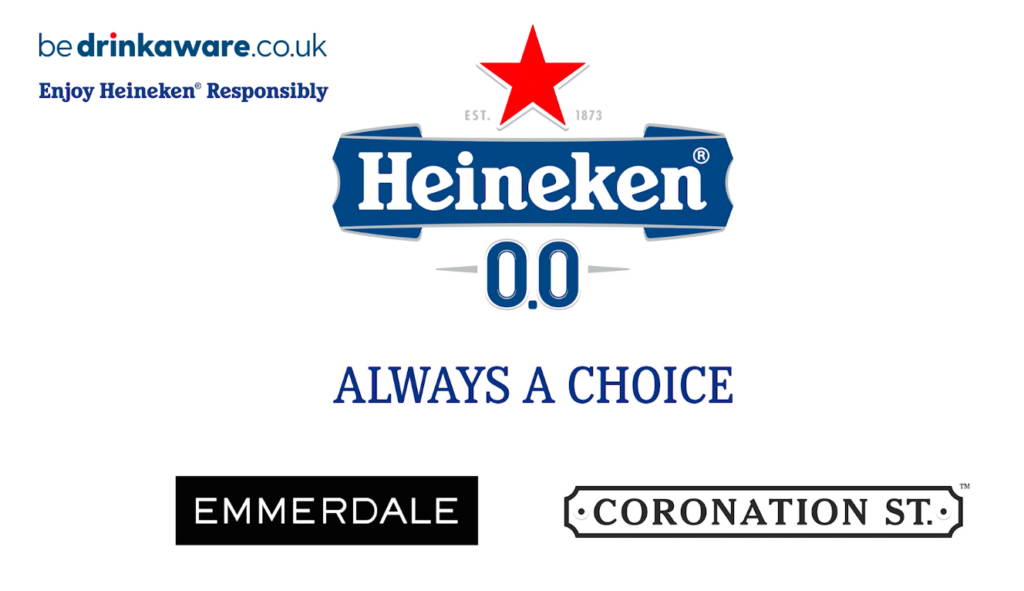 “This partnership has the opportunity to make huge changes in public perception of alcohol free beer,” emphasises health expert Dr Zoe Williams, anticipating that the deal will have a strong impact on mindful drinking. “The great British pub plays a key role in many of our lives, including the residents of Coronation Street and Emmerdale, so being able to head down to the local and have a pint of alcohol-free beer with friends and family means more people can be included and enjoy time together whilst drinking mindfully.”

First airing in 1960, Coronation Street is the longest-running soap in the world as well as the most-watched soap in Britain. Product placement (PP) was introduced on UK television in 201, with ITV leading the way with the very first PP on British screens. In the same year, the first peak time product placement was introduced via Coronation Street. ITV unveiled one of the biggest PP deals on British TV when Costa Coffee and Co-op storefronts as part of the new extended Weatherfield set.

Emmerdale first aired in 1972 - and celebrates its 50th Birthday this forthcoming October. Originally a twice-weekly daytime soap, the show has become one of Britain’s longest-running and highest-rated continuing dramas.

Images courtesy of Heineken and ITV