Written by Joe Jackson on May 11, 2022. Posted in Awards and Festivals

Cannes Film Festival returns in May for 75th Anniversary

Cannes Film Festival is back in its traditional May slot after two years of disruption. Attendance figures for Cannes’s 75th Anniversary are expected to reach pre-pandemic levels, hitting between 30,000 and 35,000 accredited guests in comparison to 20,000 at last year’s July edition. While the 2021 festival included over 80 titles in its Official Selection category, 2022’s line-up currently stands at just under 70 films. Previous Palme D’Or Winners are in contention for this year’s top prize, alongside a host of familiar - and surprise - names across the international filmmaking community. Swedish filmmaker Ruben Ostlund has generated lots of hype for his first English-language undertaking Triangle of Sadness. This dark comedy stars Woody Harrelson, Harris Dickinson and Charlbi Dean, exploring what happens when a fashion model celebrity couple attend a luxury cruise for the mega-rich echelons of society. Ostlund won Cannes’s top prize back in 2017 for art-world satire The Square.

Romania’s Cristin Mungiu returns to the festival with RMN, in which a man visits his family’s village for Christmas only to discover that the local community are riddled with prejudice towards foreigners. Mungiu won the Palme d’Or in 2007 for his thriller 4 Months, 3 Weeks and 2 Days, and won Best Screenplay in 2012 for Over The Hills. 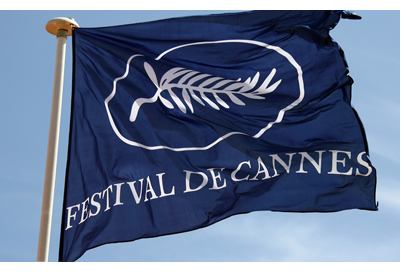 Broker marks the return of Hirokazu Koreeda. Having won the Palme d’Or in 2018 for Shoplifters, the Japanese director’s latest outing explores ‘baby boxes,’ a system that allows parents to anonymously give up their infants for care elsewhere. Meanwhile, the Dardenne brothers are back with Tori and Lokita, focussing on the friendship of two youngsters who have travelled from Africa and find themselves in Belgian exile. Jean-Pierre and Luc Dardenne are among the few directors to win the Palme twice, in 1999 and 2005 for Rosetta and The Child respectively.

Mother And Son is a second feature for Léonor Serraille, winner of won the Caméra d’Or in 2017 for her first film Jeune Femme. Her latest project follows a woman’s fortunes over 30 years, tracing her experiences as moves from Africa to the Paris suburbs with her two young sons in the late 1980s.

Hollywood studios are attending Cannes in force. Hollywood largely sat out 2021’s edition, exhibiting reluctance to promote big projects while so many cinemas were closed. This year, however, some of film’s biggest names are set to feature in the Competition Films. While Viggo Mortensen, Lea Seydoux and Kristen Stewart are headlining David Cronenberg’s sci-fi thriller Crimes Of The Future, Anne Hathaway, Anthony Hopkins and Jeremy Strong star in James Gray’s 1980s coming-of-age tale Armageddon Time. Cannes 2022 will also pack a few surprises for its guests. The opening film is French zombie comedy Z by Michel Hazanavicius, echoing when Jim Jamusch’s zombie outing The Dead Don't Die kicked off the 2019 edition. 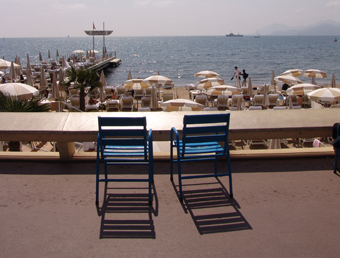 Cannes has selected two films by Ukrainian directors: Sergei Losnitza’s The Natural History Of Destruction and Maksim Nakonechnyi’s Butterfly Vision. Although some festivals have chosen to ban filmmakers from Russia altogether, Cannes has taken a more nuanced approach, showing films by Russian directors who are independent from Vladimir Putin’s regime. Kirill Serebrennikov - now living in exile in Europe - is back at Cannes for a third time with Tchaikovsky’s Wife.

The Location Guide is teaming up with Filmmakers for Ukraine and EUFCN for a fundraising campaign at Cannes this year. Ukrainian lapel pins will be sold at events and pavilions, and a minimum donation of EUR10 is required by scanning a QR code. Further information is available here. The team that produces The Location Guide, FOCUS, makers magazine and makers and shakers Awards will be attending Cannes Film Festival and Cannes Lions. Click here to request a meeting.