Written by Malcolm Scerri-Ferrante on May 3, 2022. Posted in Contributors

The industry that supports foreign productions that film in Malta, the film servicing industry, is going through some debate about the need to form a union for local crews in order to protect their rights and wages.

This industry has matured enough to benefit from such a union but only so long as the union is formed professionally and its administration understands the industry. Local producers and service providers can also benefit from a union.

For example, when foreign commercials film in Malta, these can, at times, be ruthless in terms of the crew hours worked. Some clients expect crews to work overtime regularly on consecutive days, resulting in severely reduced hours of rest between one filming day and the next.

In the industry we call this “turnaround”. Most countries with developed film industries have unions that stipulate a minimum number of rest hours as well as penalties when the standard number is breached.

For local producers, such union rules could make life easier when ‘arguing’ with clients about the need to limit very long days.

Not for the first time, I have witnessed a production filming within far fewer days than are deserving purely for budgetary reasons. In these instances, the work is hugely underestimated by the client, sometimes deceptively and other times out of pure naivety, and overtime becomes inevitable to the point of people working 15- or 16-hour days for several days in a row.

At this stage, the ability of clients to pay generous overtime rates is irrelevant when compared to the significantly increased safety risks incurred by the crew when commuting between home and set, not to mention the risks on set arising from mistakes stemming purely from extreme fatigue.

One example where a crew union might have helped is when filming was once taking place in a quarry near the sea on an autumn night. I was one of the producers of the show but there was one day I was indisposed. My executive producer assured me that I was not to worry and that I should not come to the set.

Unbeknownst to me at the time, an unexpected storm was approaching from the sea on that side of the island. Lightning strikes were seen by the crew as the storm gradually got closer to the set.

The Maltese crew, who know only too well how volatile the weather can be between September and October, also knew there was a significant possibility of danger and that filming activity should be halted, at least for some hours.

They chatted among themselves about this but that was all. The foreign producer ignored the obvious visual signs and kept the filming going even when lightning reached the shoreline.

Nobody from the Maltese crew had the courage to approach any of the executives and suggest a quick measure of safety. And no union or ‘foreman’ was available to intervene formally on behalf of the crew. 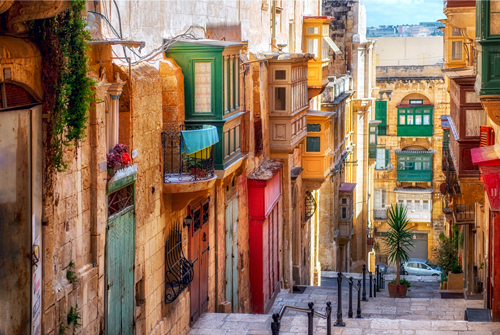 At one point, the skies opened, heavy rain began to flood the quarry and the wind became so fierce that some easy-up tents flew across the set, miraculously missing people by inches. The storm was so strong that equipment was damaged and the following filming day had to be cancelled.

Had a union existed, empowering the crew to voice its health and safety concerns, the production would have been compelled to use its common sense to suspend filming momentarily and take cover, minimising risk for the entire crew and avoiding the loss of another filming day.

This scenario would clearly have resulted in a win-win for all. The wisdom could have easily been there and not only in hindsight. But, clearly, “plan continuation bias” was overriding any basic common sense.

Apart from safety issues, there is also the occasional incident (not accident) where local producers do not insist on strict cash flow schedules with their clients, to the point that payroll gets delayed and, sometimes, reaches the stage when it does not run at all.

The advent of new local service providers who have no experience in this industry can occasionally result in too much ignorance, albeit great enthusiasm, and some untrustworthy clients like to take advantage of this by not adhering to timely payment schedules. A responsible union would step in at the first signs of trouble and would issue ultimatums to the production before filming is completed.

There are many valid arguments in favour of a crew union and there are many reasons why honest local producers and employers can benefit from such an organisation. If employers have in their mind only fair play and the well-being of their crew, there is no reason to fear any union.

However, fear can be legitimate where a union is not politically neutral and obviously associated with a political party, since local crew are traditionally politically diverse.

Then there is the risk of crew members being given minimum pay grades without a proper assessment of their experience.

Fundamentally, a film crew union needs to truly understand this very unique industry, which is not comparable to other industries. Actions by the union must be well informed, smart and responsible, not frivolous or capricious.

In conclusion, the formation of a crew union should be encouraged. However, a politically biased union which lacks film experience and is only too ready for confrontation with pitchforks could easily hinder productions. This would risk creating a ‘them and us’ mindset that would not be conducive to positive development of this industry.

Malcolm Scerri-Ferrante has over three decades of experience as a line producer and production manager in the film and TV industry.